A kid went viral last week after he was pictured crying because some guards took some packs of fruits he’s selling – and his story would reach Raffy Tulfo who quickly acted on the issue.

It can be recalled that the kid’s story was shared by netizen Januarie Sinnung Calzado who got angry at the people who took the goods from the kids. While these guys were first identified to be traffic enforcers of the MMDA, they were later correctly identified as private guards at the same location. 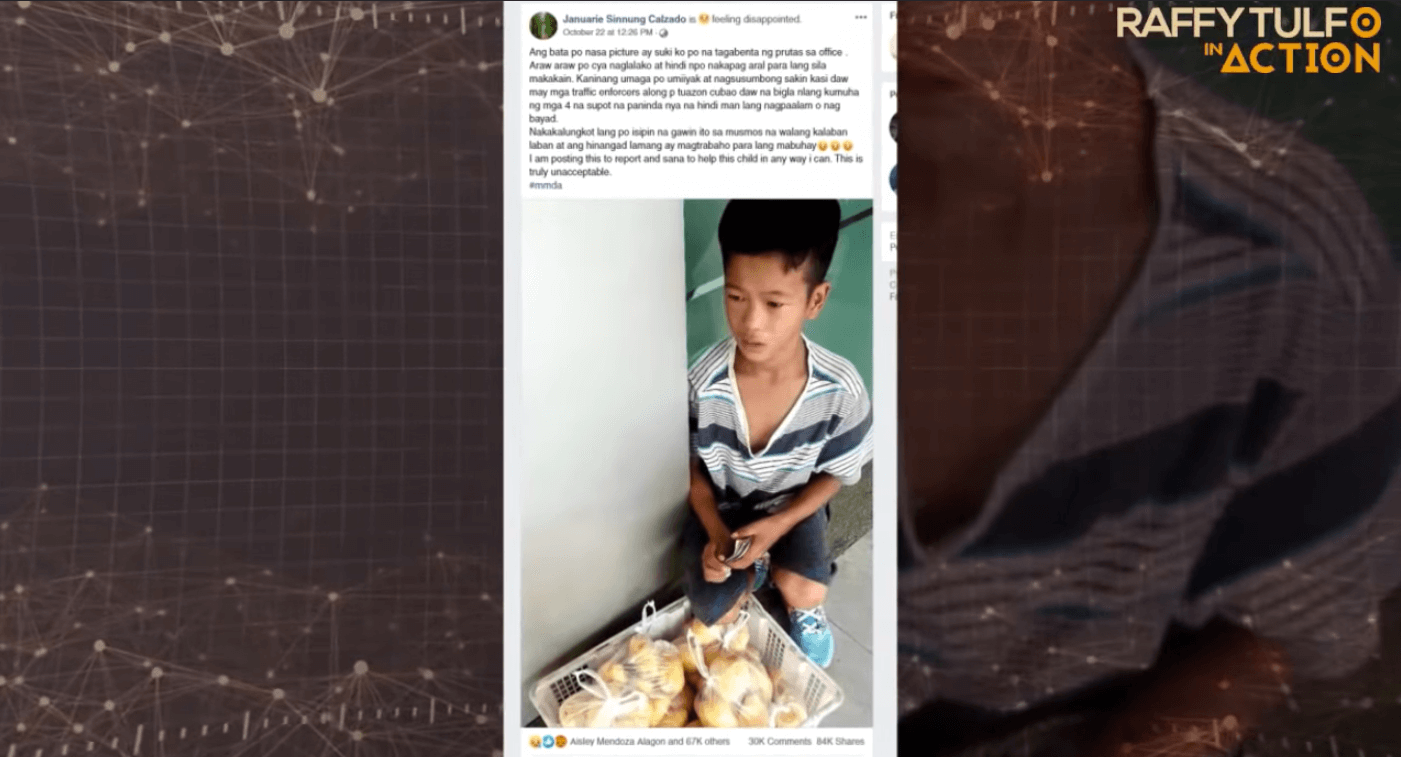 The boy also reportedly identified the guards positively because, apparently, this had actually happened many times before.

See: Kid Vendor Cries after Private Guards Take Some of His Goods Without Permission

As the story went viral, a lot of netizens tagged Raffy Tulfo in Action in hopes that the veteran broadcaster, known for his “Aksyon Agad” (immediately/fast action) stance and iron fist, could quickly help the kid and find resolution to this issue as fast as possible.

Indeed, as soon as he learned about the issue, Tulfo called up Ramon Kasala, the Executive Officer of Brgy. Socorro, Quezon City, to ask what action the barangay has done to solve the viral issue. 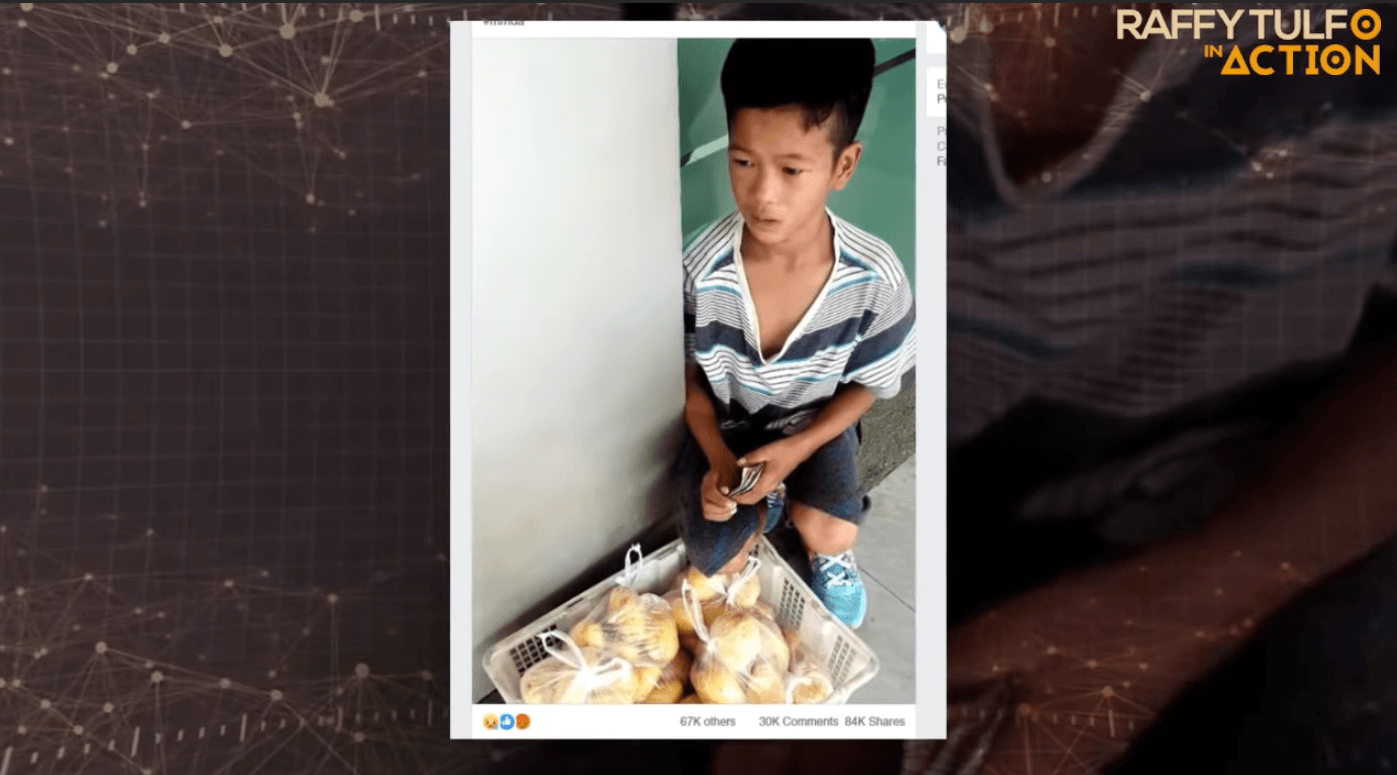 Kasala told Tulfo that when the barangay officials learned about the viral post, they immediately investigated the matter. All the traffic enforcers on duty on that day were called up to the barangay hall to give their statement regarding the issue.

The Executive Officer said that based on their investigations, the traffic enforcers were not involved in the matter. However, the line was cut; thus, he was not able to reveal the rest of their investigation and whether the culprits were discovered. 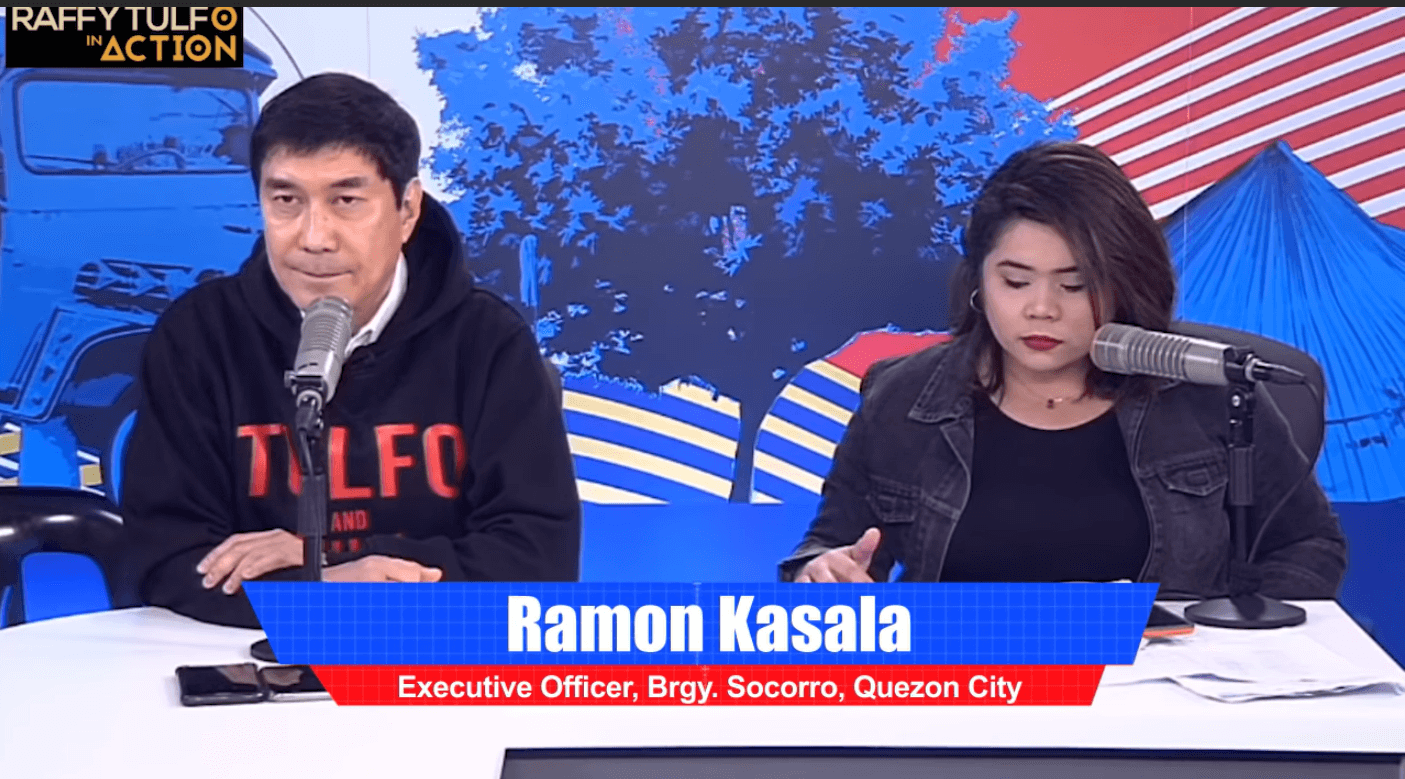 Most Common Fruits in the Philippines

These fruits are common in the Philippines and are available all year round: