Some netizens say that it was, perhaps, a blessing in disguise that Marlou “Jay-r” Duran Jr. had his mangoes taken by the security guards of Araneta Center. Because this paved the way for the kid to find help from many concerned netizens and Raffy Tulfo. 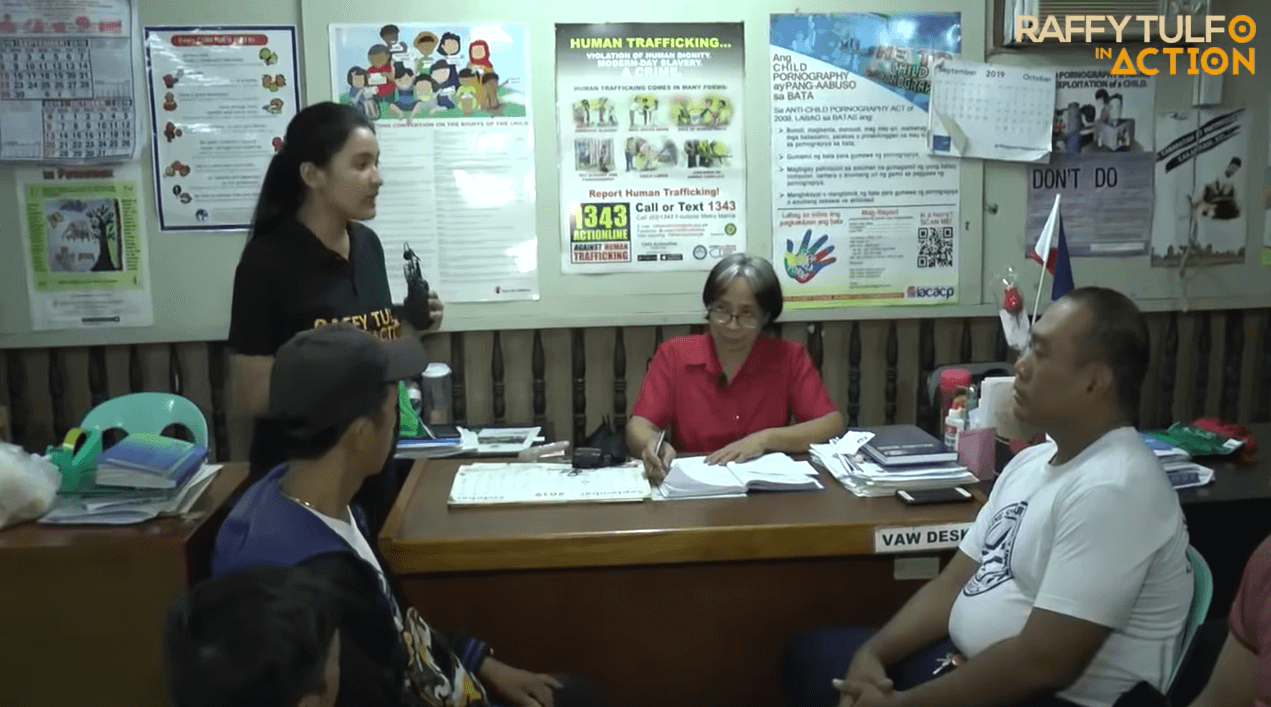 It can be recalled that the boy was photographed crying outside an office building after telling a worker there that ‘traffic enforcers’ had taken four packs of his mangoes. He did not even mention that they also took Php500 from his earnings. 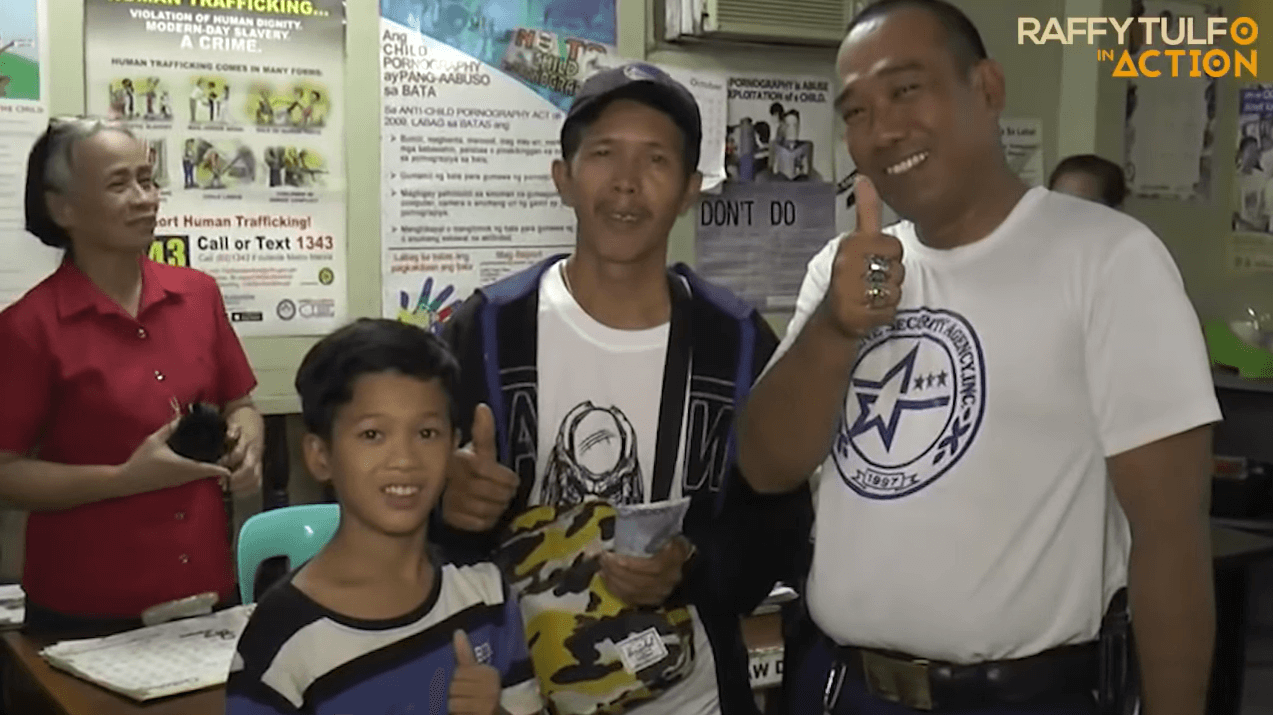 As they met at the barangay hall for the investigation, the ‘traffic enforcers’ were identified as security guards at the Araneta Center. They claimed they were just joking around with the boy, but he was clearly scared of them and understood they were bullying him.

This angered netizens and Tulfo, especially because the guards had big bodies, eclipsing the body of the skinny 12-year-old kid. 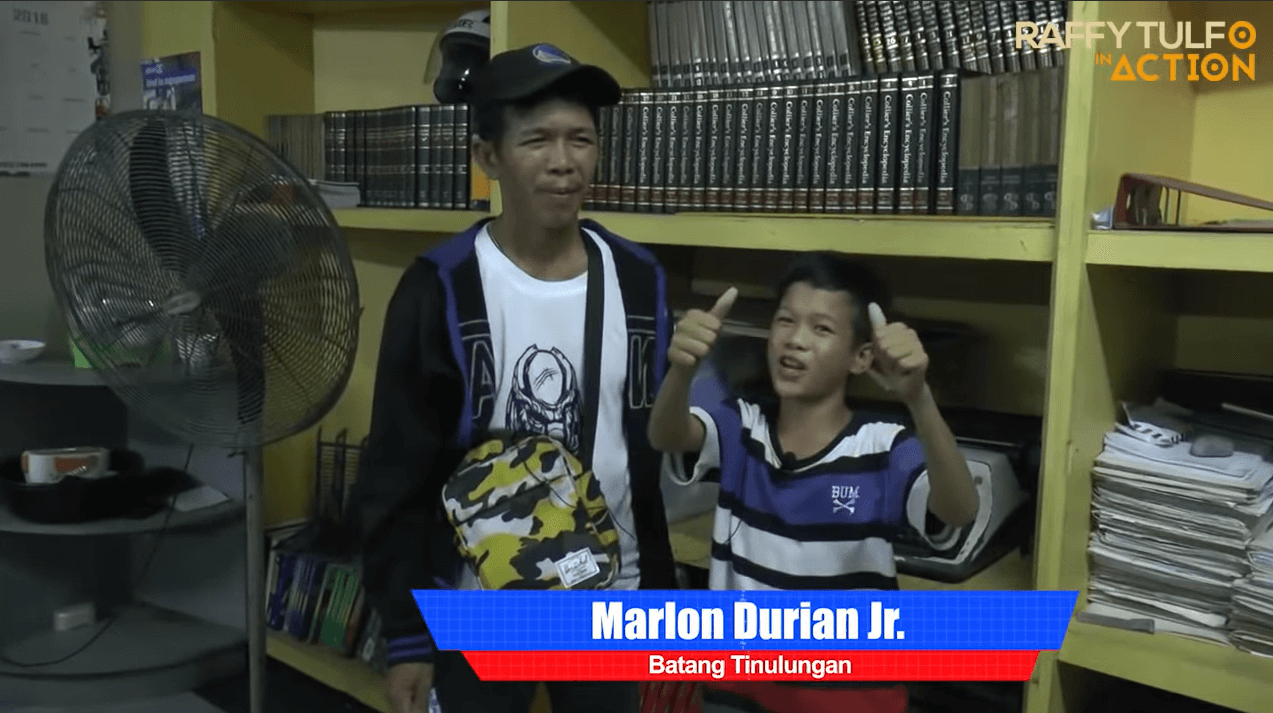 After their meeting at TV5 wherein Jay-r’s father demanded Php10,000 as payment for the loss of income they incurred and for the fear they incited on the kid, the security guards signed the agreement at the barangay hall. Then, they once again asked forgiveness from Jay-r and his father. The guards looked sincere as they promised to never do this again – and to even help out the family when they can. 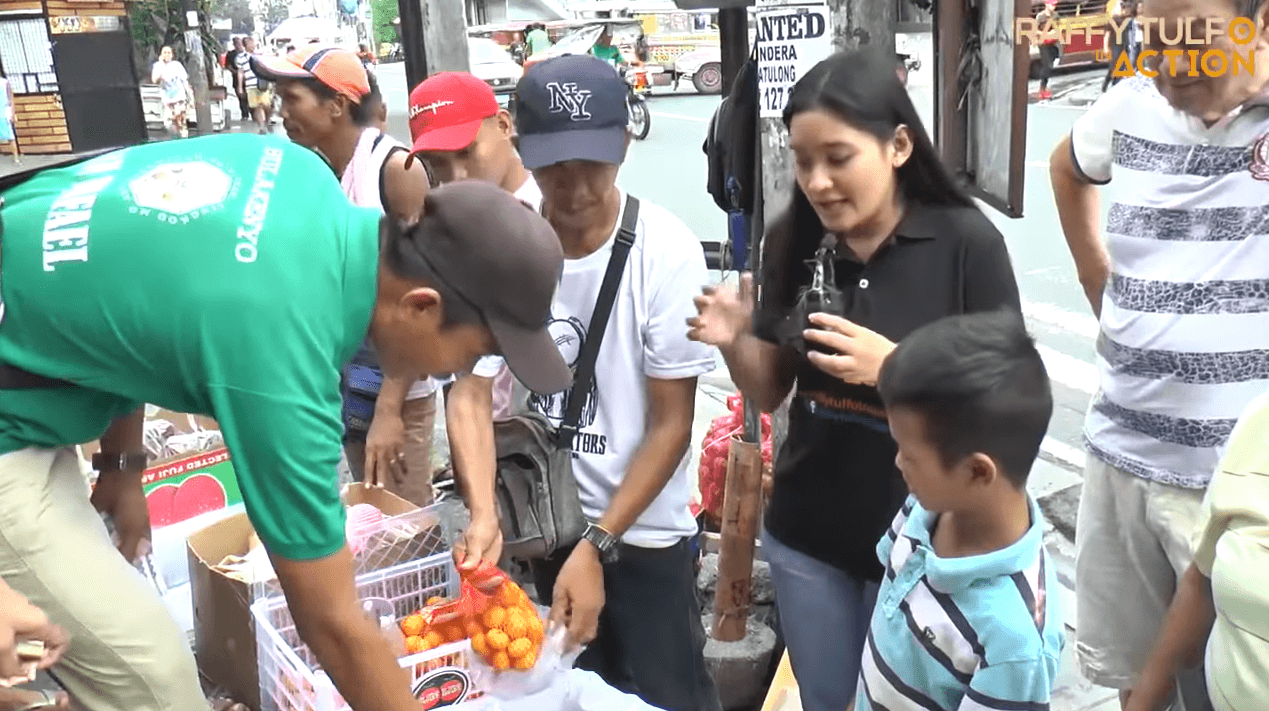 As the Tulfo team visited Jay-r and his family selling at the streets the following day, they were invited to take a break as they shopped for clothes and toys for Jay-r and his siblings. Then, as the boy had wished from Tulfo, they got the family two sacks of rice and other grocery items. 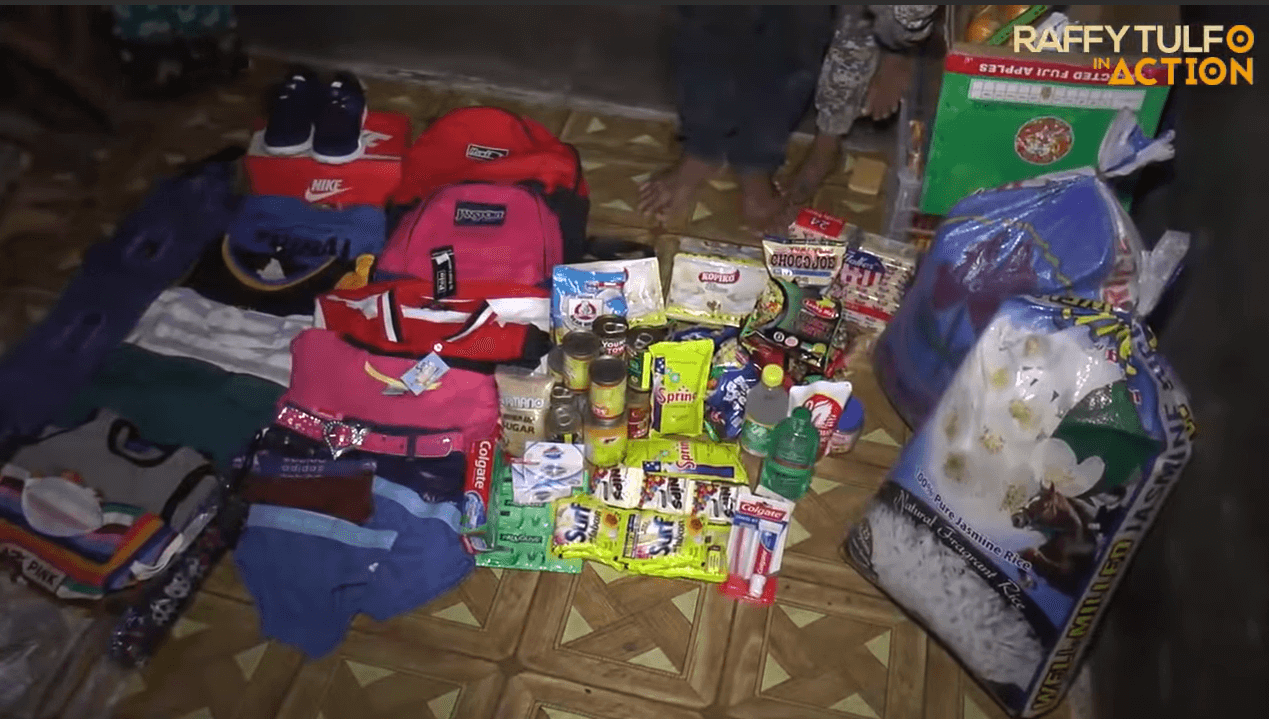 Watch the wonderful finale here as the boy smiles with happiness, thanks to the gifts they received from Tulfo:

Toys are truly the best gifts for kids because this brings them happiness. Still, clothes and shoes also come in handy. Bags, socks, school supplies, and food are also a good idea.