A young couple on the verge of breaking up because of their mutual immaturity are now back in each other’s arms after going through the 1-week challenge issued by Raffy Tulfo.

Their story went viral after the wife, 22-year-old Princess Sarah Andaya, sought help from Tulfo to speak with her husband, 25-year-old John Paul Nonato, in hopes that they could still save their marriage. 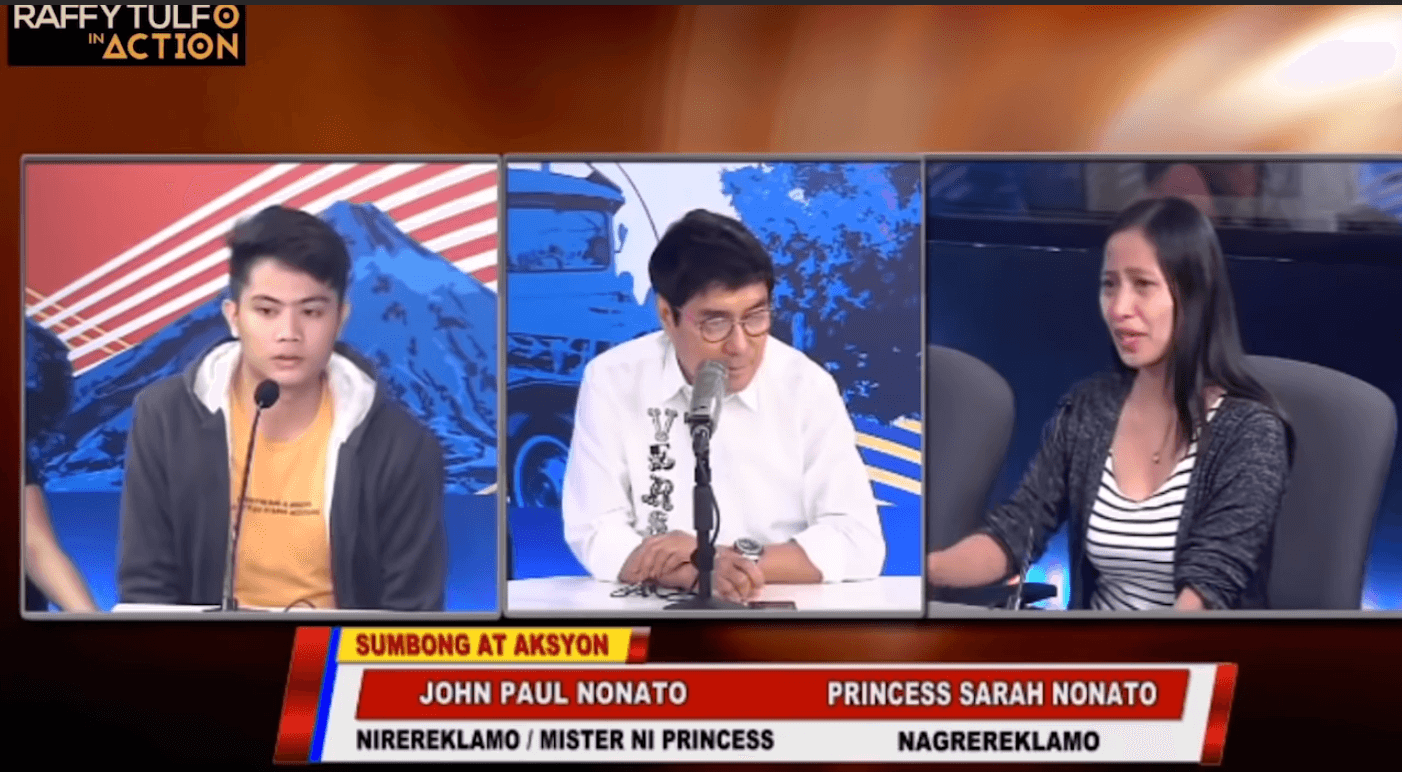 While Princess Sarah sometimes suspects that there’s a third party due to John Paul’s secretive actions, what really drives them apart is how the latter often goes back home to his parents when things gets difficult with his wife and kids. 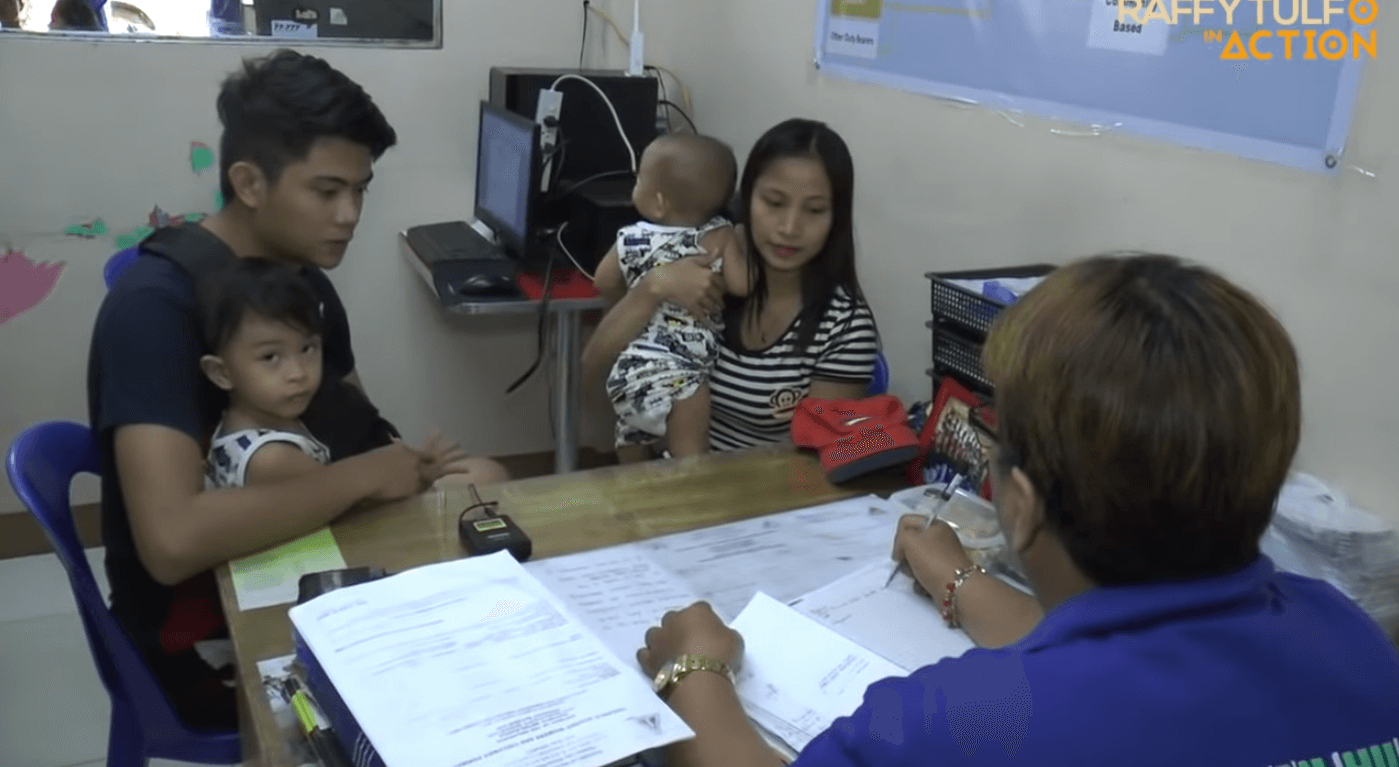 After their talk with Tulfo, he issued a 1-week challenge to the couple – and they both accepted. In the challenge, they are given 1 week to sort out their problems and try to see whether they could truly still have a great relationship together.

The couple went to the Barangay Hall of Batasan Hills, Quezon City to work out the agreement, as stipulated in their 1-week challenge with Tulfo. 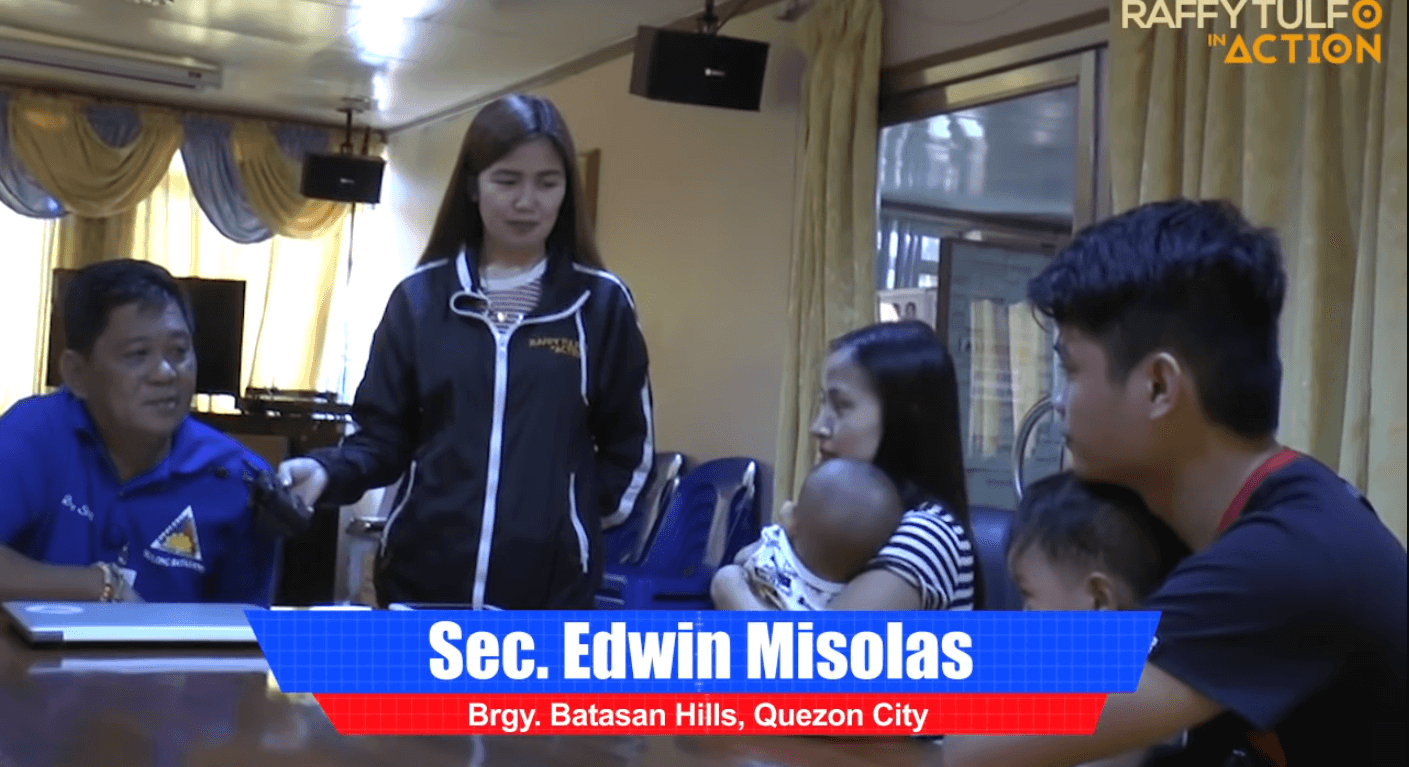 Brgy. Sec. Edwin Misolas advised the couple to face their problems and try their best to solve them. He pointed that Filipinos often ignore our problems because we don’t want to face them; many pick “Hayaan mo na ‘yan” as the ‘solution’. 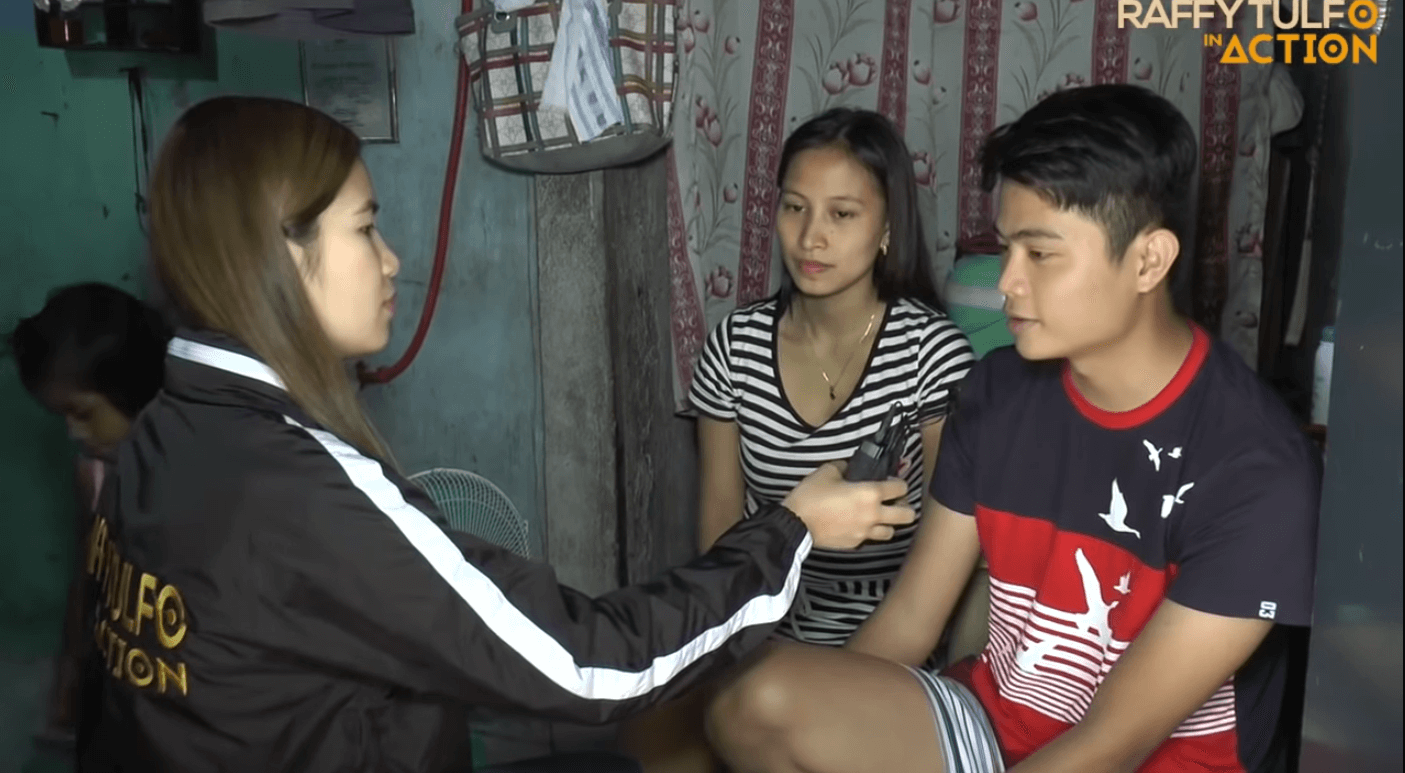 In their handwritten agreement, Princess Sarah promised to change the way she deals with her husband but hopes that they would solve their problems as a couple, imploring John Paul not to immediately run to his parents when they have issues. 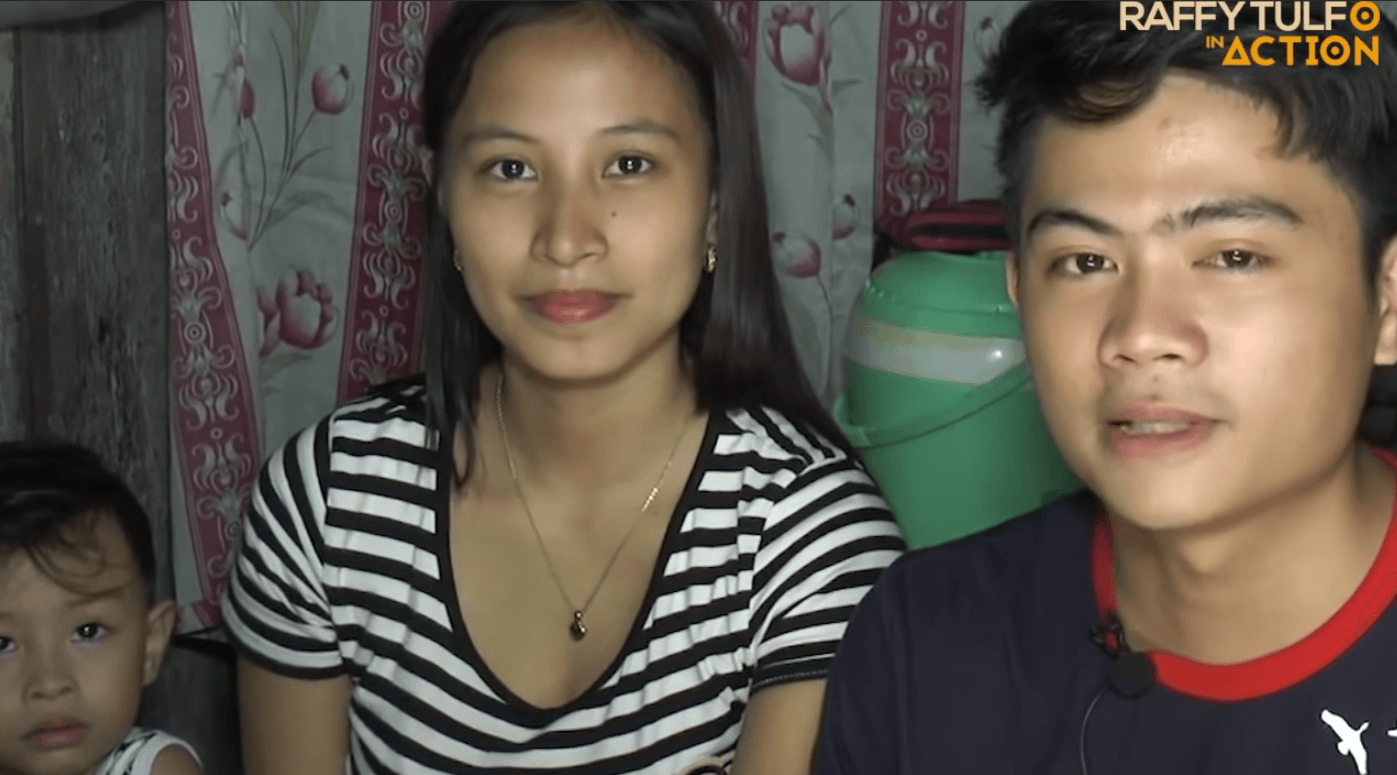