Marriage is a partnership between two people; and it is the time for them to leave their respective families to start a new life on their own. At this point in time, parents should no longer interfere but should just provide them with guidance.

Sadly, one guy who’s already 25 years old but is still an irresponsible mama’s boy would leave his wife and kids to go home to his mom each time they have a major disagreement. 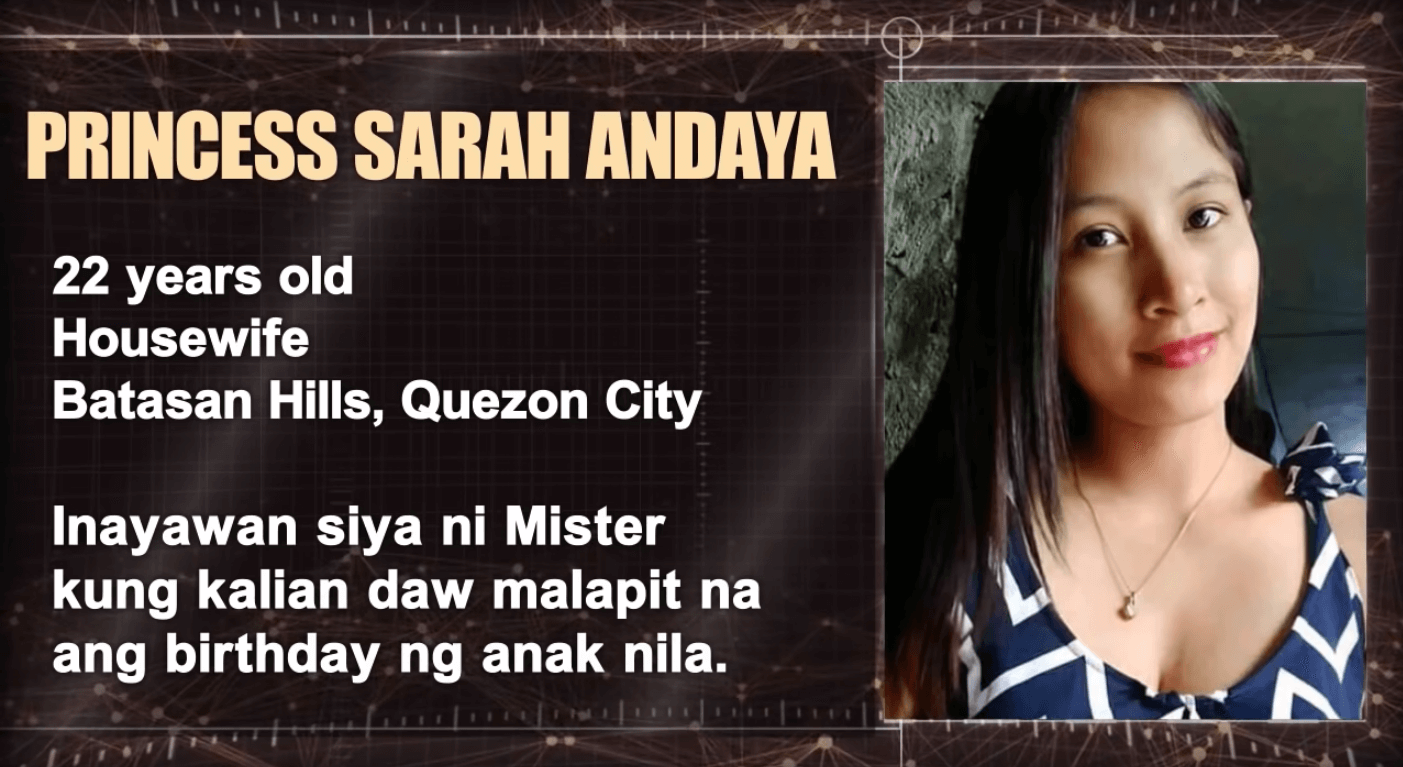 Princess Sarah Andaya Nonato, a 22-year-old housewife from Batasan Hills, Quezon City, has had enough of her husband John Paul Nonato going home to his parents’ house each time they fought. 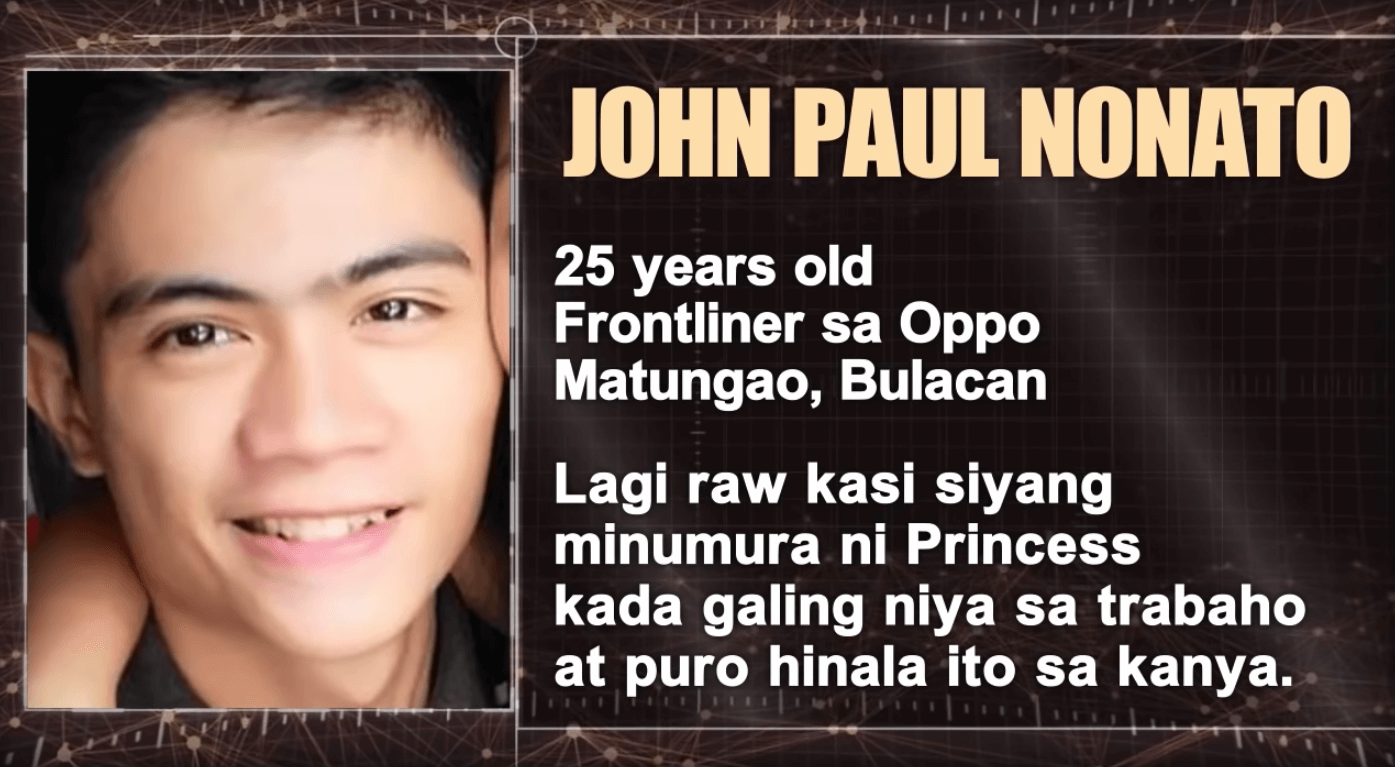 The most recent one happened just days before their younger baby’s birthday as the 25-year-old frontliner at Oppo went back to his parents living in Matungao, Bulacan.

John Paul claims he is too tired of his wife’s nagging ways and didn’t want any trouble; thus, he goes home to his parents to stay away from his wife. 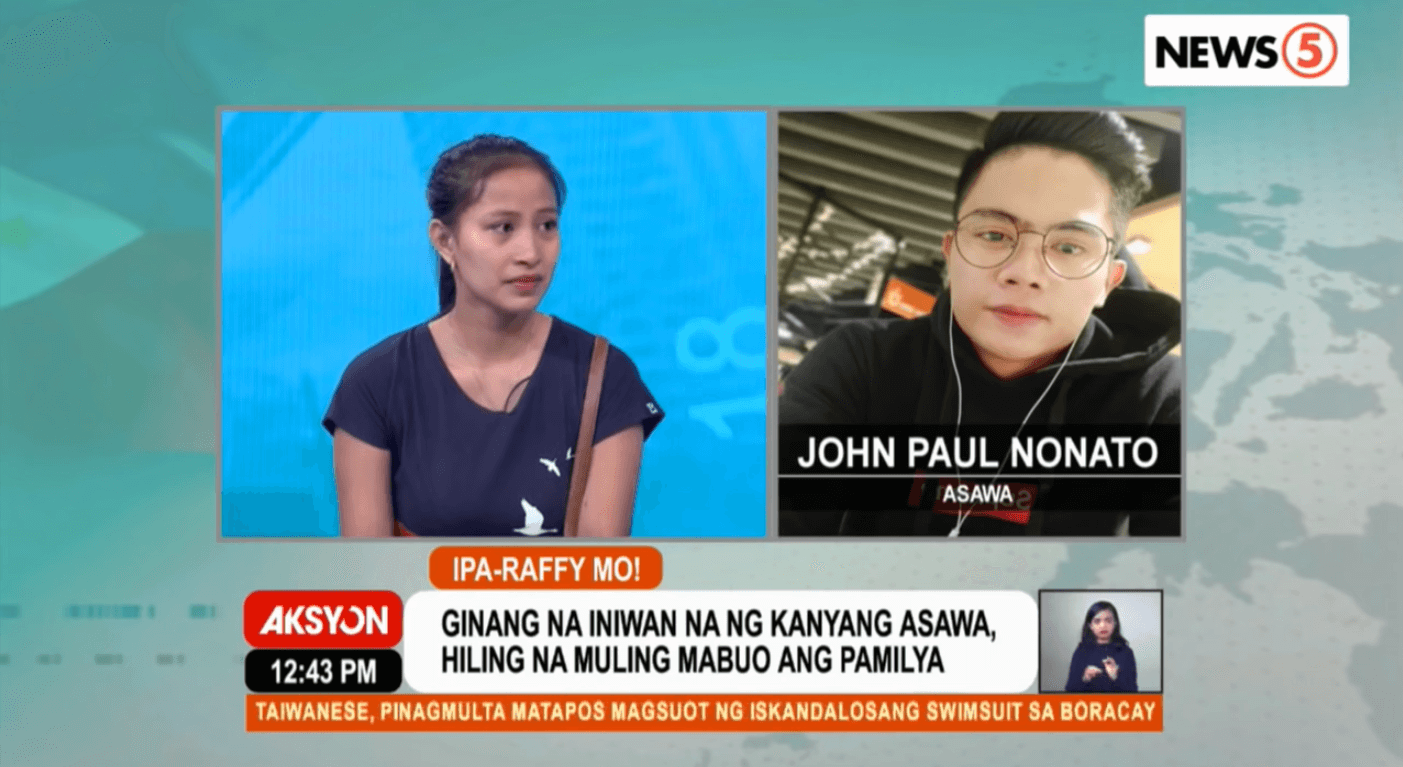 But Princess claims she’s just nagging John Paul because he is irresponsible and doesn’t give her money for their two kids. They live with her parents but John Paul doesn’t provide for the family’s food; instead, he spends his money buying new gadgets on installment. 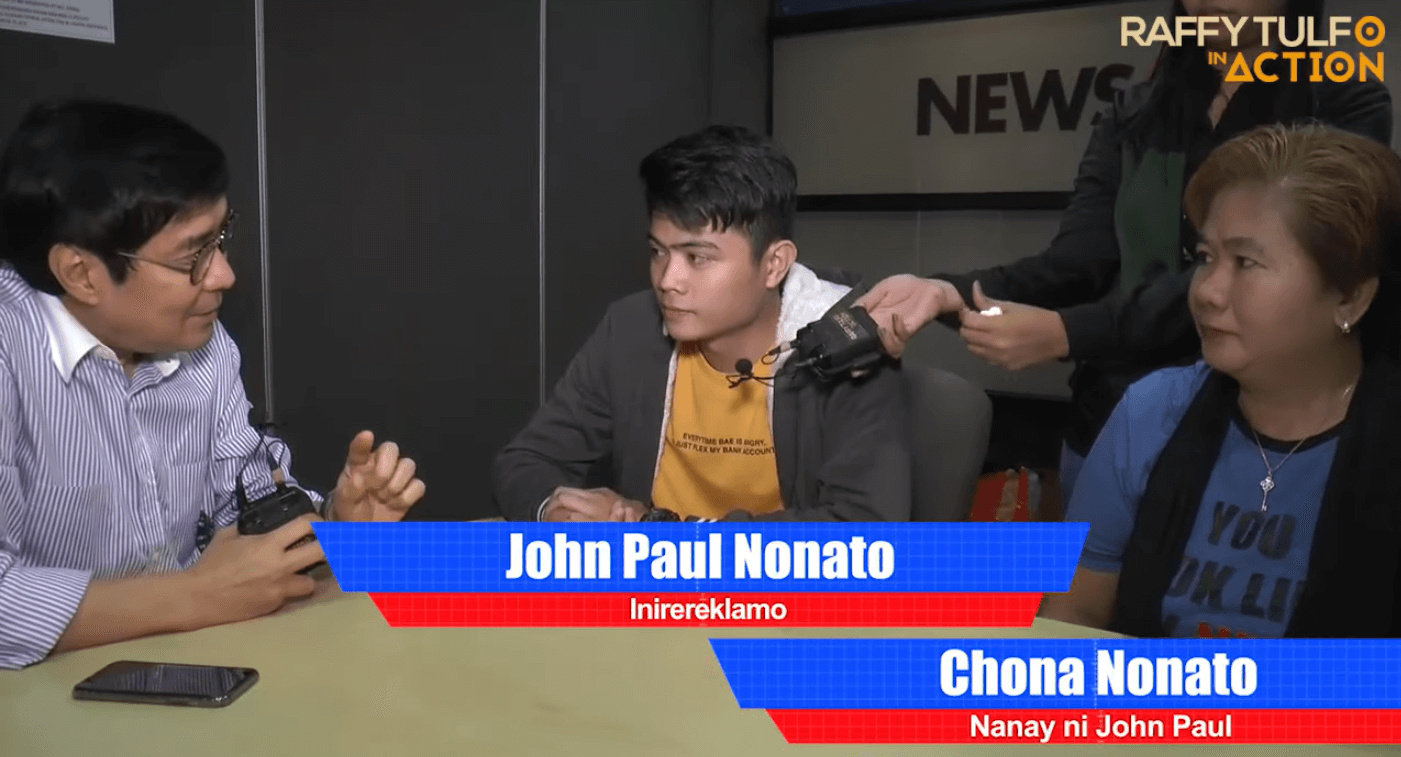 There are also times when John Paul would go out and have dinner with a customer. He also spends time texting other women and even actively asking someone out, even if the girl refuses and tells him to focus on his family. 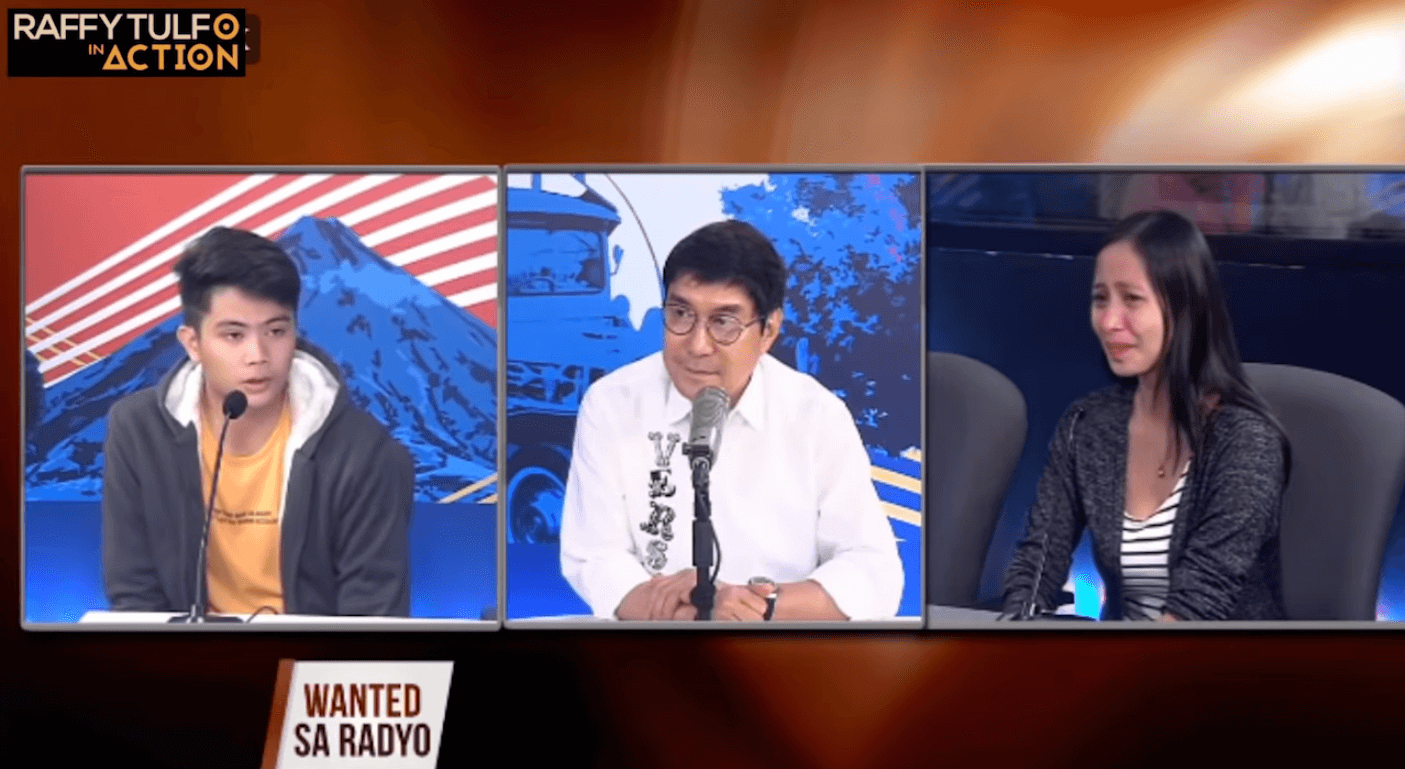 Raffy Tulfo feels dismayed about the couple’s story, saying that he is sad because there are children involved. While he tried his best to save the young couple’s marriage, John Paul claimed he had made up his mind.

Tulfo told him that he is a mama’s boy and irresponsible but hopes that the young man would prove him wrong. When John Paul finally agreed to give their marriage a chance, Tulfo happily congratulated him. That’s reverse psychology at its finest, but many netizens are hoping that this guy would finally change and stand for his family. 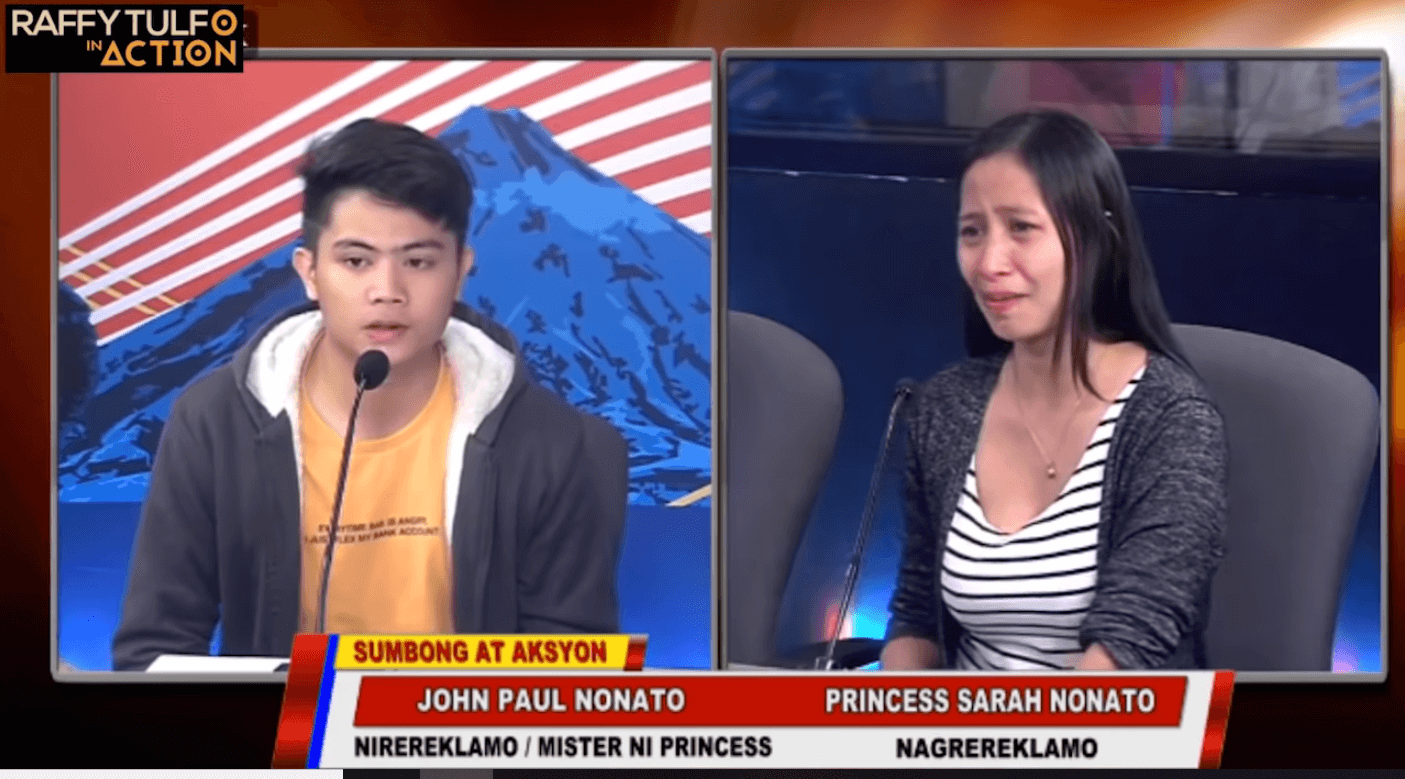 A mama’s boy is a guy who could not make decisions for his wife and kids, without the approval of his mother. The guy is excessively attached to his mother despite him being at the age when he should be economically and emotionally independent.