They had been together for 13 years and have three children together, but a month after they were set to be married, Grobeline Austria canceled his wedding with Rosaila Vista because he allegedly saw many of her videos on several online sites.

Angry over the cancelation of their wedding, particularly because they had already booked the venue and the suppliers, sent the invitations, and getting shamed on social media over the video allegations, Rosaila went to Raffy Tulfo for help.

See: Guy Cancels Wedding after Finding GF’s Videos in a Website, Says Her Scars and Moles are Proof 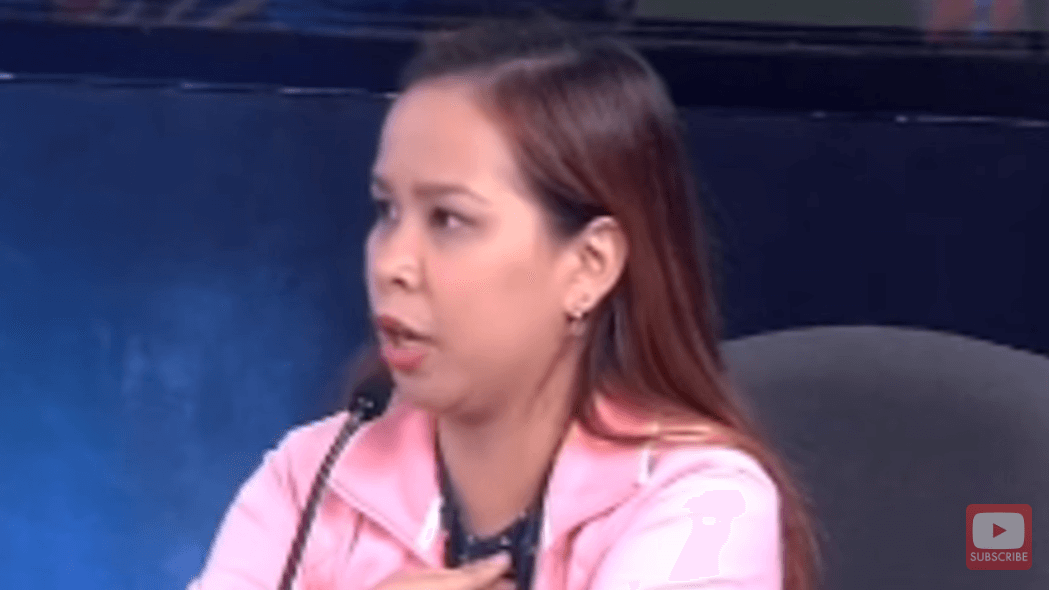 In talks with Tulfo, Grobeline maintains that the girl in these videos are Rosaila, but he could not really establish whether it is her or not because he believes he puts concealers on her moles to hide them. HE further claimed that she spends a lot of money on concealer due to these videos.

He also claimed that the guy in the video is her former best friend and the two even had photos in the guy’s car – but Rosaila laughed this off because the guy didn’t even own a car. 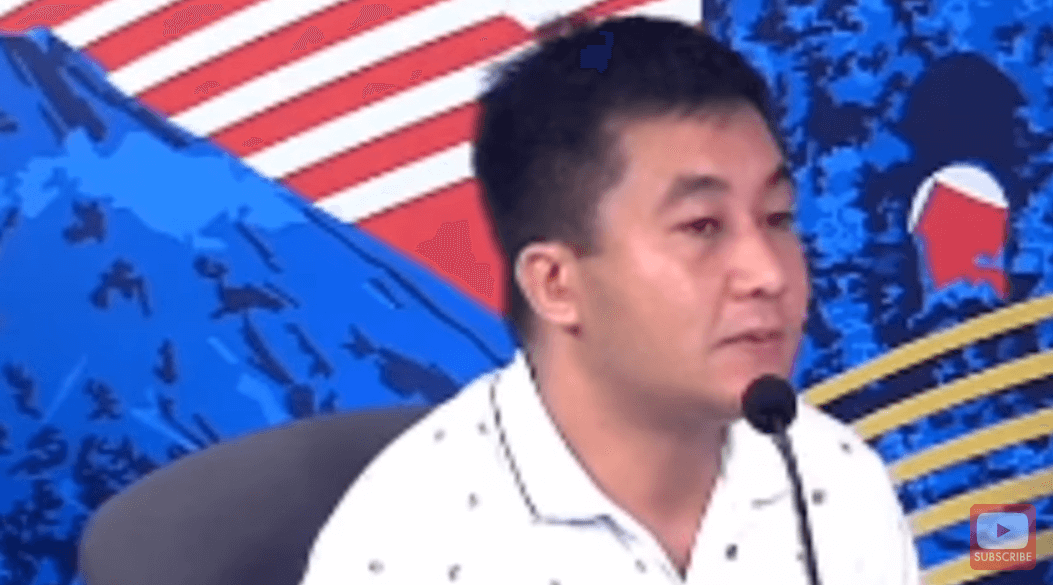 According to Rosaila, she didn’t mind at first that Grobeline continued to post her alleged photos online, even when people sent her screenshots of the posts. She can’t see his posts because he blocked her, but the last straw was when their 11-year-old child received the screenshot from her best friend; this made the young girl cry.

In Part 3, Grobeline finally went to TV5 to meet with Tulfo. According to Rosaila, it was actually Grobeline who told her he would take their problem to Tulfo but she went there first – and now, the guy no longer wants to settle the matter on TV because he wants to do it at the Family Court. 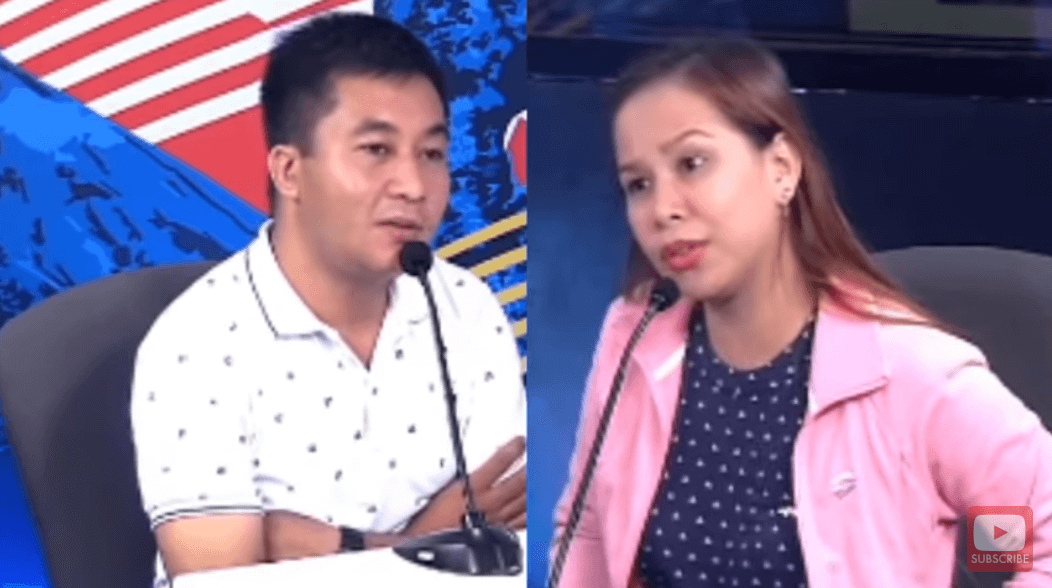 Rosaila felt sad knowing she and her family could not afford if the case goes to the Family Court, but Tulfo told her he would support her all the way – and would even given her two lawyers, if needed. Grobeline might have money but Tulfo was ready to match this guy’s money with his own.

To this, Grobeline claimed doesn’t seek public opinion and doesn’t care what netizens think; he would file the case in court. But Rosaila pointed out that he though he claims that, he still posts about her alleged video screenshots on his account! 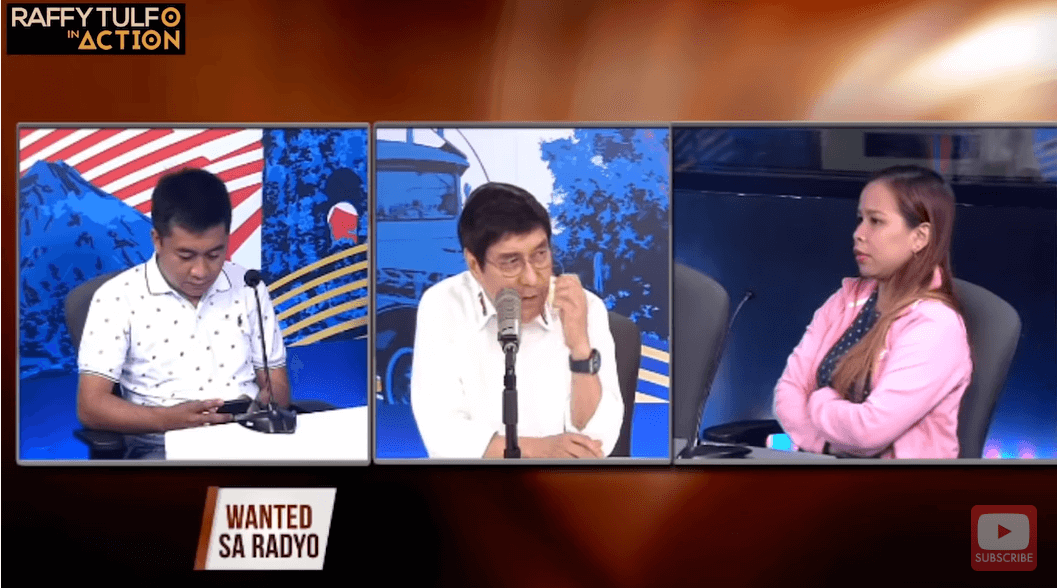 But Tulfo and most netizens don’t believe a word of what Grobeline is saying. In fact, Tulfo schooled him about the claims he made against Rosaila, especially because he admitted that he can’t really establish if the woman in the video is really her and the guy is really his best friend. 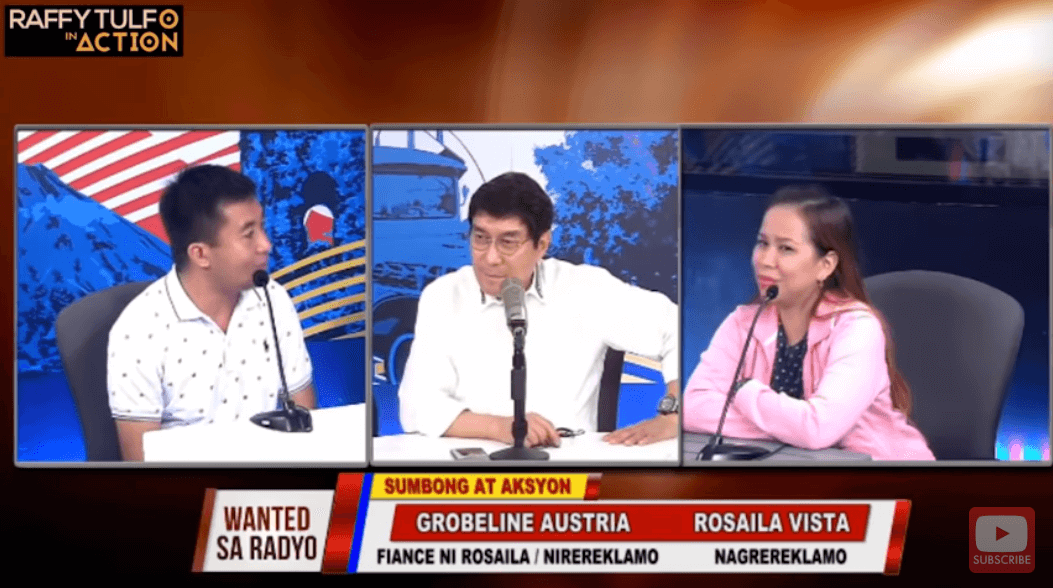 The staff who watched the video said that the scars, moles, and the woman’s appearance looked different from Rosaila but Grobeline claimed that’s because she uses a lot of concealer…

A family court is a special branch or court of law that deals with domestic matters, including divorce, annulment, child custody, alimony, child support, and similar cases involving the family.