He topped the 2013 MedTech Board Exam, but Ray Zanoria Perez II would also rank as second in the 2019 Physician Board Exam.

Back in 2013, the 21-year-old Perez said that he could not believe he would top the exams, besting over 2,000 passers with a score of 92.10%. Perez graduated from his BS Medical Technology degree from Velez College in Cebu City.

At the time, he expressed his desire to become a doctor, something that isn’t surprising because he comes from two clans of physicians: the Zanoria clan and Perez clan, whose names are etched in hospital directories around Cebu, revealed Cebu Daily News.

Fast forward to 2019. Now 27 years old, Perez completed his medical degree from the Cebu Institute of Medicine (CIM), also in Cebu City. He once again emerged victorious after taking the 2019 Physician Board Exam as he ranked second with a rating of 90.92%. 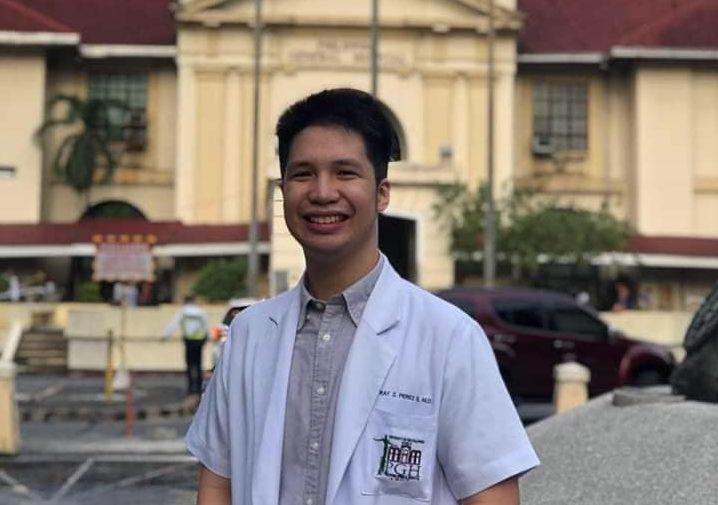 As topnotcher in the MedTech Board Exam, there’s pressure on Perez to also top the Physician Board Exam. But he did not focus on that; instead, he was determined to study hard and do his best to pass. Ranking second is only icing on the cake.

“It’s actually more like a marathon than a sprint, which is the part that makes it the most challenging and the most rewarding. You always have to be consistently doing your best, which is just at par for the course, as we are handling actual lives and anything less would be a disservice,” Perez said.

Perez draws inspiration from his family and the belief that all patients deserve the best doctors. He believes it is a way to pay it forward.

“Medicine is not a right but a privilege. All the money spent on tuition, books, studying out, all those sleepless nights, the emotional roller coaster that is medical school, will all be worth it in the end; that is, only if one puts it in the proper perspective. Stick with it. Pray hard and work hard,” the new doctor said.

For now, Perez is not sure where he will work as full-fledged doctor, but he is sure that he would do it in a place where he could do something good for his patients and his country.