Two sisters went to Raffy Tulfo in Action to seek help for their old brother who was allegedly not cared for by his wife, but Tulfo sees through their complaints as something fueled by money.

Norberto Guinto is now 67 years old but was said to be a former farmer in San Miguel, Bulacan. His sisters Estrelita Guinto, a 58-year-old housewife, and Josephine Guinto, a 52-year-old businesswoman, want to get him back from his wife who was allegedly not taking care of him anymore. 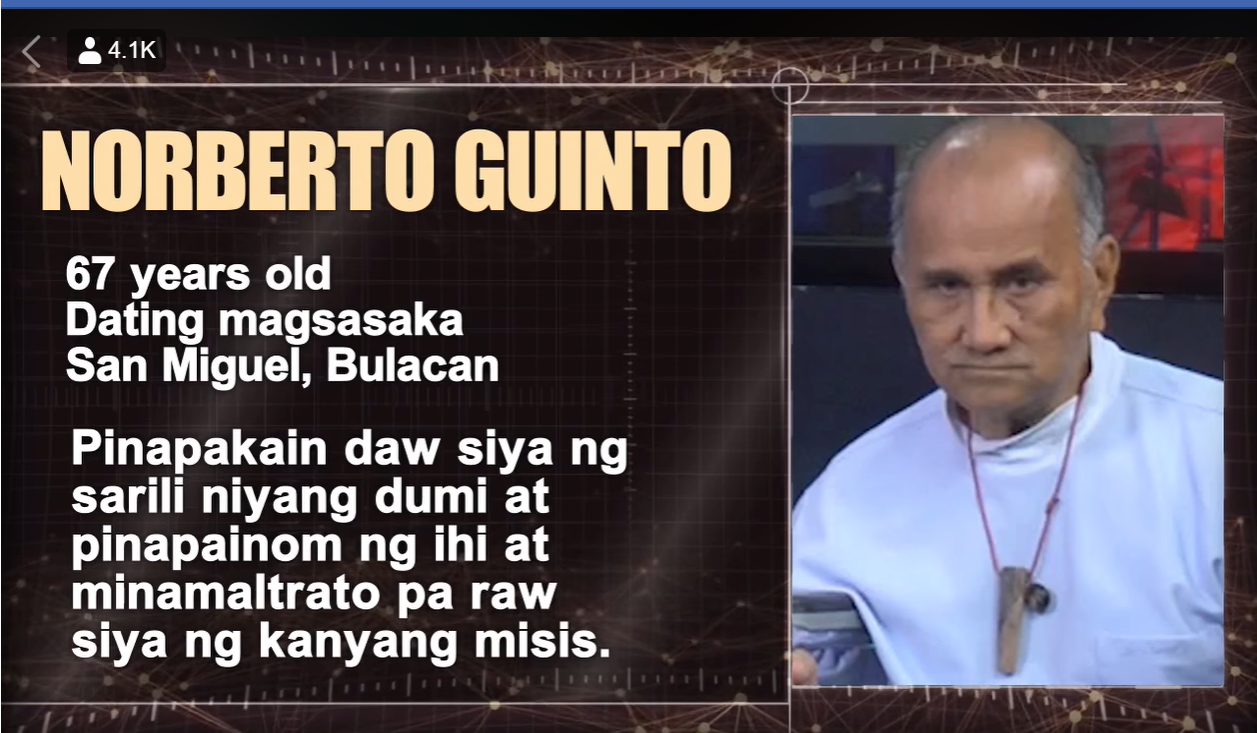 The sisters both claimed that their brother was not fed properly by his wife, Emelinda Guinto. Instead, she is supposedly giving him urine and excrement as food – and the claim was vehemently denied by Nanay Emelinda. 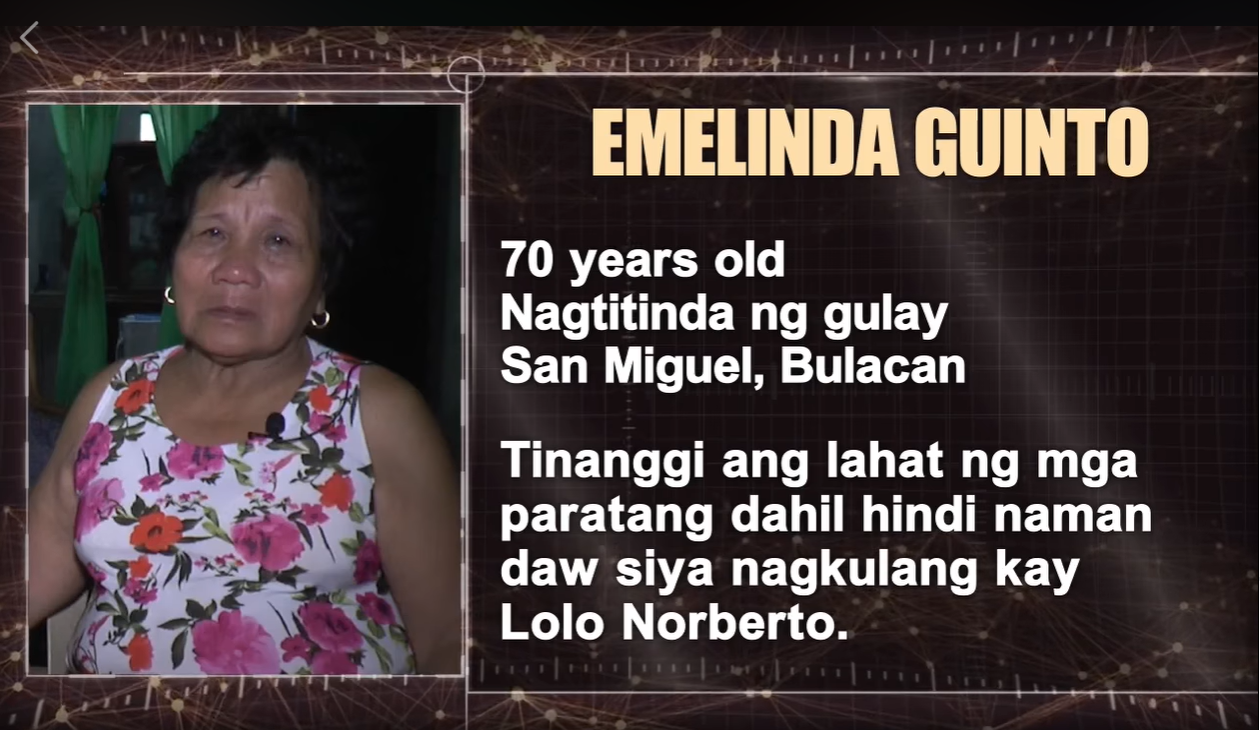 The old woman revealed that in their 30+ years of living together, she had always been the one who was working as she sells vegetables to make ends meet. Her husband never worked; instead, he would often go out drinking with friends and giving her a headache.

This was confirmed by Chairman Eduardo Yuson of Brgy. Calumpang in San Miguel, Bulacan who said that this happened before Tatay Norberto was wheelchair-bound. 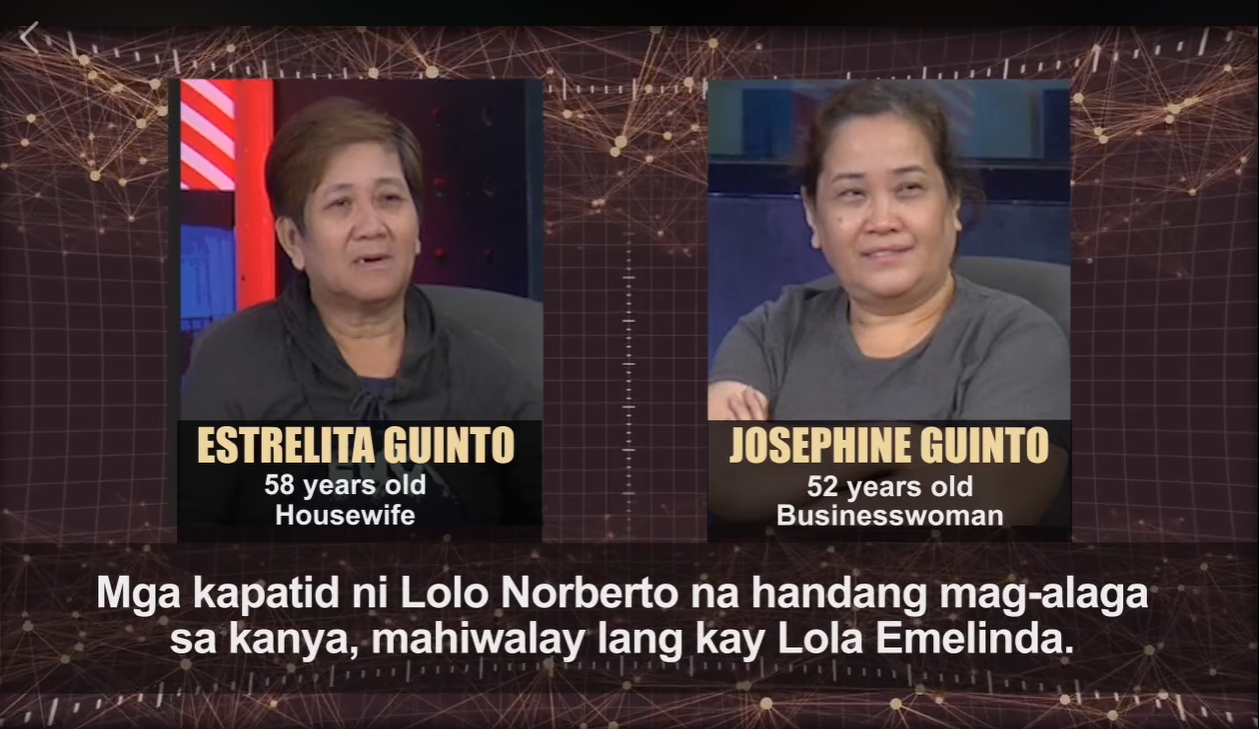 As the sisters scoffed, they told Tulfo that their sister-in-law has a lot of money, has three motorcycles, and a ‘big house’. They even alleged that Nanay Emelinda has Php1 million that someone in her family was holding for her.

They want to get their brother back and get half of that money plus half of any property the couple owned so they could have money to take care of Tatay Norberto. Tulfo had a good laugh at this, telling the two in their face that they are just after Nanay Emelinda’s hard-earned money. 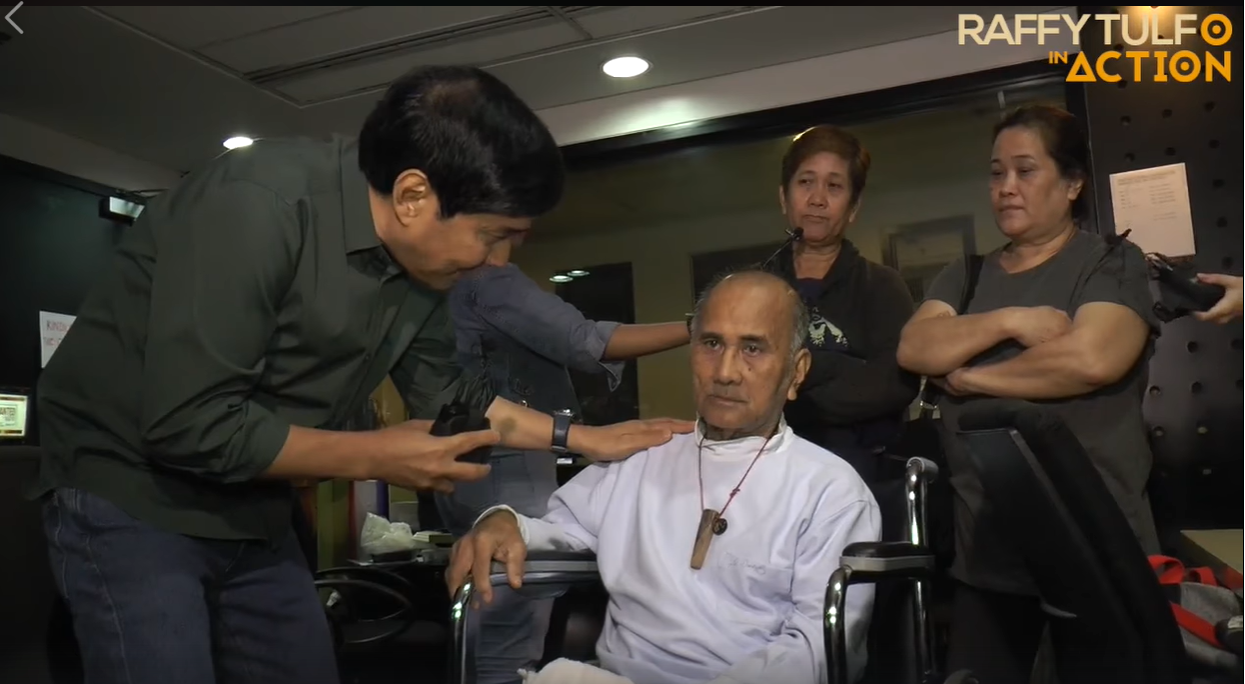 Netizens also agree, saying this guy should go to his sisters if he wanted, but he shouldn’t have a single cent of the money Nanay Emelinda earned!

To start saving for your first million, save any amount. The first step really is to make saving a habit. Then, find an extra job or open a business from whose earnings go directly to your Php1 million goal.

While it might sound so unrealistic, but who knows? Just believe you can do it!