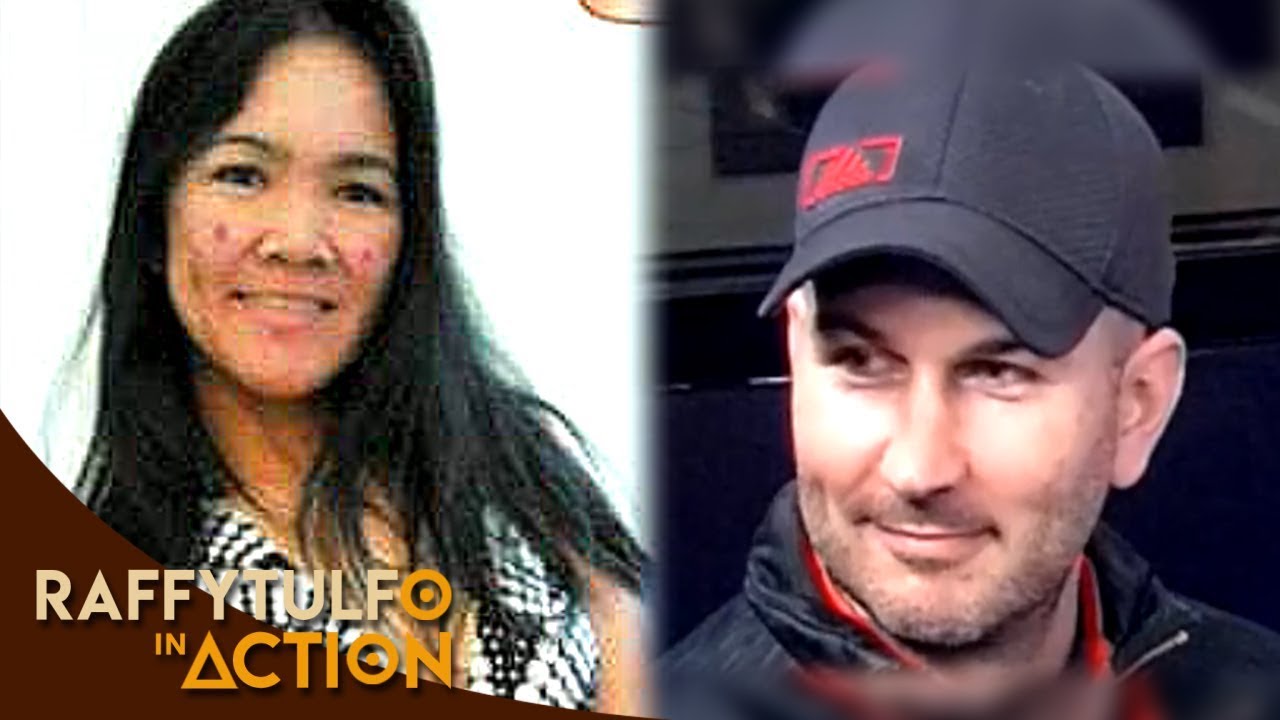 A Pinay is being called as “Queen of Gold Diggers” for taking Php25million from her American boyfriend. But everyone is scratching their heads in puzzlement (even Raffy Tulfo!) why she would do that when her boyfriend is so handsome, kind, rich, and generous, while she looks rather simple.

According to RJ, he met Adora when they were both working in Kuwait. But after some time, he had to move to a new job in Afghanistan. Since he couldn’t bring her there, he decided to send her back to the Philippines and that he would simply support her.

Adora has four kids with her ex-husband; RJ gave her money to file for annulment, worth around Php150,000. He thought that problem was already taken care of. He would also begin sending her money so they can start a business, a sari-sari store, for him to move to the Philippines for good. But it was only recently that he discovered that she had been scamming him all along.

About 4 years ago, the IT consultant sent a huge amount of money to Adora. At the time, she claimed that there’s someone dealing them a 9-hectare farm for Php2.75 million. It was near the Php3-million house that he bought for her and her family in La Union.

Thinking that they are getting a good deal out of the transaction, RJ first sent Adora $120,000 (Php6 million) to cover the farm, the sari-sari store, and the inventory for the business they decided to put up 4 years ago.

Over the years, he would find properties adjacent or near the farm that they could buy to grow their business. He would transfer the money to Adora’s account so she could take care of the transactions. When he found out that she actually bought no farm and they didn’t have any land, despite the many ‘transactions’ they had supposedly done with the dealers, he was rather shocked.

They also had gold and silver coins worth $30,000 (Php1.5 million), but he found that nothing was left in the safe where he left them. But he’s puzzled over what she might have done with the money, because she doesn’t even have flashy cars or other properties, except for their Php3-million house.

But the house burned to the ground, nearly including RJ, Adora, and Adora’s four kids – and everything in it. Later, RJ realized that it might be possible it was Adora who caused the house to catch fire.

As the nightmare unfolded, RF asked his bank how much he had sent Adora – and was shocked to learn that he already sent her a total of $510,000 (Php25.8 million)! But he’s left with no property, no business, and not much money left in Adora’s bank.

Annulment in the Philippines

Under Article 45 of the Philippine family code, a marriage can be annulled if one spouse wasn’t mentally sound at the time of the marriage or was forced into it. This might be contested, however, if the person seeking annulment continued living as husband and wife after regaining mental competence or the threat of force disappeared. 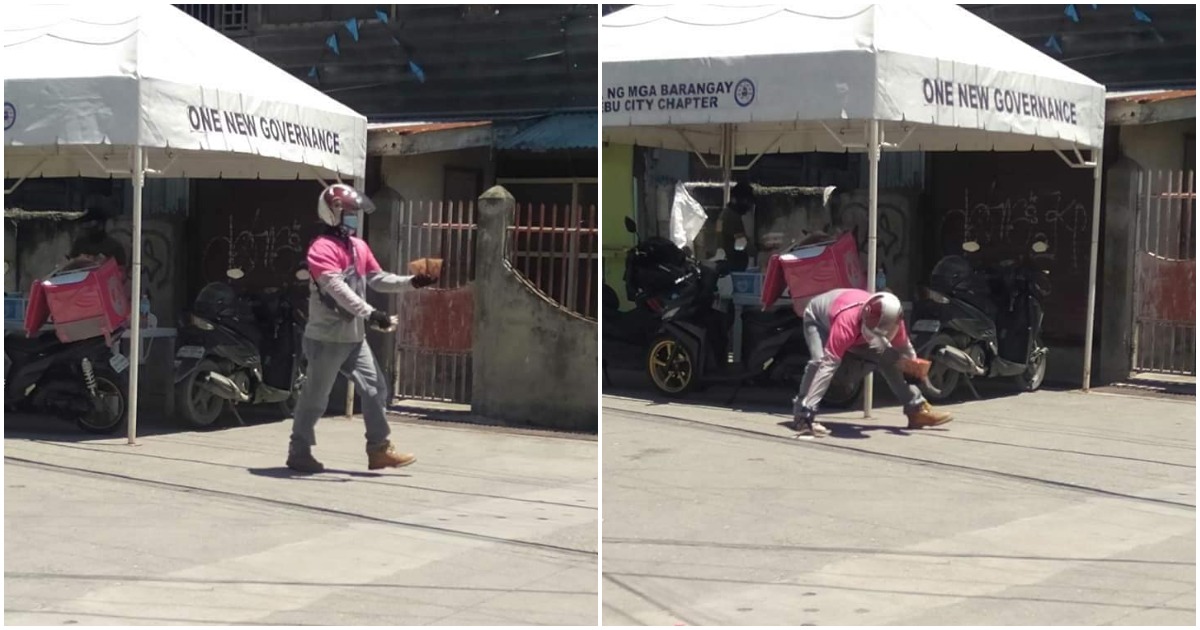 A heartless customer cancels her FoodPanda order and throws food at the rider for being late in bringing her food! The story has gone viral, with many netizens wishing karma on the woman for her heartless actions.

These days, a lot of people enjoy the convenience of simply using their smartphones to order food from their favorite restaurants. So, despite the lockdown and various versions of the community quarantine wherein most people are not allowed to go out, they can still fulfill their cravings for such delicious foods.

What’s sad, however, is that there are customers who are so impatient with their orders that they get angry or even cancel when the rider takes a long time to deliver their food! But that is not the rider’s fault because the restaurants are usually too busy these days, too.

There are just too many people making orders for takeout or delivery food.

In Cebu City, a certain Mary Paras ordered food worth Php800+ from Chowking. When the FoodPanda rider arrived at her house, however, Mary reportedly refused to accept the order because the rider was late.

Considering that the rider had shelled out nearly Php1k for the food, he tried to insist that Mary pay for the order. But she got angry and threw the food at him! The poor rider had no choice but to leave, knowing that the customer won’t pay up.

But a concerned passerby snapped some photos and shared these on Facebook where the incident went viral. The heartless customer received netizens’ ire.

Mary would later issue an apology, explaining that the FoodPanda rider is the second to arrive at their home with her order. She claimed that the first time she placed her order, the app was ‘loading’. She had no idea that order pushed through. So, she received the same order twice; thus, she didn’t accept the second one.

But netizens are not buying her alibi. Many said that even if that is the case, she shouldn’t have been rude to the rider!

These days of COVID-19, it is important to stay safe by staying at home. There are options for food delivery so you can still enjoy your favorite food from popular restaurants. Many restaurants impose many protocols to ensure safety in food delivery.

Food handlers and delivery riders are required to follow hygiene protocols such as wearing masks, washing their hands regularly, using alcohol, and limiting contact with customers as much as possible. 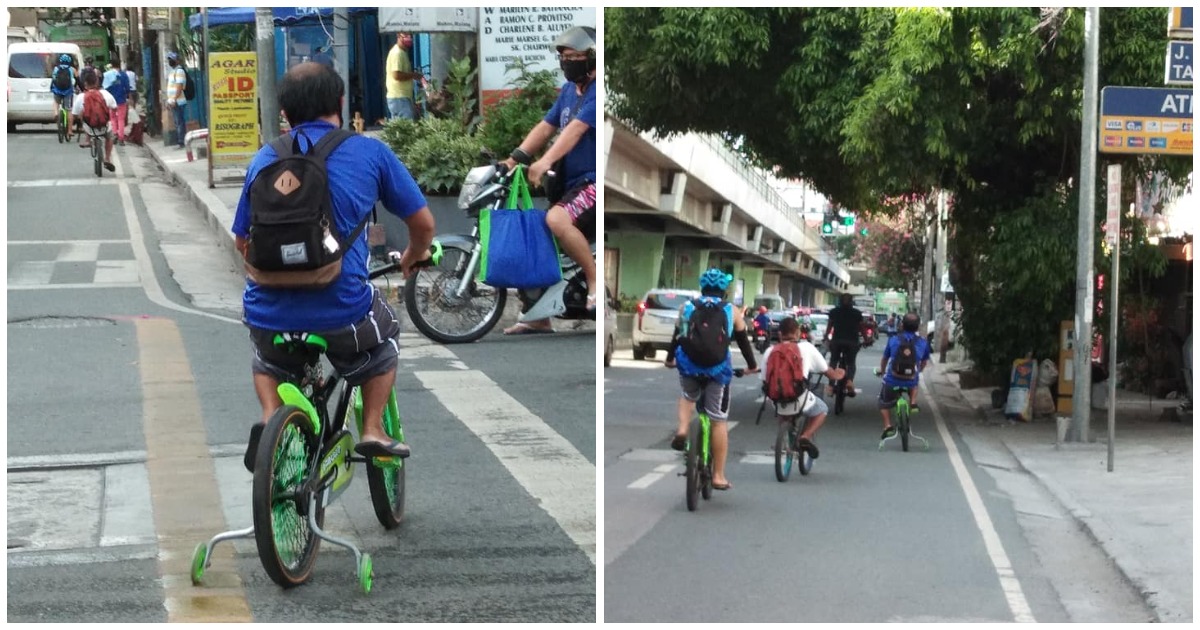 An old man bikes with training wheels amid the COVID-19 transport restrictions. His photos went viral, with many netizens expressing admiration that he found a way to solve his transport problem even if he did not know how to ride a bike!

In the Philippines and even in many places around the world, restrictions are placed on transportation to stop the rapid spread of COVID-19.

Back riding is not allowed on motorcycles, with fines reaching to Php5,000! Public transportation also imposed social distancing; thus, most vehicles can only accommodate half or even less passengers than what they usually had.

This led to shortage in transportation and many commuters having to wait longer hours to find any vehicle to ride. So, many workers began using bicycles to work.

Biking to work can be tiresome and dangerous, even, yet they have no choice. It is the cheapest option that most people can afford in these trying times. But many people don’t even know how to ride a bike, including a lot of adults! So, many have also began learning how to ride a bike.

An old man recently went viral after someone spotted him riding a bike with training wheels! Most of us associate training wheels on bikes for kids but because he probably didn’t know how to ride a bike without them, the old man had to put them on so he can ride safely to work.

While a woman in Cebu had to struggle in riding her bike, and her husband had to act as her guide on a scooter, this old man found a way to ride the bike without a guide. Many hope that he would soon learn how to ride without the training wheels, of course, as such could lead to other accidents on the road.

What are Training Wheels?

Training wheels are two extra wheels placed beside the rear wheels of a bicycle to help someone learn how to bike. The wheels stay there until the rider learns how to ride the bike with their own sense of balance. 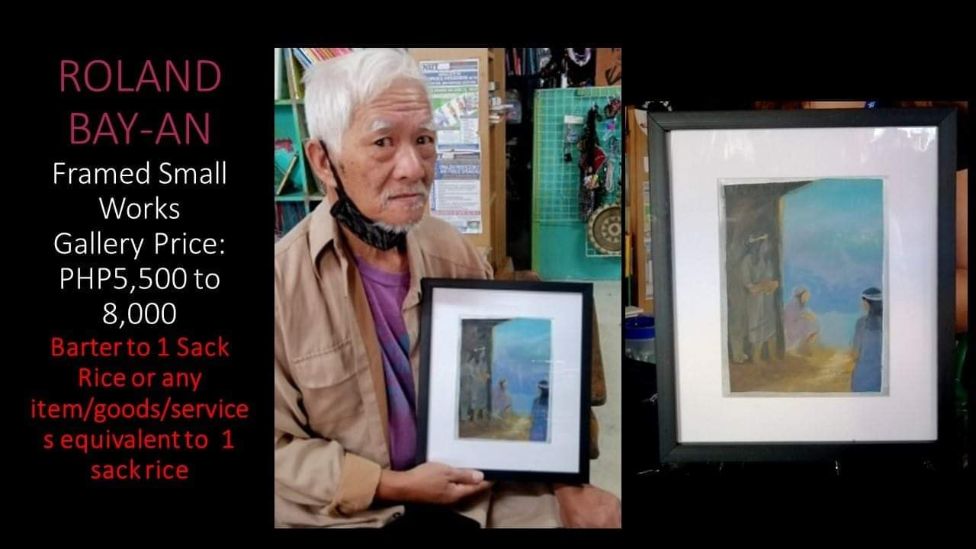 After his art exhibit was canceled, a senior Baguio artist barters his paintings for food. The move was met with much positivity online – and many people are now lined up to buy more of his paintings. The move worked!

Senior Baguio Artist Roland Bay-an was supposed to hold an art exhibit but the show was indefinitely canceled due to the on-going national emergency due to the COVID-19 pandemic. At his age, he has already created hundreds of artworks.

Bay-an has surely sold many of his art in the past. But with the on-going pandemic, it is hard to tell when he can hold another art exhibit or find buyers for his work.

This is where the barter community came in to help him out. These days, barter groups are popular on Facebook. You can barter anything you have for something you might need or want.

He offers his works at Pasakalye Art Space together with other artists along Harrison Road in Baguio City. But others also help him sell the artwork via other avenues.

Friends such as Maricar A Docyogen helped Bay-an share his art online, with the artist offering them for barter with 1 sack of rice or some groceries worth Php5,500 to Php8,000. Amazingly, the barter worked. A lot of people were interested with Bay-an’s art!

Aside from the locals who bartered with Bay-an, there are also many netizens who expressed interest in buying the paintings and having the items shipped to their homes. It is a good thing that the local and online communities have come together to help artists and other hardworking folks in need…

How to Barter Online

First, find a barter group to join. This should preferably be in your locality, for easier transactions.

Second, take pictures of the items you want to barter. You can estimate their value so you can also estimate how much you want to receive for your goods.

Third, make a post about the items you have to offer. You can opt to put a list of items you want in exchange for the goods.

Fifth, arrange for meet-up or pick-up, whichever is applicable.

Sixth, complete the deal. Make sure to close the post for commenting or end the offer according to the group’s rules.