These days, a lot of artists are able to create hyperrealistic 3D art that make you think you are either looking at the real thing or viewing a high-resolution photograph even if the artwork is actually made by hand by the artist, using paint.

It takes a lot of talent to make hyperrealistic 3D art; thus, it is easy to understand why artists would love to share their paintings with the world, for people to appreciate their work and admire their talent.

Recently a Filipino guy went viral for his hyperrealistic 3D art, but the hilarious truth behind the ‘painting’ really got a lot of netizens laughing. 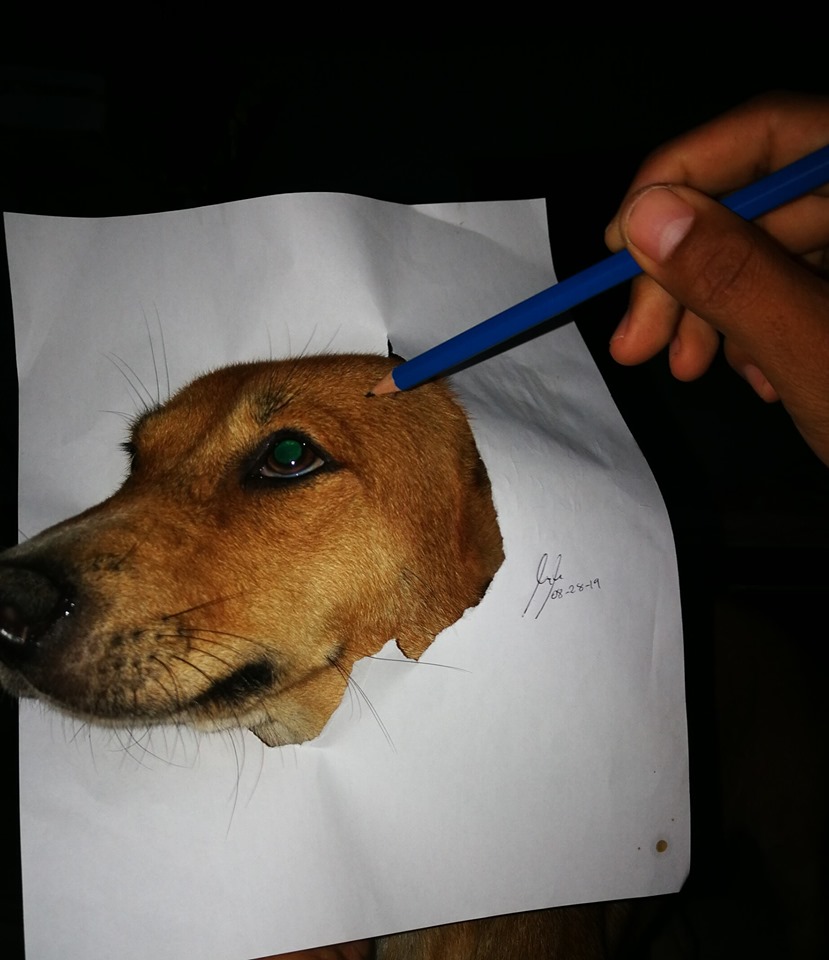 On his Facebook page, Karl Opiala shared two photos that would soon go viral, with over 34k shares and more than 24k reactions from amused netizens. He wrote:

One of the photos showed a hyperrealistic photo of a brown dog. The young artist signed his artwork and added the date, August 28, 2019 (appearing as 08-28-19). If you didn’t know better, you would surely admire this young man’s amazing talent because the dog in the drawing appears so real that you could almost touch its head!

The texture of the painting made it appear like the dog’s face is coming out of the opening on the canvass. Impressive, the painting is truly so detailed you’d think it really was a real dog’s face on that art!

But the next photo showed the hilarious truth behind the painting – and your ‘real dog’ suspicion was right. It really was a real dog! 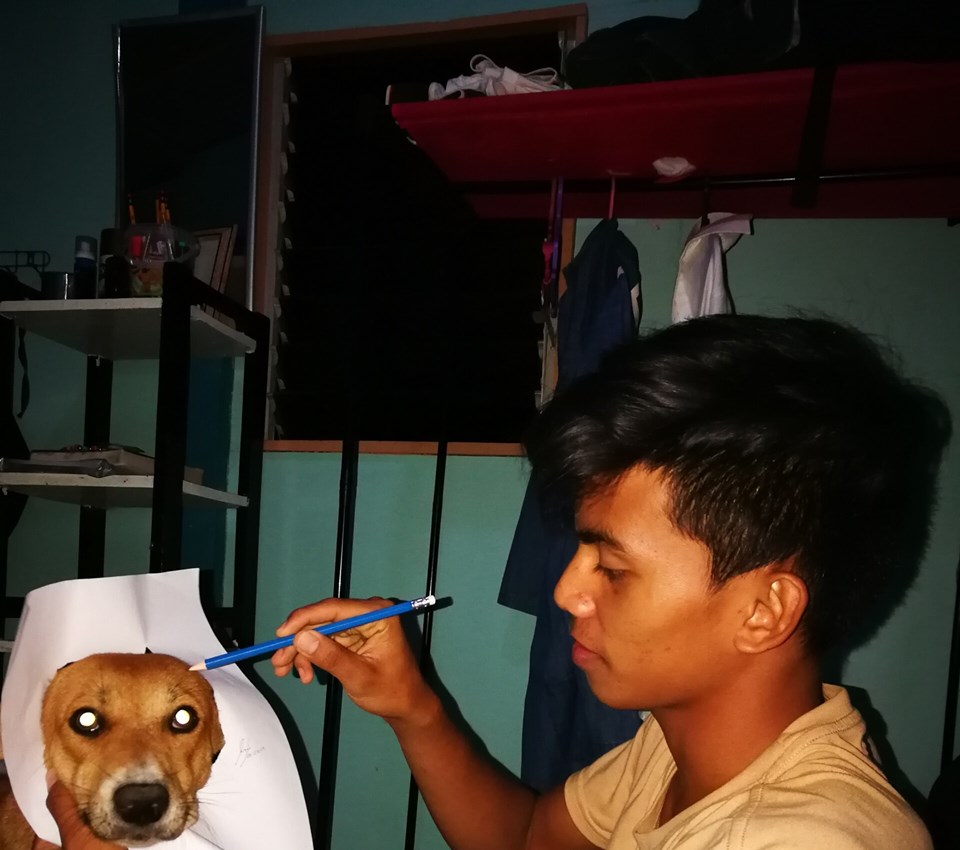 Instead of a painting, this funny guy actually cut out a portion off the bond paper and let their pet dog put its head inside. Of course, the resulting ‘painting’ looks like the real thing – because it’s actually the real thing! LOL. 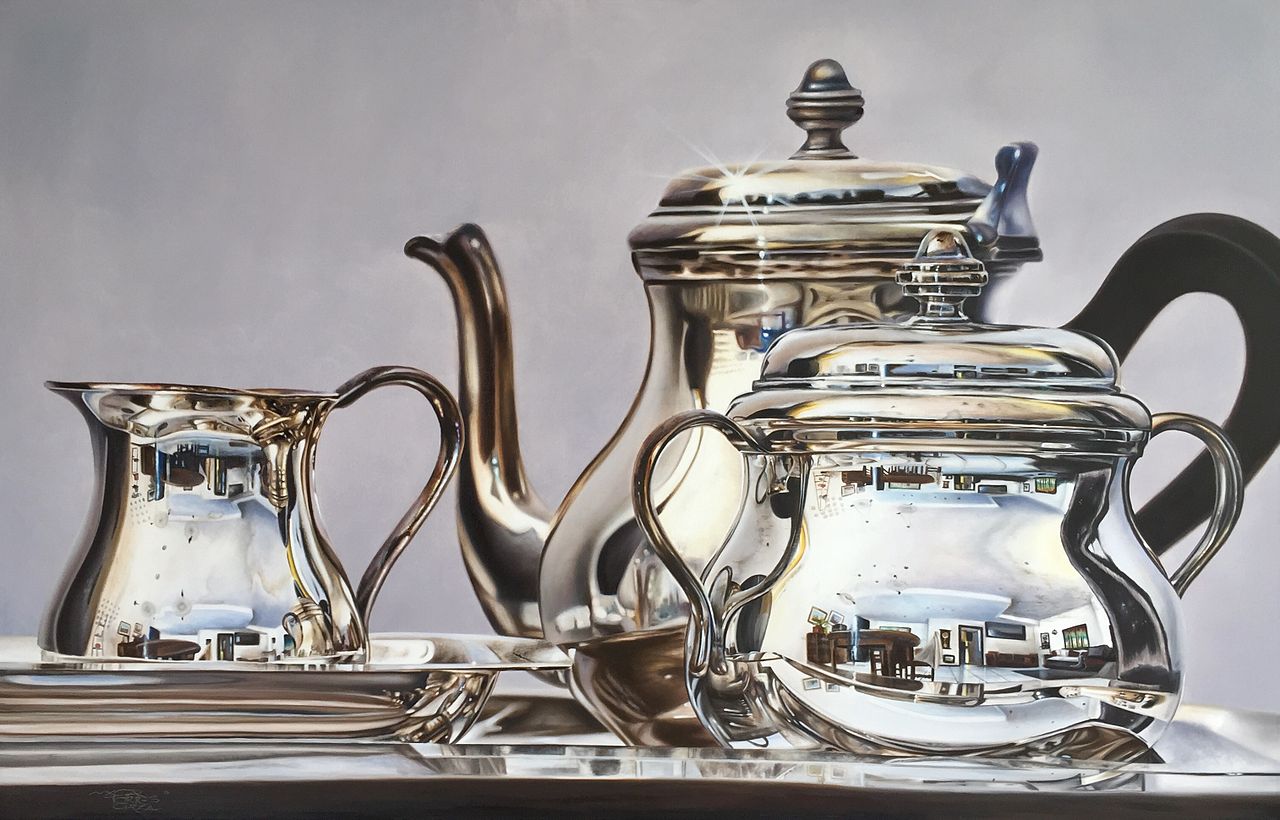 Advances in techniques and art materials make hyperrealism possible these days, giving a talented artist the ability to create a painting or sculpture that resembles a high-resolution photograph or the actual subject.