A GrabFood driver who’s having trouble with this wife went to Raffy Tulfo for help in getting her back. After hearing what happened and talking to the woman, Tulfo decided to offer the guy a brand-new motorcycle and a makeover if he leaves his cheating wife! That’s certainly a first…

Mark Bercasio is a 32-year-old GrabFood driver in Quezon City whose wife, May Ann Bercasio, refuses to get back with him after she cheated on him. According to Mark, he caught his wife cheating on him at least three times, but the 29-year-old housewife is the one who doesn’t want to be with him again. 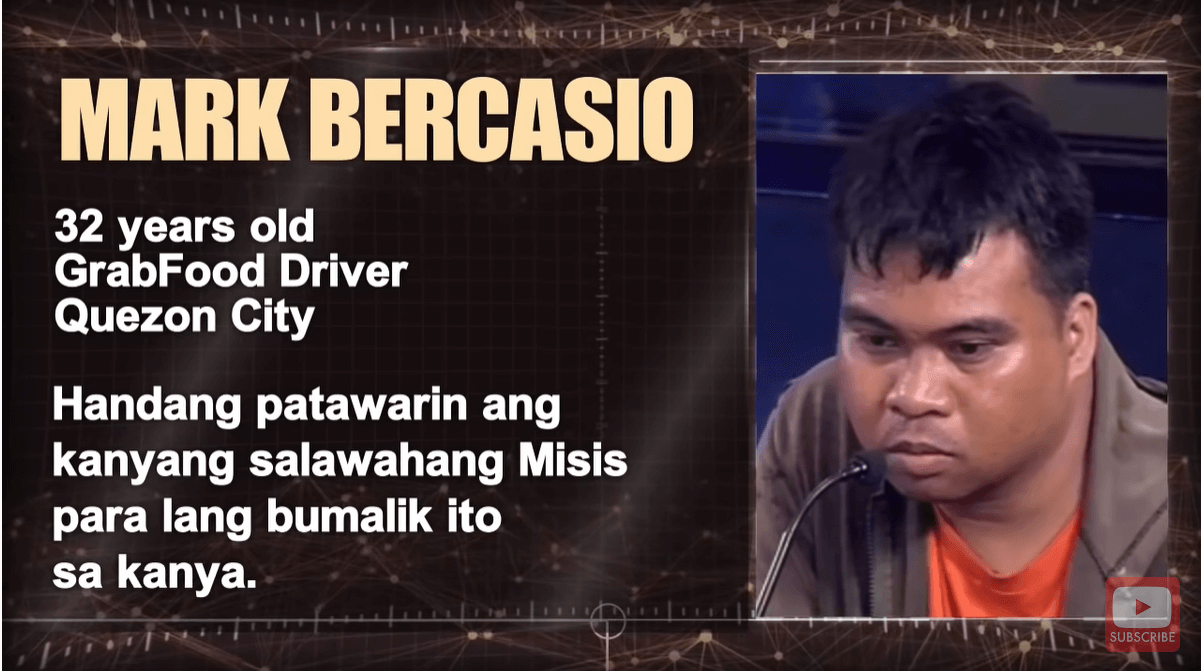 The husband even offered to forget everything that he had seen and would still allow her to chat with foreigners, if she wants to, as long as she gets back with him. 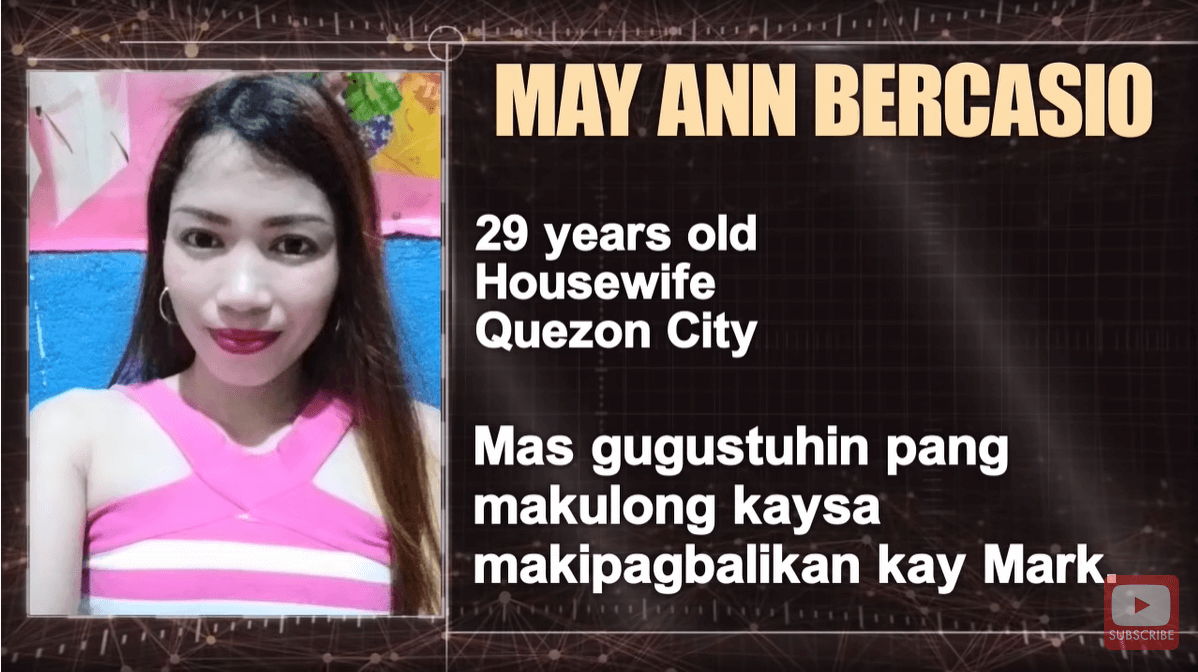 Mark caught his wife walking hand in hand with her boyfriend, Orben Gan, at the overpass of Tikling. According to Mark, he also saw a photo of his wife hugging in bed with the same guy and more photos taken at the birthday of a friend’s child where she was supposedly asked to be the godmother. 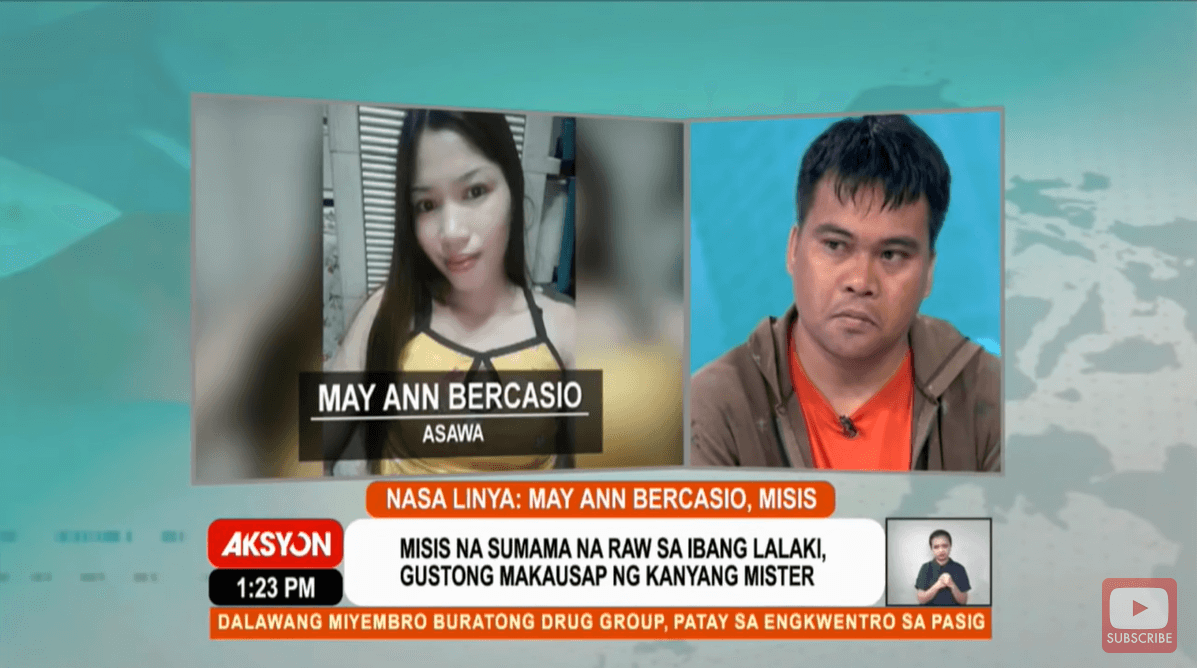 Despite all that, Mark is willing to forgive and forget. He even urged his wife not to mind the ‘tsismosas’ in the neighborhood because he’s willing to ignore them for her. However, May Ann refuses to be with him, saying that she would willingly face the charges he might file against her but would never get back with him again.

Even the kids are siding with their mother; though they are most likely brainwashed into thinking their dad is bad when it’s their mom who has a new boyfriend. 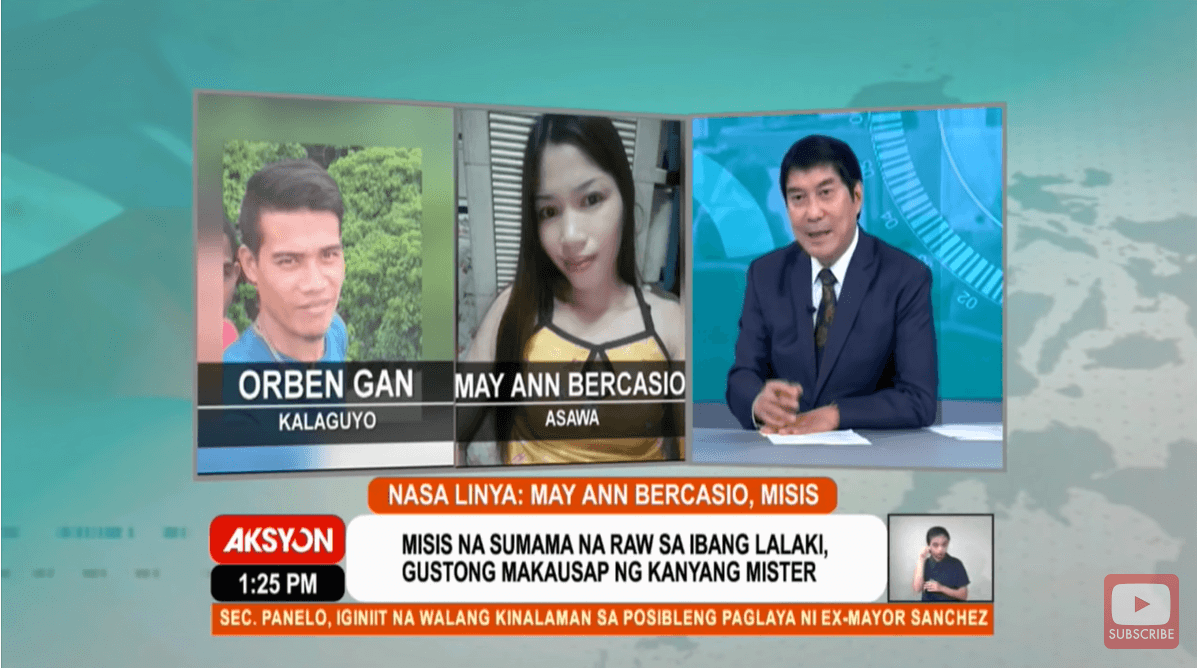 After weighing everything, Tulfo offered to give Mark a new motorcycle and a makeover with brand new clothes plus accessories as long as he would leave his wife and never try to win her heart again…

What happens next? Find out in this video:

How to Make GrabFood Order?