A couple went to Raffy Tulfo in Action to seek help in getting back a necklace and Php30,000 cash that the husband gave to his mistress. While Tulfo did not help the husband get the necklace and money, he gave the wife a beautiful set of 18K jewelry! 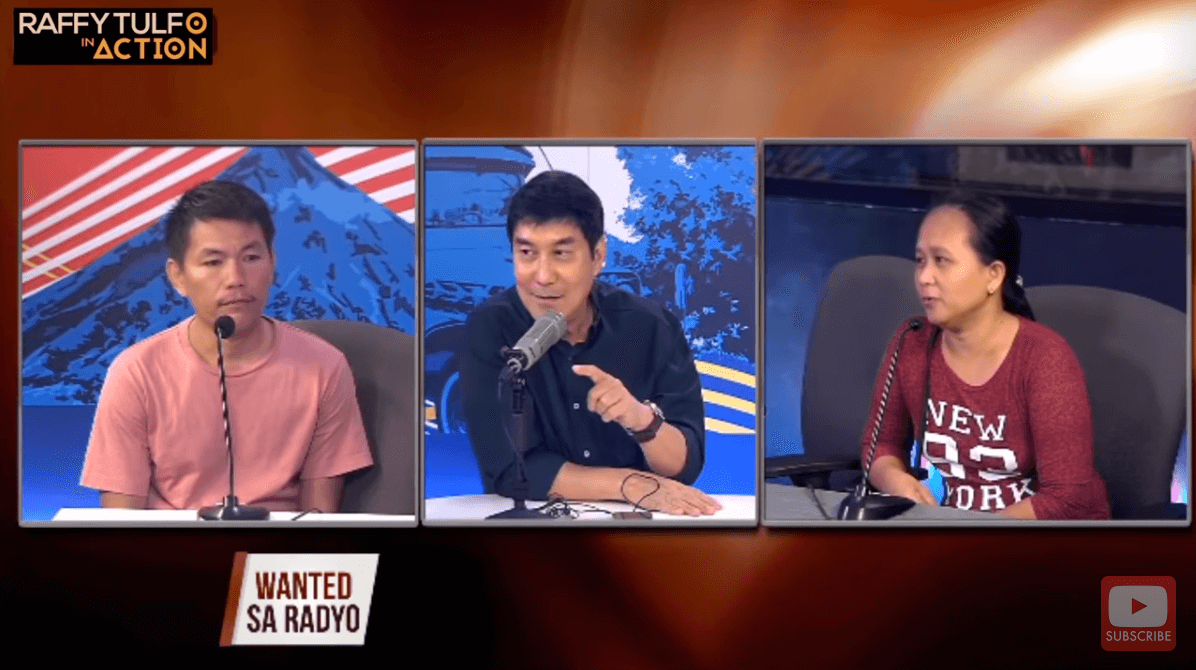 Arnel Rosel had been seeing his mistress Analyn Lamela, a 42-year-old beautician, behind his wife’s back for over a year. He met her at a videoke bar when friends tried to match them together. 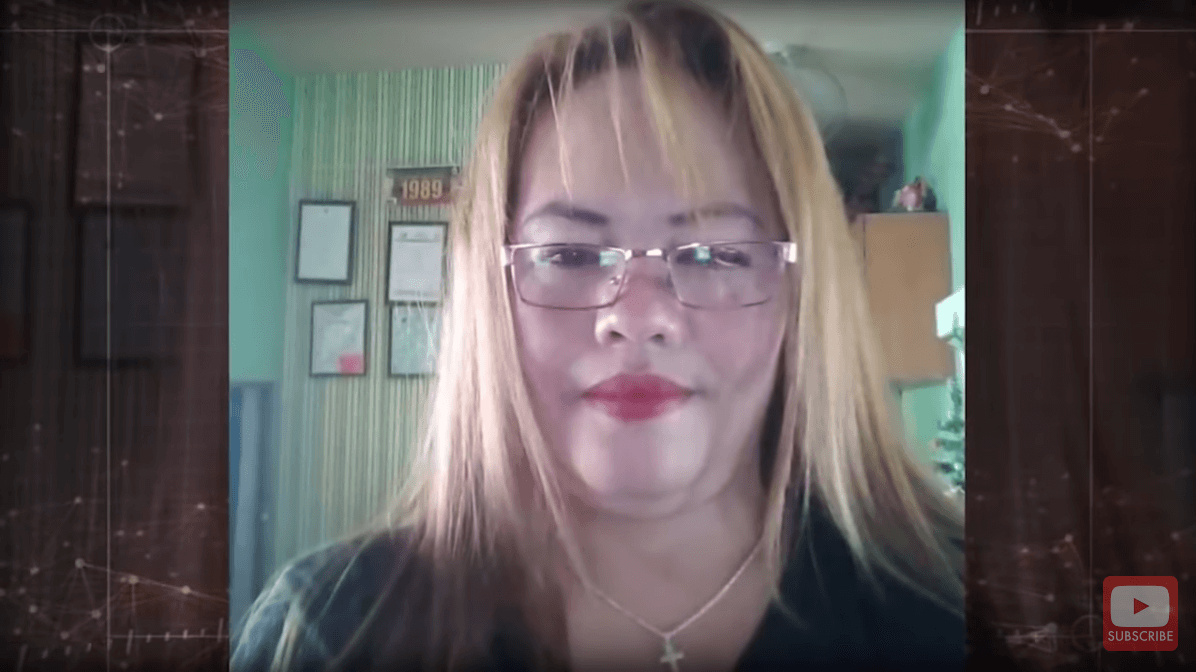 Although he’s married, he began to court Analyn and they began seeing each other. He did not leave Analyn and hid the relationship so well that his wife did not even know he has a mistress and giving her money. 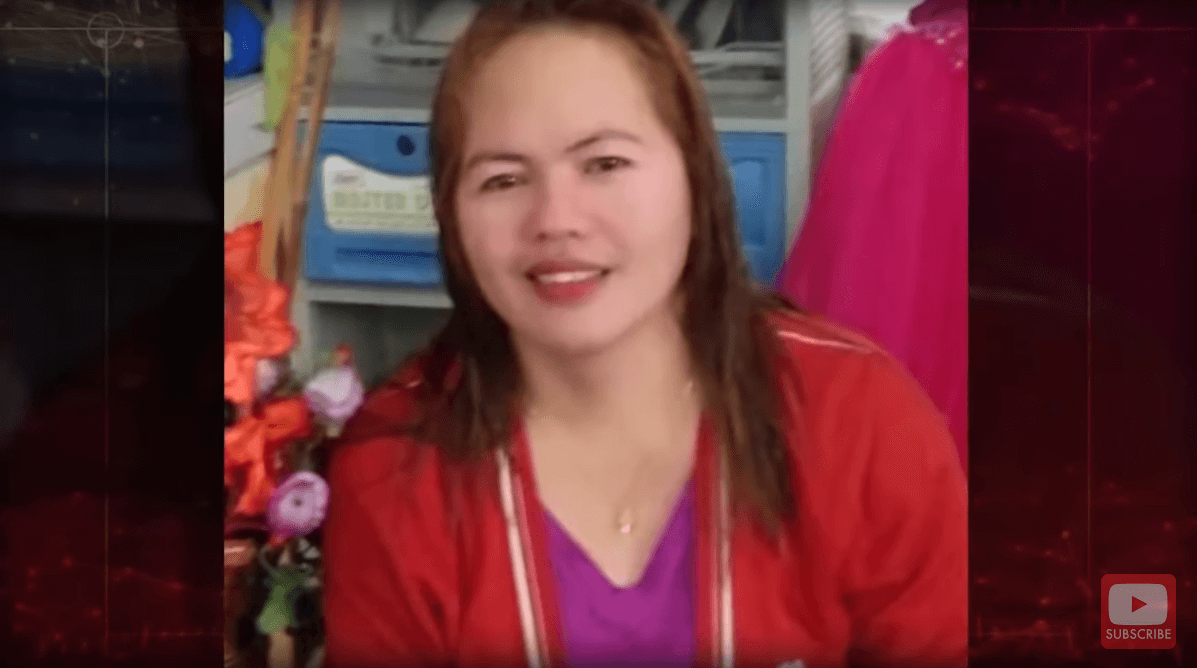 For over a year, Arnel estimates that he’s given Analyn a total of Php30,000, plus a necklace worth Php8,000. When he finally felt guilty about the situation, he confessed to his wife, Raquel Rosel. 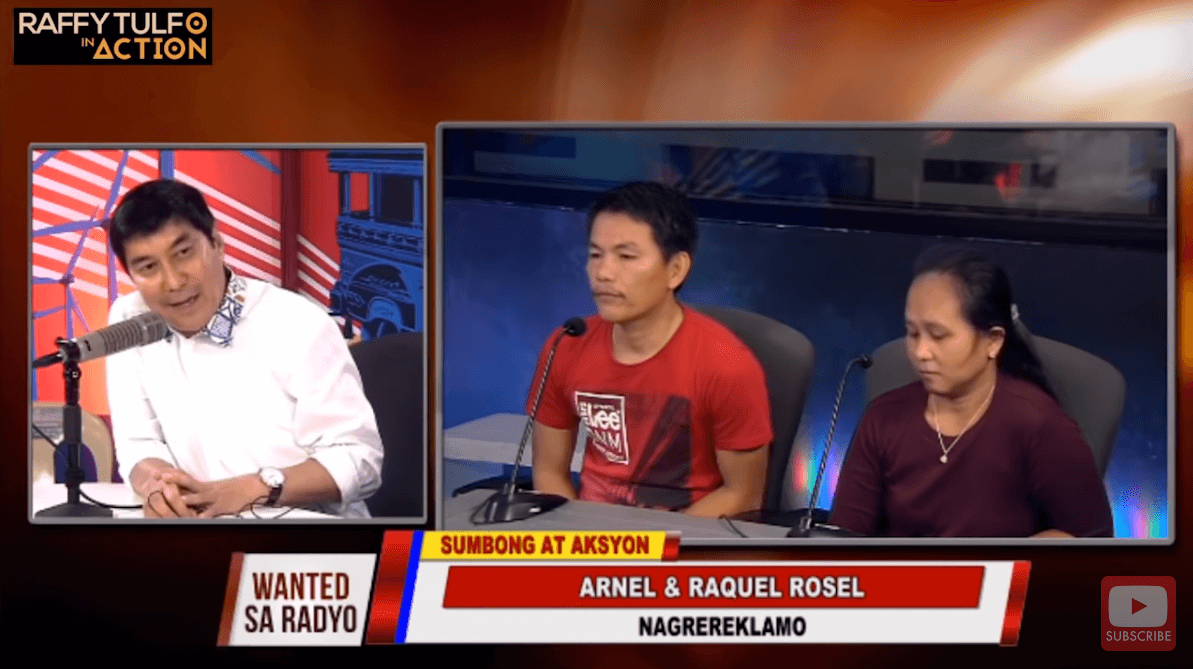 A heartbroken Raquel went to Tulfo, seeking help to get the necklace back. The soft-spoken woman was clearly hurt by her husband’s betrayal and wants the necklace, yet Analyn angrily told them she would give it back if someone gets it from her. 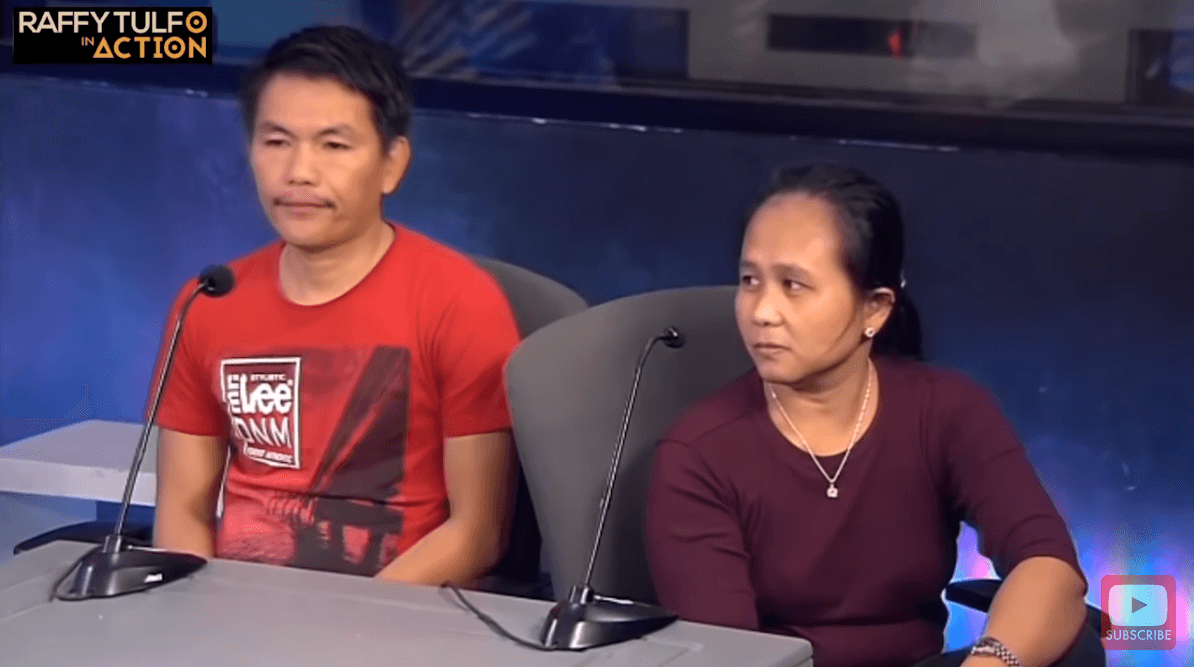 In the few seconds that she went on air, Tulfo expressed surprise that her behavior would be in that manner, considering that she knows this will be on national TV. He told Arnel that he really made a big mistake in cheating on his wife, considering that Raquel remained calm and soft-spoken despite everything that he did to her.

After the show, Tulfo told his team to buy a full set of jewelry for Raquel. She got a necklace with pendant, ring, earrings, bracelet, and even an anklet! Wow. 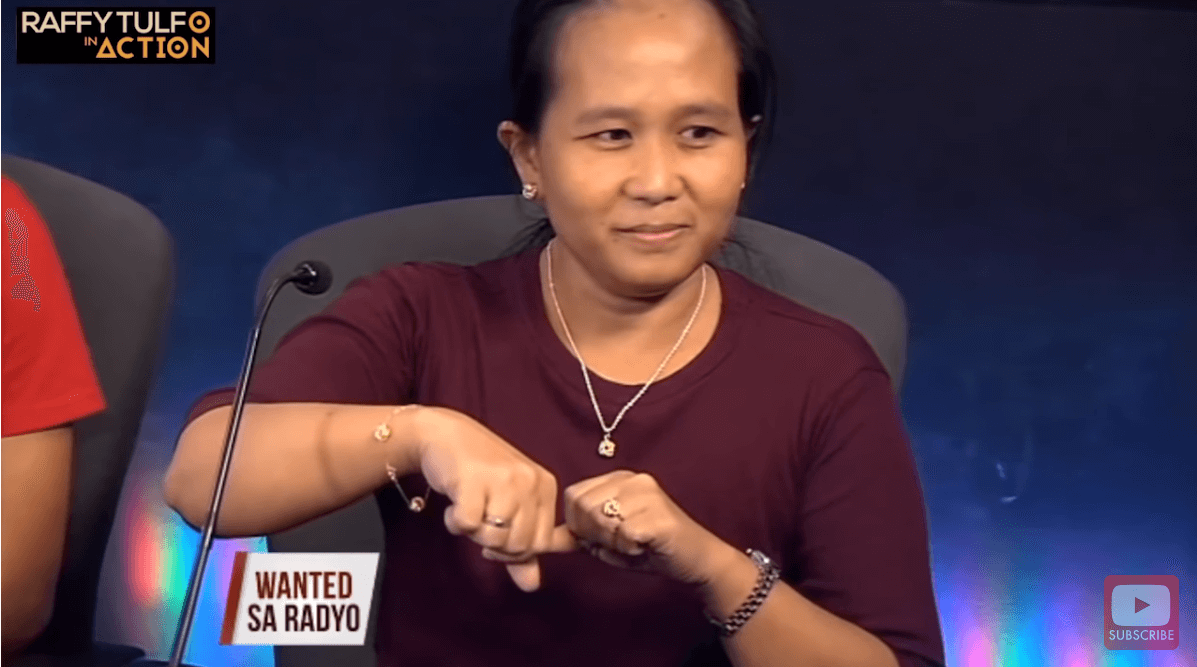 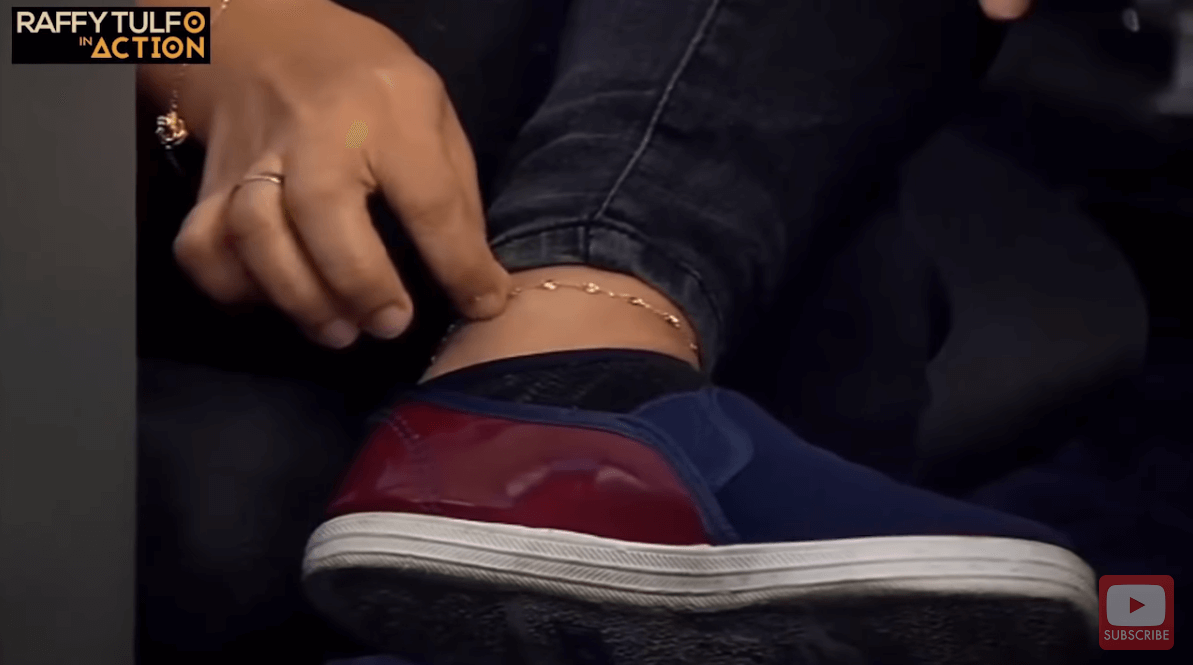 Watch their surprising second appearance on the show here:

A lot of netizens couldn’t help but recall Jolly, the daughter of Tulfo’s old nanny who asked him for jewelry but didn’t get any.

What is 18K Gold Jewelry?

Pure gold is 24K; however, that is not suitable for use in jewelry because 24K gold is too soft. The best for jewelry is 18K gold which comprises of 75% gold and 25% alloyed metals. The alloyed metals make the gold strong enough for everyday use.

Real 18K gold jewelry does not tarnish and does not cause allergies to the wearer.