A teenager was in pain for days, for no apparent reason. But doctors were surprised to find that there are more than 50 needles inside her body! Upon learning about the needles, the teen’s family think this was due to witchcraft… 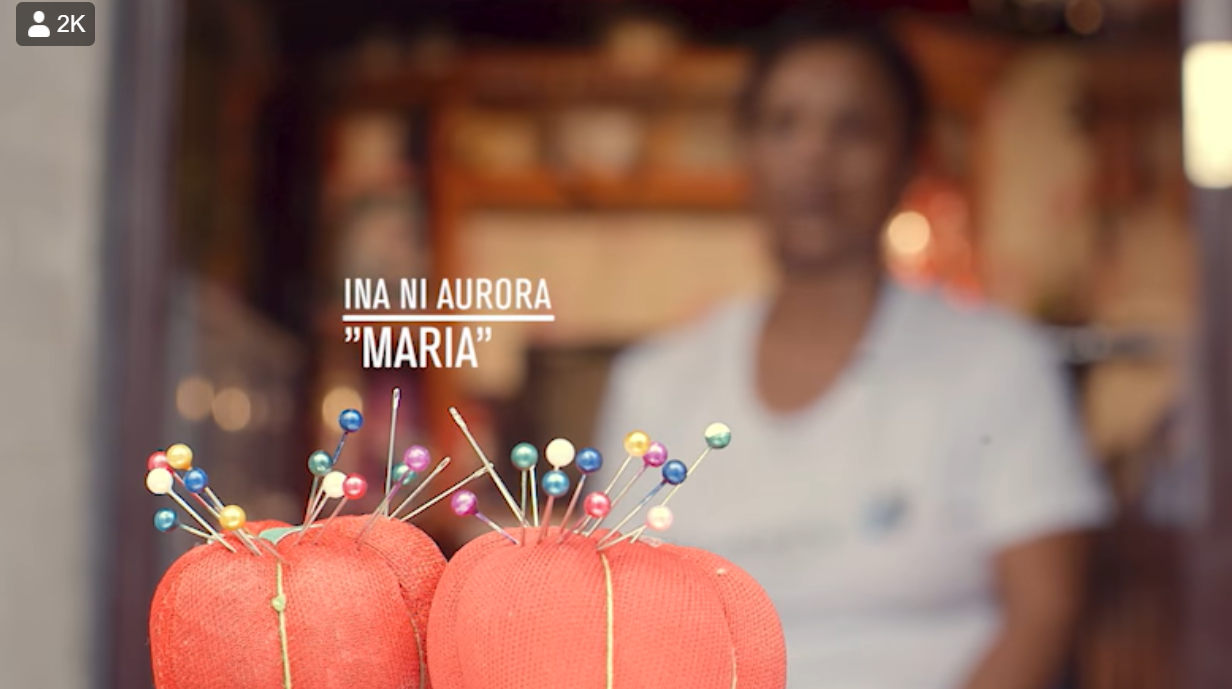 After several diagnostic tests were ran on the teen, it was discovered that there were plenty of pins and needles in her body! Surprised over the discovery, the family could not find answers as to why the pins got inside Aurora. When asked, Aurora claimed she had no idea what happened. 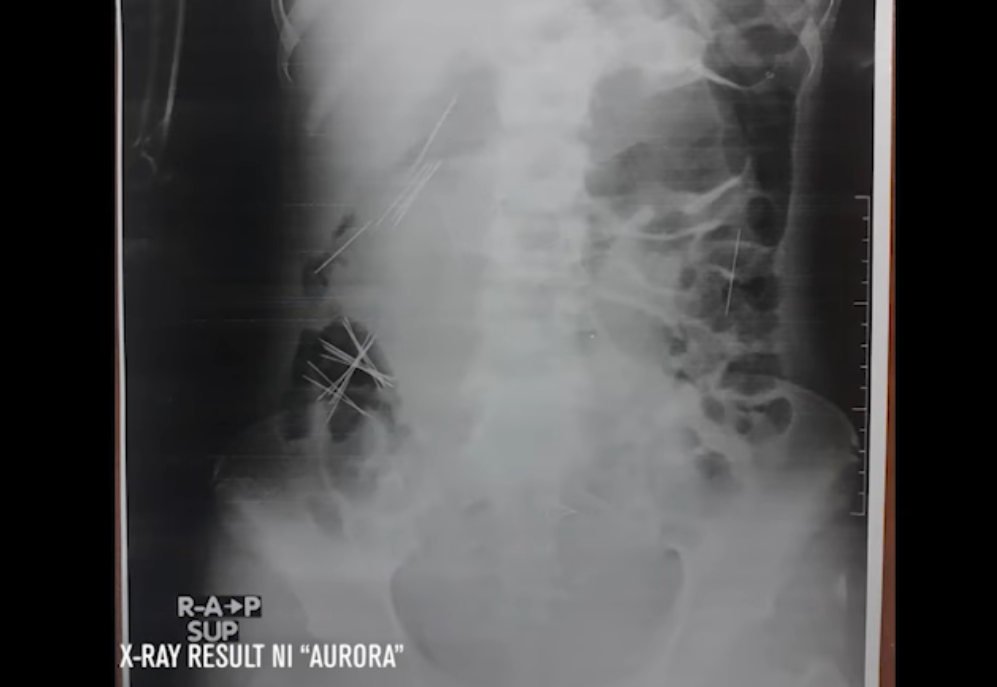 Afraid of what might happen to the girl and seeking answers, the family turned to Independenciana Vergara, a ‘Babaylan’. According to Vergara, she was almost certain that a suitor was behind the witchcraft. The guy fell in love with Aurora but because she doesn’t like him, he decided to find someone to do black magic. 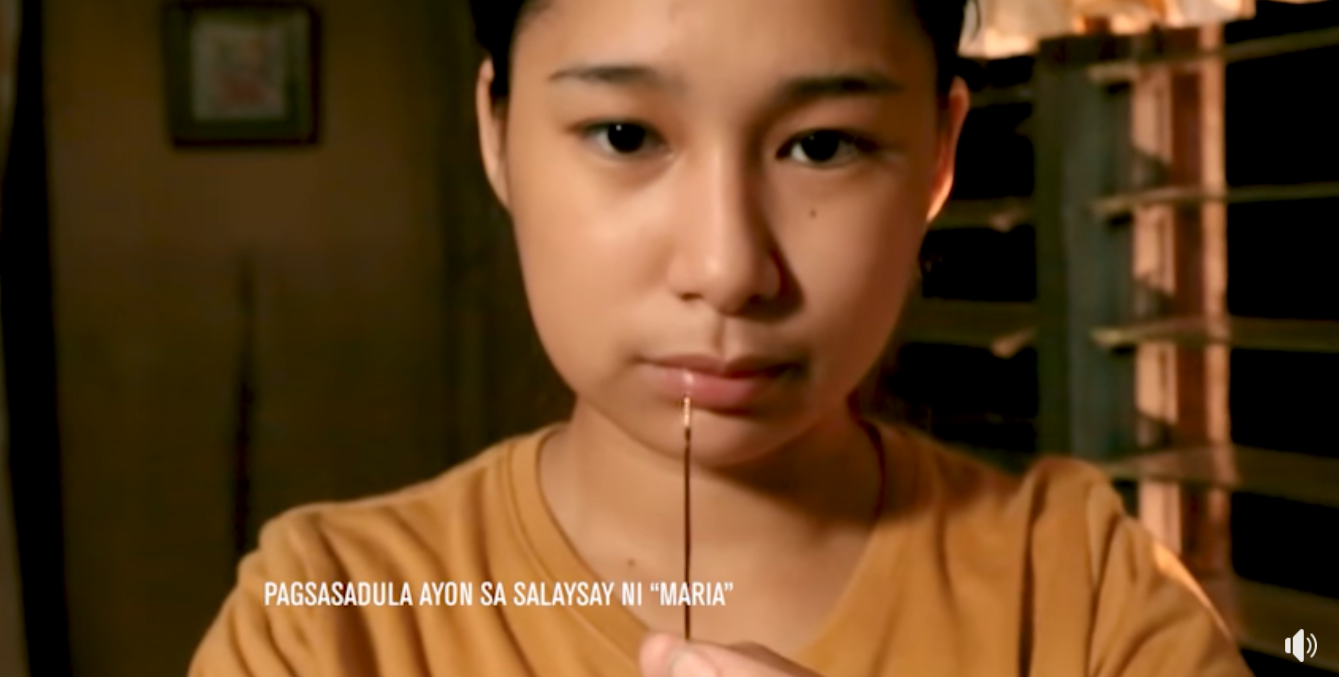 After seeing the photo of the x-ray, Vergara claimed that the image of a guy’s face in the x-ray was proof that a suitor was behind Aurora’s situation.

But after talking sincerely with the teen, Maria was able to coax her into telling the truth. At first, Aurora claimed that she had only ingested one needle but with prodding, she admitted she ate them all. She also shared that there was even a time she ate three needles at once.

What is a “Babaylan”?

The “Babaylan” is a shaman in the various ethnic groups of the pre-colonial Philippine islands. But the practice lives to this day; though not as popularly believed in as it had been in the past.

They are believed to have powers to commune with the gods and spirits, with specializations in communing with these entities to appease their anger or to seek help.

A couple’s unique prenup photoshoot was met with mixed reactions as they picked a rather strange location: a cemetery!

What are the best places for a prenup photoshoot?

For many, it could be a garden or with a water body as the background. A lot of couples go the extra mile, traveling to faraway places to find the best location for their prenup photoshoot.

After all, a wedding happens just once in a lifetime, hopefully – and getting those prenup photos done perfectly is every couple’s goal.

But a couple in Cebu City, central Philippines made waves on social media after striking poses at the cemetery, leading some netizens to think that they’re being so creepy.

The black gothic theme for the photoshoot and the couple’s sad faces made the pictures look like they were posing for a funeral, not a wedding! Do you agree?

However, it turned out that the couple from Basak San Nicolas in Cebu City are getting their bread and butter almost literally from the cemetery. It turned out that the bride, Kayra Mae Geocallo, owns a funeral parlor while the groom, Stoney Jey Palomar, works as an embalmer.

It’s actually a perfect match for the couple – and the cemetery is their perfect location for their prenup shoot. But many netizens still think the pictures are giving them some goosebumps.

For those who think that they don’t look happy together, it might really by just for show. The two have been together for 11 years and actually have a four-year-old daughter.

What do you think of their photos?

Photoshoot in a Cemetery

There are plenty of superstitions about having a photoshoot at the cemetery, with many saying that it’s bad luck or disrespectful.

If you plan on one, make sure not to take photos of the people who are there to pay respects to their departed ones.

In many places, you’ll need permission before you can do a photoshoot, even if it’s a graveyard.

Would dare name your child after an anime or cartoon character? A new dad angers his family after naming his baby as “Naruto Uzumaki Namikaze” – but he’s got a good explanation for it. He’s definitely the ultimate anime fan, huh?

Finding the right baby name for your baby can be a challenging task for new parents. There are so many things to consider, especially when it comes to the name meaning, how to spell it, how significant it can be for the child and the family, the potential for bullying or embarrassment, etc.

But one dad threw caution to the wind after deciding to name his child after anime characters. His decision angered his family, but netizens are divided over praising and bashing him for what he did.

Before you take your side in this “Naruto Uzumaki Namikaze” issue, it’s a good idea to ask why he did it in the first place. For sure, he had his reasons.

When Jamesey Bolivar Maribojo, 29, knew that he’s going to be a single dad for his new baby, he decided to name his baby with this rather unusual name. Not only does he love anime and the Naruto series, but he explained that he felt like he could relate with the experiences of the protagonist who grew up without a family.

Jamesey said that his former partner allowed him to pick the name, but his family got angry. They told him that the kid could be up for bullying and might have a difficult time writing such a long name.

With that background story, we can all agree that the unusual name does appear impressive, right?

Naming Rules in the Philippines

There aren’t any restrictions on what you can name your kid in the Philippines. It’s not even unusual to find people with real names like “Baby,” “Don,” “Doña,” “Jesus,” etc.

Many are surprised to find out that this “kid” already has four ex-girlfriends. But, even more surprising is that he is actually an 18-year-old teenager. Ralnhero Dacasin has intrigued netizens not just for cute looks but how he didn’t seem to age through the years.

In an episode of GMA’s Kapuso Mo, Jessica Soho, Ral was first introduced as a young boy whose cute looks has captivated many girls. According to Raln, he already had four relationships because of his charms.

The interesting story continued to share that while he looks like a young boy, Ral is already 18-years old. Ral recalled that it was when he reached 6 years old that his mother noticed that he didn’t seem to age.

According to Ral’s mother Glenda, she didn’t experience anything odd while pregnant with Ral. However, she recalled how much she enjoyed watching a spider with thin legs stuck on a wall. While Ral looked like he stopped aging, he revealed that he still experiences changes in his body.

Because of his looks and height, Ral became a center of bullying in school. He was called names such as “tiyanak” and “nuno.” Ral said what helps him get through the ridicules is the love from his girlfriend.

The KMJS team took Ral to be checked by a medical practitioner. This was the first time the teen was evaluated by a doctor. According to Dr. Philip Banas, except for the obvious height problems, Ral’s extremities and vital stats are normal. He called Ral’s health problem as “Stunting”.

Dr. Banas explained that Ral was born with abnormalities in the brain that hindered him from growing. It is related to hunger and unfortunately, the effect is no longer reversible. Ral could not have been given the right nourishment while growing up.

While Ral currently has no other health issues, the experts suggest that his brain be checked and his bone density evaluated.