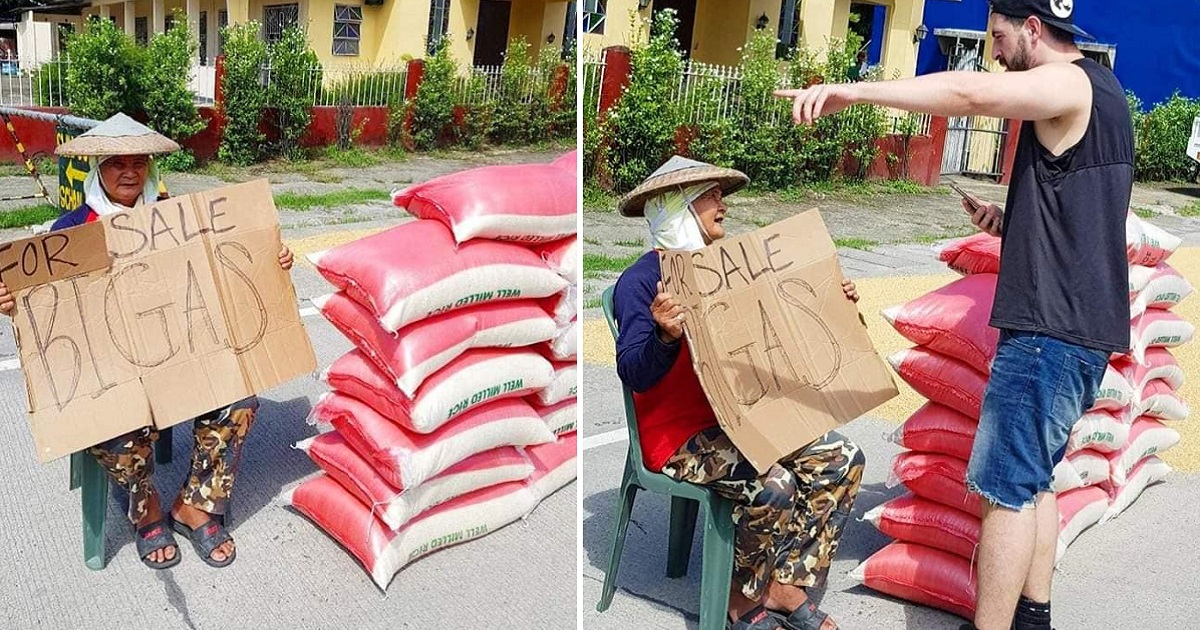 A famous Syrian vlogger living in the Philippines recently went viral again after he traveled all the way to Pampanga to buy sacks of rice directly from a farmer, for the purpose of donating these items to Mindanao.

The Hungry Syrian Wanderer named Basel has been living in the Philippines after falling in love with the place. He owns some businesses in the country but has earned admiration for his big heart to the people, sometimes randomly giving money to some locals who are in dire need of help.

As people, charity groups, and local government units (LGUs) scramble to donate to the people of Mindanao affected by the earthquake, The Hungry Syrian Wanderer also wanted to do his share. But instead of simply sending money to the affected areas or buying relief goods from the nearest mall, he chose to travel to Pampanga to directly buy from the farmers.

With farmers having trouble selling their goods because the prices are too low, no thanks to the rice tariffication law, many have chosen to sell sacks of rice by the roadside instead of giving their products to a middleman, the rice traders.

But there are still those who have something negative to say with what he did.

“I laud your efforts sir but the shipping costs will eat a lot also, could have bought more if you have bought in Davao City,” a netizen wrote.

While the netizen was correct, of course, many pointed out that Basel is not just helping the people of Mindanao but also the farmers. Considering he made an effort to travel all the way to Pampanga just to buy the rice, money is not the main concern here – he simply wants to help more people! Kudos!

Rice Prices in the Philippines

While it is true that rice prices vary, depending on the type and quality, the sad reality is that the farmers are earning too low these days. There is an abundance of rice supply because the rice tariffication law lifted the quantitative restrictions on rice importation. Well-milled rice prices range from Php30 to Php50 (some brands are cheaper and some are more expensive than this range).

While this helped consumers in that there is now more rice at lower prices, the farmers are the ones greatly affected because they spend many months planting the rice, only for them to earn as low as Php12 per kilogram of palay (unmilled rice).