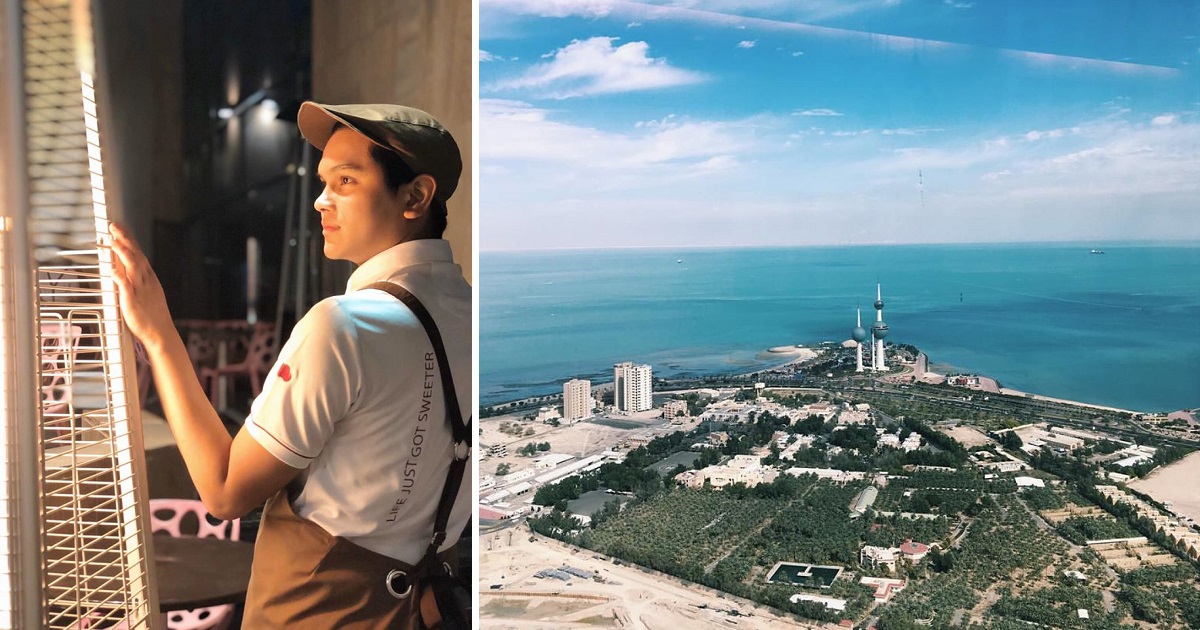 He graduated from Secondary Education major in English in De La Salle University-Dasmariñas, one of the prestigious universities in the Philippines in 2015. But though he is a Licensed Professional Teacher, netizen “JM Papa” would become a waiter in Kuwait.

Admitting to feeling down over what he had gone through, JM Papa would later share his success story in a Facebook post that quickly went viral.

According to him, he was a consistent 100% university scholar and government scholar, too. He was also quite active in school, involved in various activities from singing, dancing, acting, leading, cheerleading, and so much more.

From Teacher to Waiter

Despite being a professional, he found himself working as waiter in a casual-dining restaurant in Kuwait.

“From a high-achieving individual to a waiter. When I started working as a waiter, my co-workers were always questioning my decision. You could’ve been teaching in a public school in the PH but why did you choose to be a waiter in Kuwait. It’s solely because of my dream not only for myself but most especially for my family,” he lamented.

He was quick to explain that he’s not putting waiters down, but actually respects them. Yet as a teacher, he felt that he could have done better. But as the months passed and he was able to build a house for his family in a gated subdivision, he felt so much better. After all, the waiter job in Kuwait paid twice the salary of a public school teacher in the Philippines.

From Waiter to HR Coordinator

Yet JM Papa admitted that he felt down and lost his self-confidence, especially because he wasn’t recognized as a good worker at his job. He didn’t have the courage to apply for a higher position. Thankfully, he managed to overcome that eventually.

He got hired as Human Resource (HR) Coordinator at a prestigious general trading & construction company in Kuwait. This definitely helps him feel more confident now – and certainly pays a better job than being a waiter.

What is an HR Coordinator? 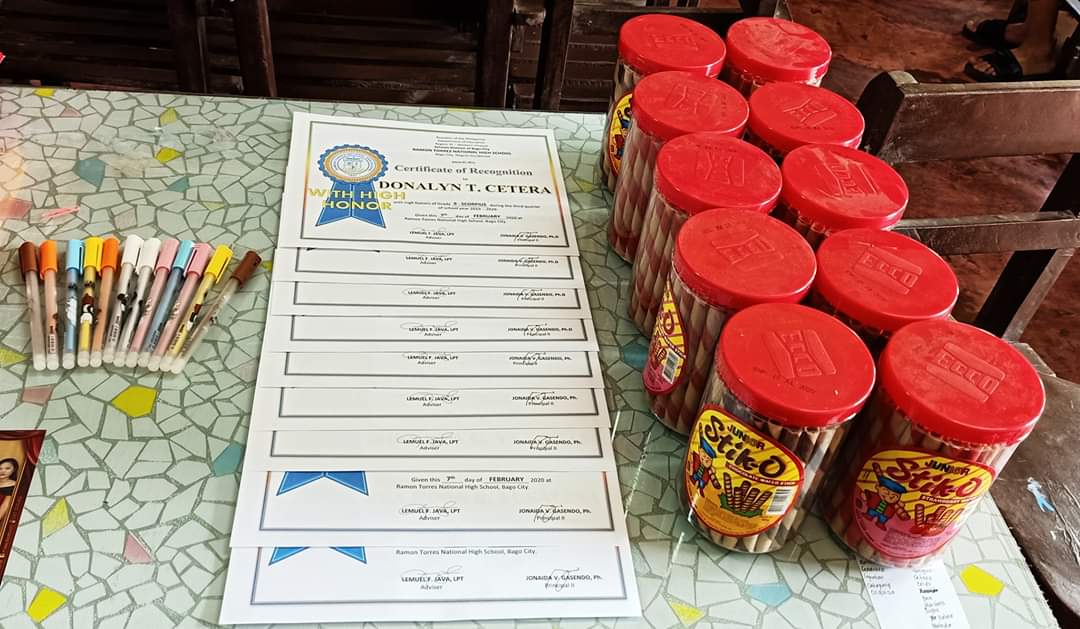 These days, there are so many things that distract students from learning so that many no longer focus on their studies. That’s why it has become a huge challenge for teachers to find ways to keep their students motivated.

Recently, a teacher went viral for giving gifts to honor students in his class for encouragement – and the move has earned praise from students and parents alike.

Teacher Lemuel F. Java, a Grade 9 Values Education teacher of Ramon Torres National High School in Bago City, Negros Occidental, prepares gifts for his honor students, aside from the certificates of recognition that he also prints out. Apparently, he has been doing this since he started teaching, as a way to motivate his students to do better in school.

“Simple treats for my 3rd grading list of students with honors. Congratulations. #SanaAll,” the teacher wrote.

The teacher also apologized to his students for the simple gifts he gave them, but many netizens were already quite impressed that he prepared them the full-sized certificates of recognition. Moreover, this wonderful teacher gave the honor students one pack of chocolate wafer sticks and some cute, colored ballpens for them to use.

Considering that these gifts and certificates were provided for the third grading honor students, netizens deduced that this teacher had also given his students other gifts in the past.

A wafer is a thin, light, and crisp item, often a food item that is eaten with chocolate and/or ice cream. 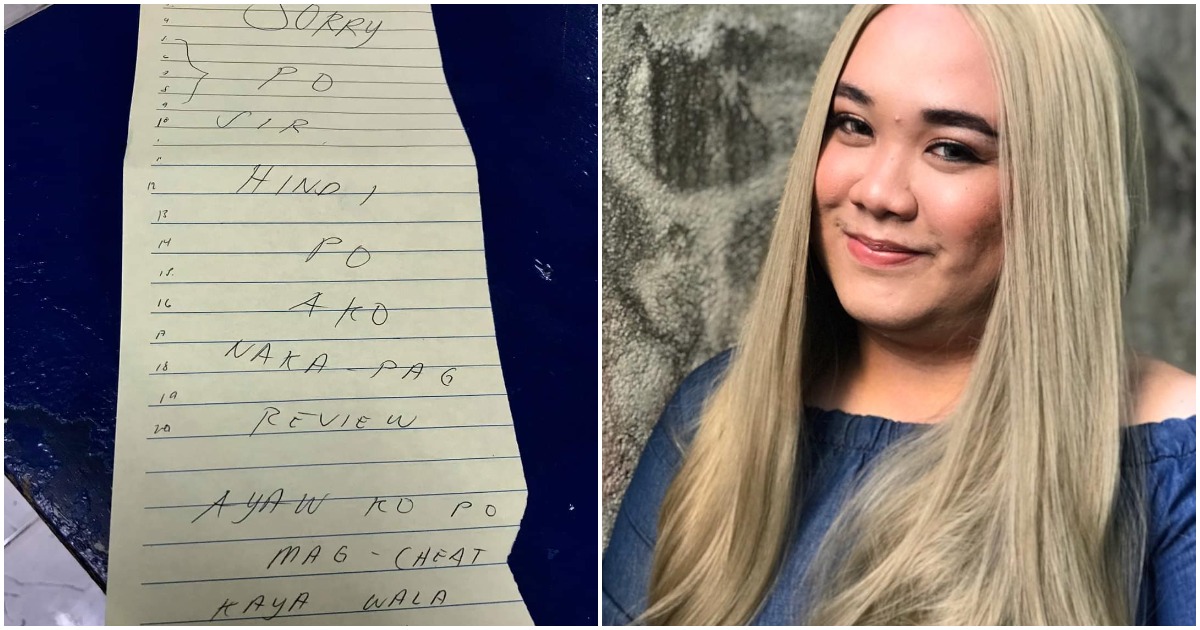 For many students, getting high grades is important, particularly if they have strict parents who won’t accept their failing marks! Sadly, there are a lot of students who would go to great lengths to cheat on their exams, just so they could get good grades.

But one student recent went viral for writing an honest excuse letter after not being able to study – and his teacher admired it so much that the note was posted online. Quite amazingly, the note has gone viral and both the teacher and student received admiration from netizens!

Teacher Rinzie Vargas, a Senior High School and College Instructor at ACLC College of Mabalacat, shared a photo of his student’s excuse letter. The teacher admitted that he was rather surprised to see the excuse letter as he really though the student was simply answering the test when he handed it to them.

And while he admired the student’s honesty for writing the excuse letter instead of cheating, saying that he appreciates character and values more than high grades, he would later learn that the student actually met an accident on the day they had the lesson. Thus, he as unable to answer the test because he had no idea what the lesson was all about!

This earned both the student and the teacher admiration from netizens, especially the teacher who readily accepted the student’s heartfelt excuse even if he didn’t know then that the young man had been in an accident.

“I was touched and moved about this statement from one of my students, I’m not expecting that he’s going to write this, I thought he’s taking down his answers on our quiz. Thank you for making yourself honest.

‘PLEASE APPRECIATE’ This was the greatest words I’ve ever seen.

Take note, not all of us are getting an appreciation to others. So please even a small thing, try to remind yourself you have to appreciate from it.”

Of course, the teacher also warned his students that just because he admired this one and accepted his excuse letter, it does not mean that the others should also follow and simply write him one if they were unable to study.

Vargas updated the post, sharing that he had already talked with the student and offered to give him a special exam on the subject. This will give him time to study for the quiz and also let him have a grade for the missed test.

A person’s emotional quotient (EQ) defines the ability to identify, evaluate, control, and express emotions while the intelligence quotient (IQ) is a score derived from several standardized tests designed to assess an individual’s intelligence. While IQ is definitely important, EQ determines a person’s ability to manage feelings and relationships – and that’s more important in real-life setting.