When he heard about the fiasco surrounding Super Tekla and his live-in partner, Michelle Banaag, former event organizer, Winston Jay Ladera, was not surprised at all.

In his YouTube channel, Winston Jay Ladera TV, he shared what transpired three years ago in a Tacloban hotel where Super Tekla and Michelle were staying. According to him, what happened at that time was even worse. Back then, they kept mum about what happened to protect Super Tekla’s career. But he thinks that now is the right time to tell such a story.

September last year, Super Tekla went to Tacloban for an event that Winston co-organized. He brought with him his girlfriend, Michelle.

On the day that they were supposed to go back to Manila, the couple was not able to catch their flight because of an altercation. Apparently, Tekla woke Michelle up so she can get ready to go home but the latter got angry.

Michelle threw the plates and glasses inside their hotel room. 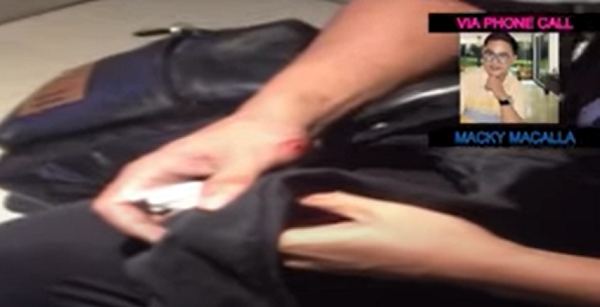 Hotel security came and took the couple downstairs. Tekla went inside the van which was supposed to bring them to the airport. When it was Michelle’s turn, she kept on talking.

The police came and brought them to the police station.

Watch the video for the full story: