As the Social Security System (SSS) in the Philippines increased its perks and benefits for its members, especially women who are now entitled to a much longer maternity leave, many expected an increase in the monthly contributions.

This had been announced by SSS officials in the past, citing the need for the government agency to increase its collection or else the fund would go bankrupt in the next few years.

Recently, the SSS has released the new contribution table which will be effective starting April 1, 2019. 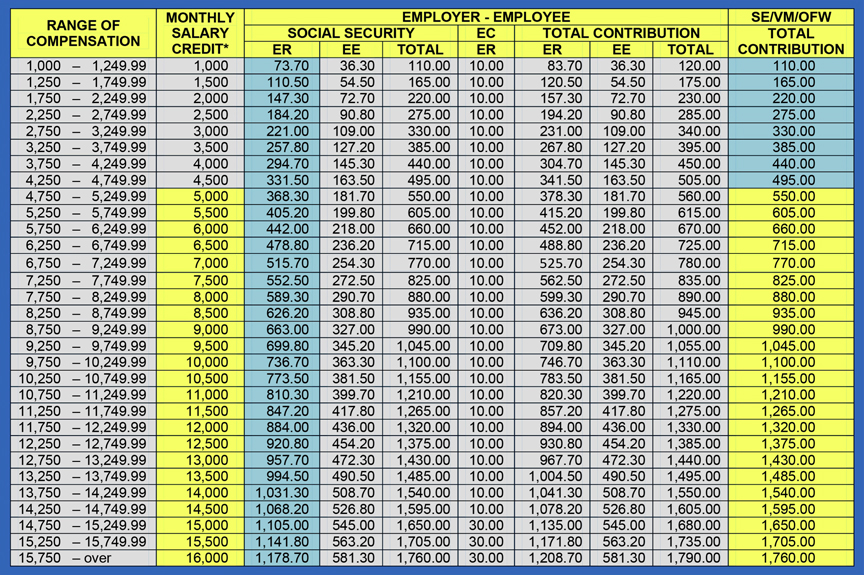 Under the new contribution table, increases can be seen starting from the lowest salary bracket up to the highest; though the highest monthly salary credit has also been increased. 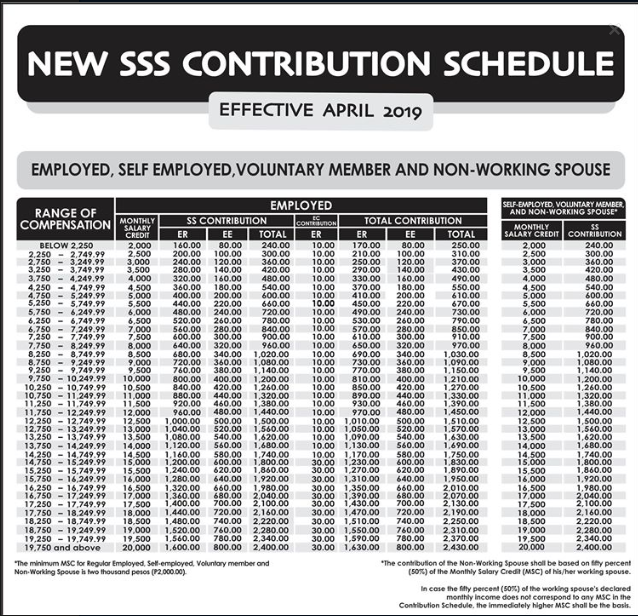 “Employed” members pay a similar total but are lucky enough to have their employers pay a counterpart amount.

Meanwhile, “Household Employers and Kasambahay” pay a similar rate to that of the “Employed” ones.

While the “OFW Members” pay a similar rate to that of the “Self-Employed, etc” group, their lowest monthly salary credit is pegged at Php8,000; this means that the lowest contribution an OFW has to pay is Php960 per month. 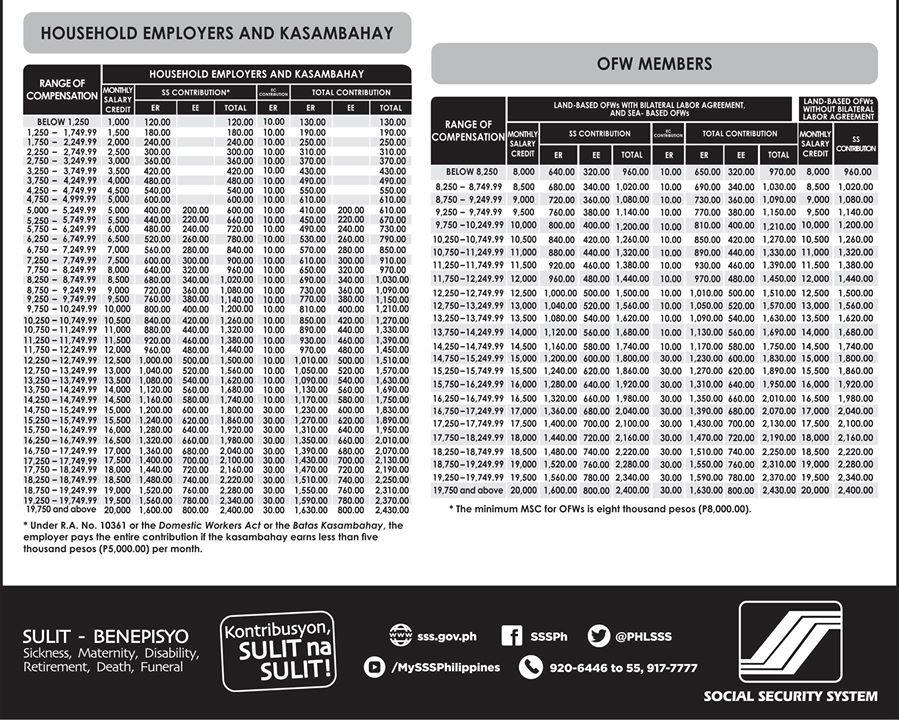 While the increases in the SSS contributions are expected to increase the SSS fund, a number of members believe this is an added burden to many workers. OFW groups are also protesting the mandatory inclusion of OFWs in the SSS program.