In the Philippines, overcrowded buses and jeepneys are a common sight. Even boats and tricycles are overloaded at times.

Recently, a bus conductor went viral for crawling on the handrails of an overcrowded bus.

The bus conductor of the still unidentified bus had to find a way to issue tickets and get the fare payments of the passengers in the bus that was so full packed with passengers no one could pass from one end to the other. 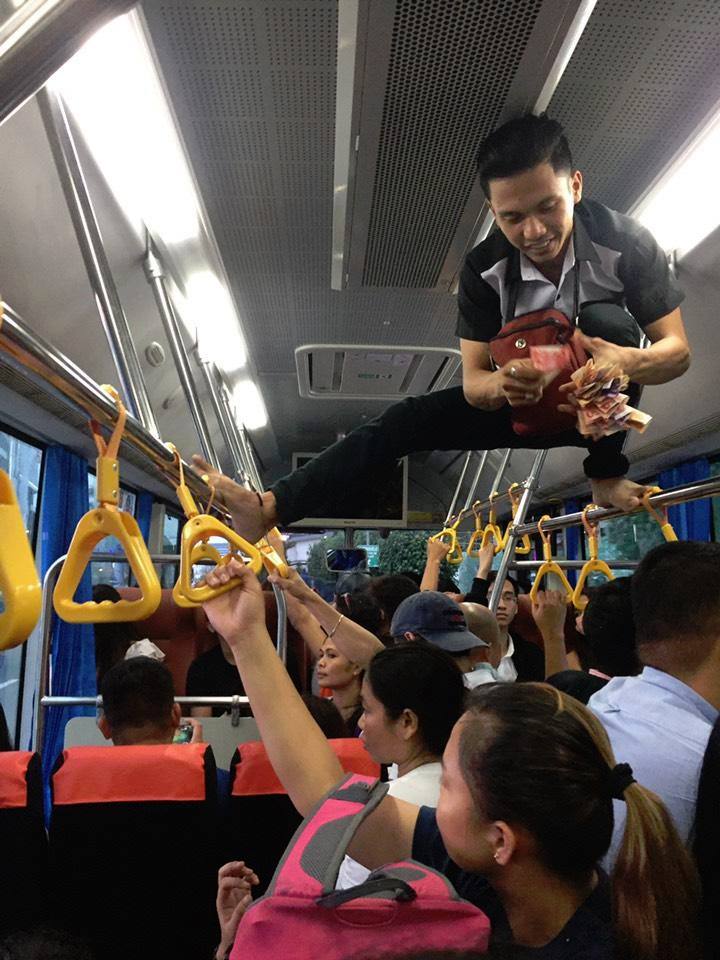 Rather agile, the still unidentified bus conductor found a way to do it by climbing up the handrails and crawled his way across the full-packed bus! Whoa.

Someone from inside the bus took some snapshots of the ‘Spiderman’ bus conductor and shared these on Facebook were it understandably went viral.

On Bromeo TV, the snapshots were shared with the caption, “Conductor – Man Far From Home” in apparent allusion to the latest Spiderman movie, “Far From Home”. 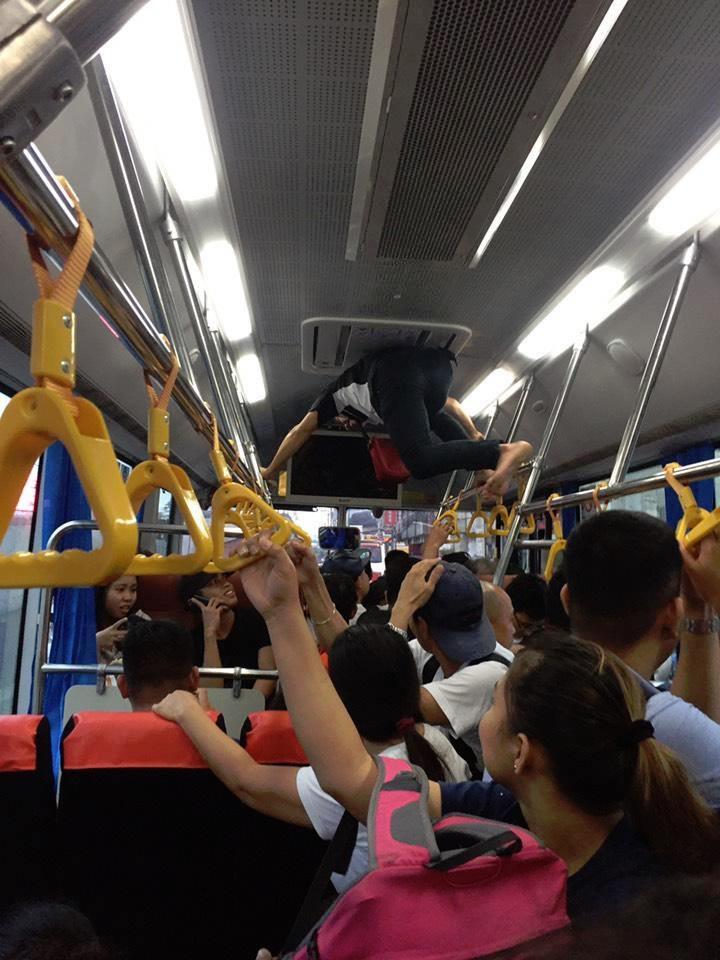 While many netizens had a good laugh over the bus conductor’s moves, many praised him for finding a way to solve the situation; others pointed out that he certainly has a fit, agile body as not everyone could pull off this trick! He definitely deserves to go viral

Others also praised this bus conductor, saying that he is doing everything to earn money for his family.

But others joked that this conductor would not be so happy if the bus driver would suddenly brake because he might fall on the passengers. Ouch. 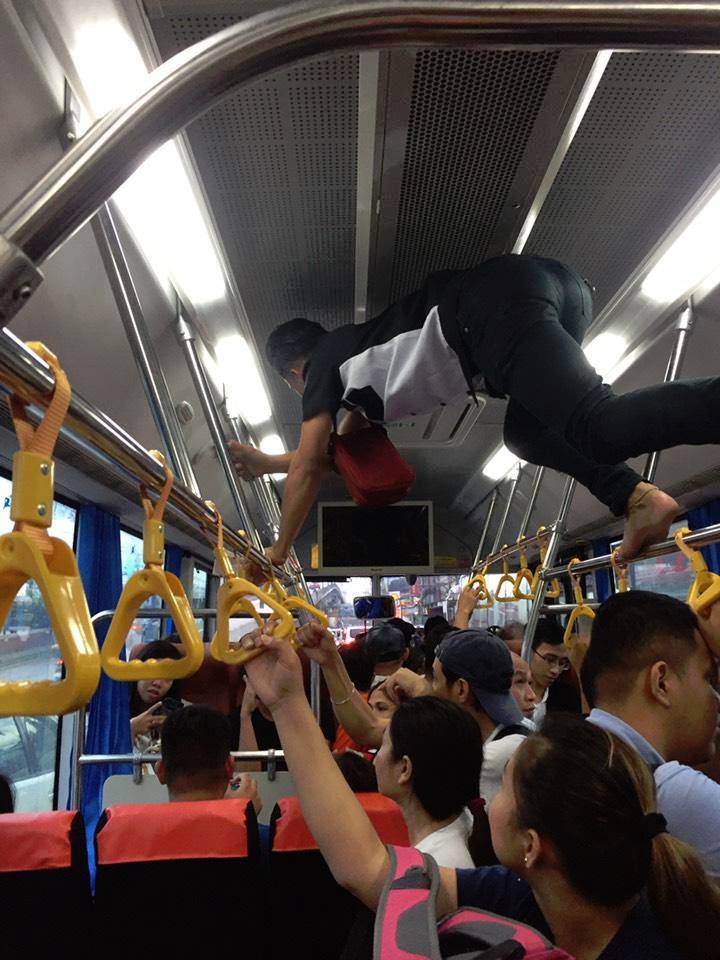 The original uploader of the photos was not as pleased as netizens.

Many netizens slammed the bus driver for still accepting passengers even if the bus was already full packed.

What is “Spider-Man: Far From Home”?

A sci-fi superhero movie belonging to the Marvel Cinematic Universe (MCU); “Spiderman: Far From Home” is the twenty-third movie in the series and is part of MCU Phase 3, set after the events of Avengers: Endgame. It is the last movie in the series, with Phase 4 introducing new superheroes and villains.