Weddings can be quite expensive, with so many things to pay for. It’s great at times that there are talented friends who actually offer their services for free but is it really acceptable to ask someone to do something on your wedding, for free?

Well, that depends really on the level of closeness you have with this friend. We’re quite sure best friends would do everything they can to pitch in and help for free but if you are the one asking favor from someone not close to you, especially just an acquaintance, then you should be ready to pay for the talent fee!

Professional singer Jorell Canuel recently shared on Facebook the conversation he had with an acquaintance who was actually just a seatmate he had in college, not a close friend.

After not really talking to him in 9 years, this ‘friend’ invited him to her wedding. The invitation came as a surprise to Jorell, especially because they weren’t really close and had not talked for years but it turned out the woman wanted him to sing at her wedding.

At first, Jorell felt flattered that the woman was hiring as wedding singer but the gig turned out to be something he wasn’t expecting – because this ‘friend’ wanted him to sing for free!

He learned about this when the woman asked him to include another singer friend for the wedding. 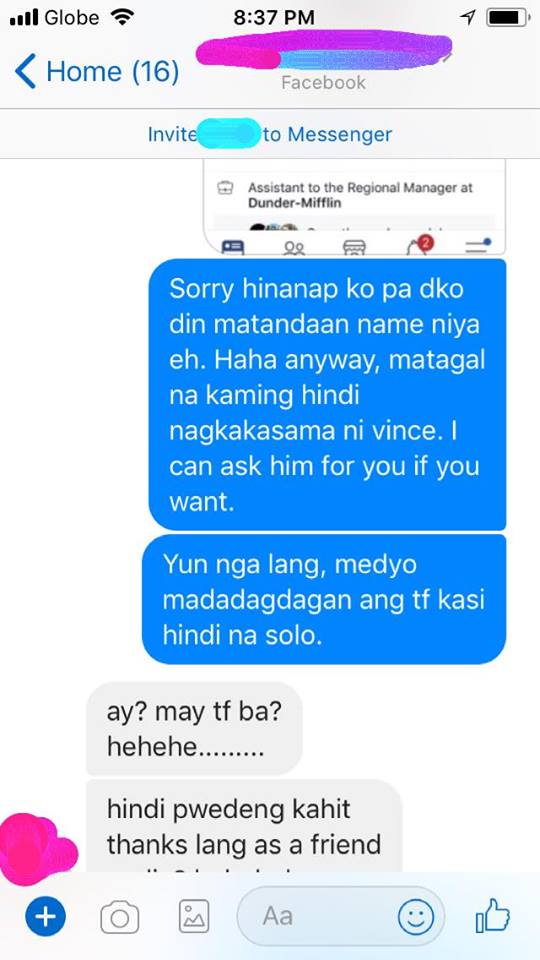 When he told her she would have to pay a higher talent fee (TF) because the gig wasn’t solo, she laughed and told him he should just do it for free because as singer, singing ‘just a few songs’ during the ceremony and the reception wouldn’t really tire him out.

Jorell was rather hurt but also laughing when the woman blocked him after realizing he was serious about the talent fee. Ouch.