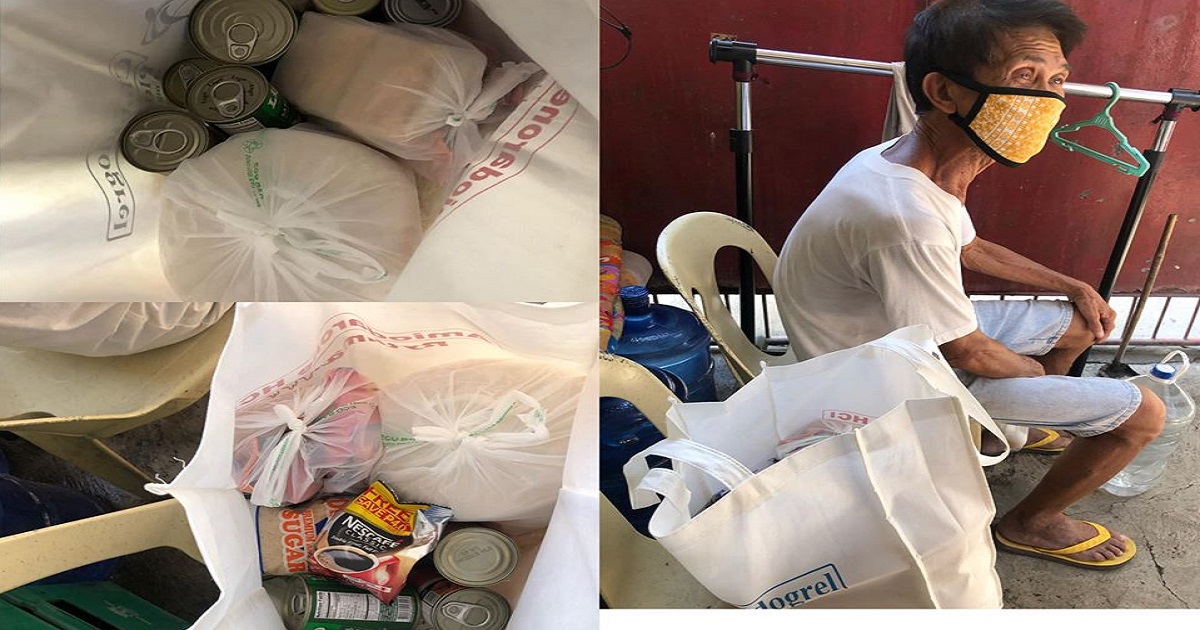 A scavenger couple who had only being eating ‘chichirya na bangus’ for several days found help from the kind store owners who took pity on their plight.

These days, finding money is difficult, particularly for those whose jobs can’t be done at home. Though the government is providing relief goods and some financial assistance, particularly to low-income families, not everyone is qualified as recipient. Many have not received anything.

With only some coins left because they can’t go out to earn some money, a pair of old scavengers had taken to eating ‘chichirya na bangus’ for several days. It is a different kind of ‘bangus’ and is not something you would expect people to eat for viand for many days, but the old couple could only buy that with what little money they had left.

Shang Marquez shared that they observed an old man repeatedly going to the store of her parents-in-law, buying ‘chichirya na bangus’ every single day. Sometimes he would also bring his wife.

One day the couple went to the store with just Php2. They overheard him ask his wife, “Ano bibili paba naten to bangus?” While it seemed nice to hear that the couple will be having bangus for lunch, the ‘bangus’ they meant is still the chichirya they get to buy for coins. That’s the only food they could afford to buy.

Taking pity on the two, the family decided to provide them with some free relief goods. They gave the couple rice, some canned goods, sugar, coffee, and some bread. Marquez said that the old man nearly broke down after they gave him the free food.

According to Marquez, they live in Brgy. Darangan in Binangonan, Rizal.

Chichirya is the local term for ‘junk food’ in the Philippines. While it is often viewed simply as a snack item, chichirya is often also used as viand by poor families.