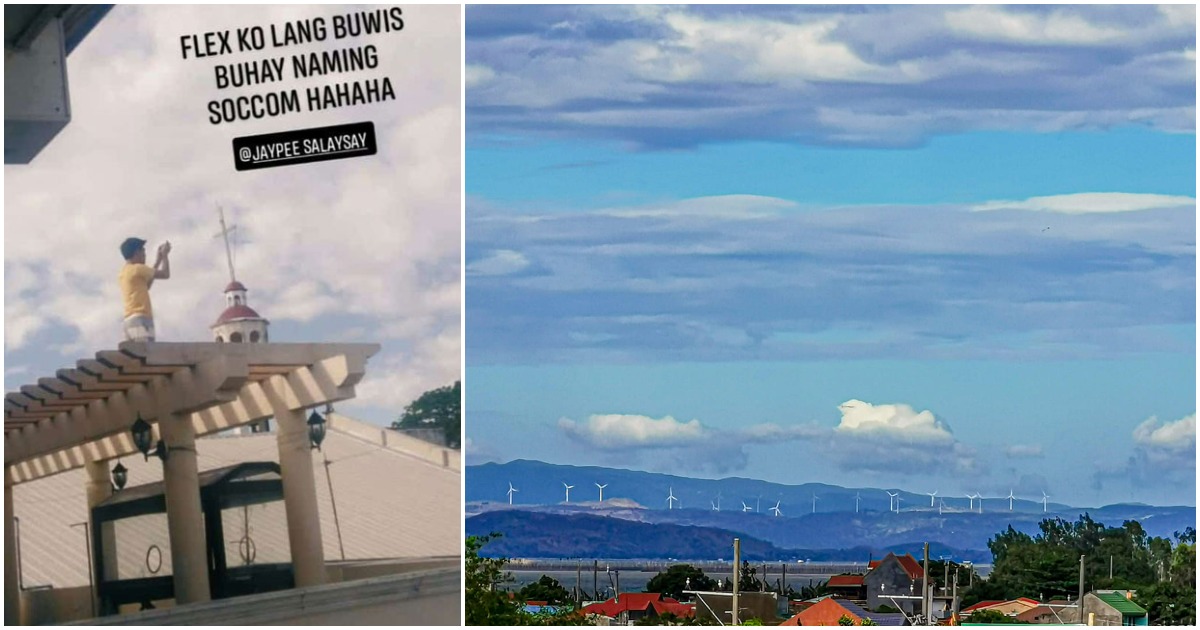 Social media has been abuzz over photos of the Pililla windmills in Rizal that were taken from Pasay City, some 50+ kilometers away. This created some controversy but another person backed up the photographer’s claim by posting a photo of the windmills from San Pedro, Laguna, over 75 kilometers away! Wow.

When Donald Pancho shared a photo of the Pililla windmills from the rooftop of his condominium building in Pasay City, Metro Manila, a lot of people were skeptical that it was for real. Many think he used photoshop to ‘insert’ the windmills or some other method to make the windmills appear visible from his home.

Pancho has since convinced these people that the photo was for real by sharing some videos.

But netizen Jaypee Salaysay was also able to take some snapshots of the Pililla windmills from as far away as San Pedro City, Laguna.

After Pancho’s photo went viral, Salaysay realized that the windmills were also visible from his hometown!

So, he climbed up the highest part that he could read at the Diocesan Shrine of Jesus in the Holy Sepulchre located in Barangay Landayan, San Pedro City. His friends took a photo of him on top of the roof, as proof that he actually did it from their hometown (and what risk he actually went through to take the pictures!).

It helps that this phone is a Huawei P30 Pro as it could take clear photos of faraway objects.

The Huawei P30 Pro is flagship phone of Huawei, a Chinese smartphone company. With its Leica quad camera and 5x optical zoom, this phone has ‘superpowers’ in taking photos of faraway objects with amazing clarity. It can actually take a really good photo of the moon, thanks to its added 50x digital zoom!