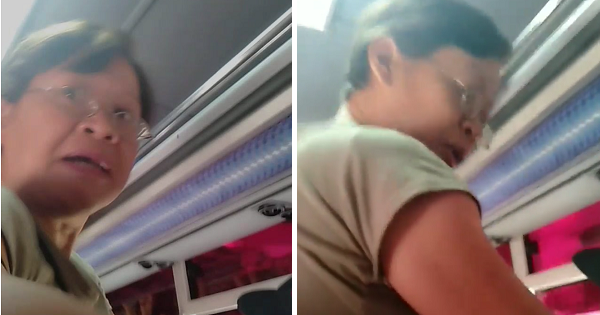 It is true that public transportation in the Philippines has a long way to go before it can be at par with that of highly developed nations. Most public buses and trains are overcrowded, particularly during rush hours – and it is quite unlikely that you’ll find men offering their seats to women these days.

Netizen Anne Gaddi shared a recent experience while riding a bus with her child. 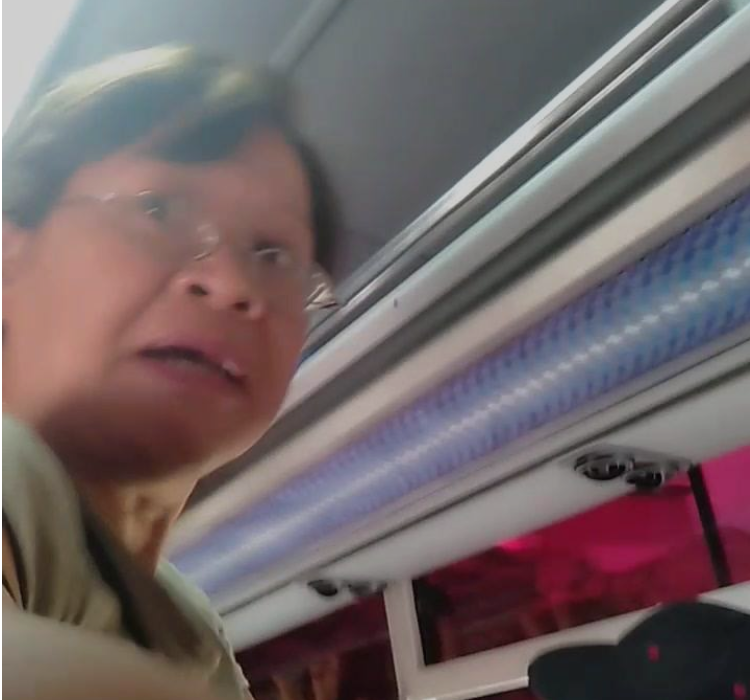 Apparently, the old lady wanted Gaddi to give up the seat for her; assuming that because she’s a woman, she will understand the plight of another woman who had to stand up for the duration of the trip because men in the bus would not give up their seat for her.

The problem is that Gaddi was traveling with her small child. It would be quite difficult for her to stand up and let the old lady take her seat because doing so would put her child in danger. But the old lady was angry, saying she does not know how to show respect to older people. 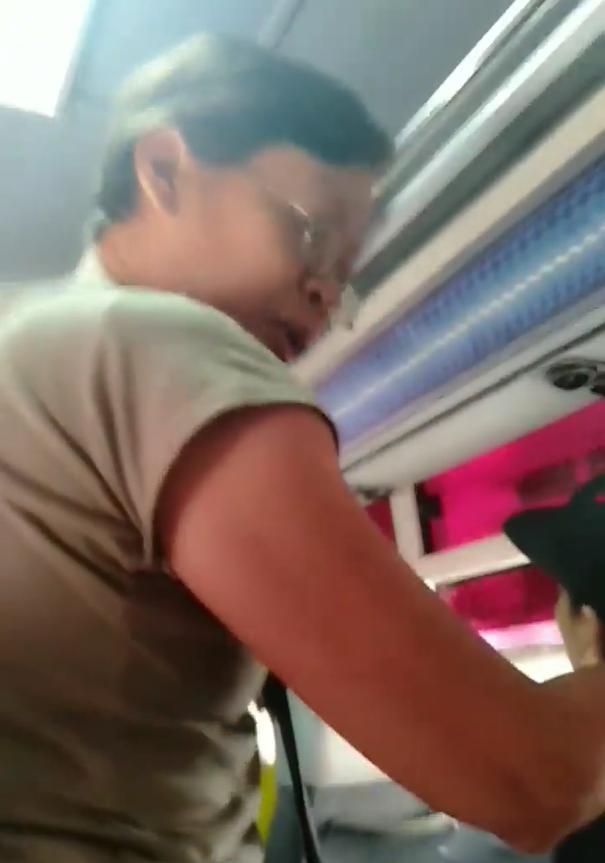 The old woman was also quite mad that Gaddi had supposedly accidentally touched a part of her body while riding the bus, but the younger woman said this was not the case – and if that even happened, it was not done intentionally.

Angry that Gaddi refuses to give up her seat, the old woman shouted at her and lashed out because she was taking a video. She dared Gaddi to upload the video on social media, saying she was not afraid at all because the younger woman is simply showing she has no manners.

Watch part of the altercation here:

It started out as just another ordinary day for the people living in Taal as they took tourists on tours to the crater lake and other beautiful tourist spots on the volcanic island. But things would take a dangerous turn just a little after lunch time when steam started to come out from a vent.

As the smoky steam rose higher and got bigger, the locals knew this was not just an ordinary day – the volcano is erupting and everyone should be evacuated out of the island ASAP! So, the horses that were often used to take tourists on tours were soon used to take them out of the hiking spots as fast as possible.

Everyone knew that they had to leave the island as soon as possible. But a tourist managed to take a video of their hike and evacuation. This showed people what happened on the island right before the volcano erupted.

Michella Domenici shared a video of their hike on the island. Together with their guide, they hiked up the spot that offers one of the best vantage points of the crater lake. The crater lake looks beautiful but she noticed that there’s smoke coming from one spot. Since the smoke was small, it did not cause alarm yet, but this would soon change in just a matter of minutes.

As the smoke coming from that vent grew bigger, the locals told everyone to evacuate. The tourists found help in the guides who let them ride the horses to safety. Michella managed to take some videos of the tall smoke column rising from the vent as they moved to the wharf where the boats swiftly took them away from the island.

It was only when they were safely on the other side that the group breathed a sigh of relief. Looking back, they saw that the volcano has erupted, sending tons of volcanic material several kilometers up the sky! That was definitely a close call. Everyone is thankful that they made it out of the island. Thankfully, no casualties have been reported as of press time.

BEFORE the TAAL ERUPTION

Evacuation is the urgent and immediate egress or escape of people from a certain area due to imminent danger or hazard to lives and property. This is often done during calamities.