How much salary do you expect to receive? This depends on a lot of things, including your education, years of experience, skills, job you are applying for, location, and other factors.

But one netizen recently drew mixed reactions online over a post about Bachelor’s Degrees and the Php450/day salary that many workers receive. Many think she’s an entitled millennial who already wants to receive a high, managerial-level salary even without prior experience, but others agree with her post. 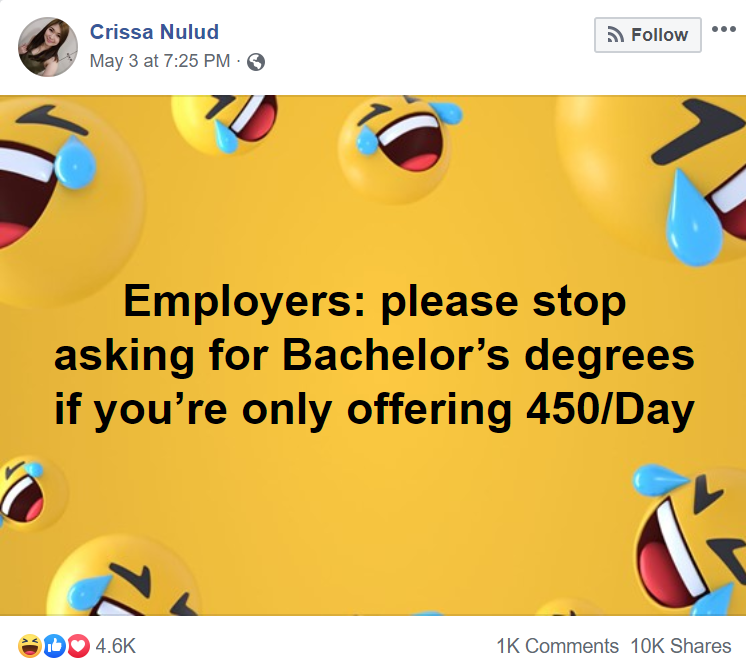 The post quickly gained traction on social media because people thought she’s being an entitled brat. It received a lot of comments from netizens who were rather triggered by her post.

Unang una, bakit colon yung ginamit mo? Pangalawa, employers will not hire you because of your diploma but because of your talents and skills. Pangatlo, make sure your attitude is worth more than Php 450.00. Lastly, you’re not the only one who seeks employment, di ka kawalan. 😊”

Someone also wrote a response to Crissa’s post – and this also went viral. A certain Cassie Japos wrote:

Newsflash, EMPLOYERS ACTUALLY CAN. What they are offering is not only 450/day but experience, training, and new skills.

My first corporate job salary was only 7k/month minus sss, philhealth, tax. But the skills that company taught me earned my way to a higher salary and was a stepping stone to be a rockstar VA.

I am appalled to see a fresh graduate post this. I know a degree is important but attitude is also imperative, you self-entitled brat. I still can’t believe the number of idiot millennials who think they can land a job (without their rich parents’ referrals) after posting their stupid opinions online.🙄

It turned out, however, that Crissa is not actually a ‘fresh grad millennial’. In a separate post on Facebook sharing an article written about her post, she revealed that she had actually graduated in 2013. 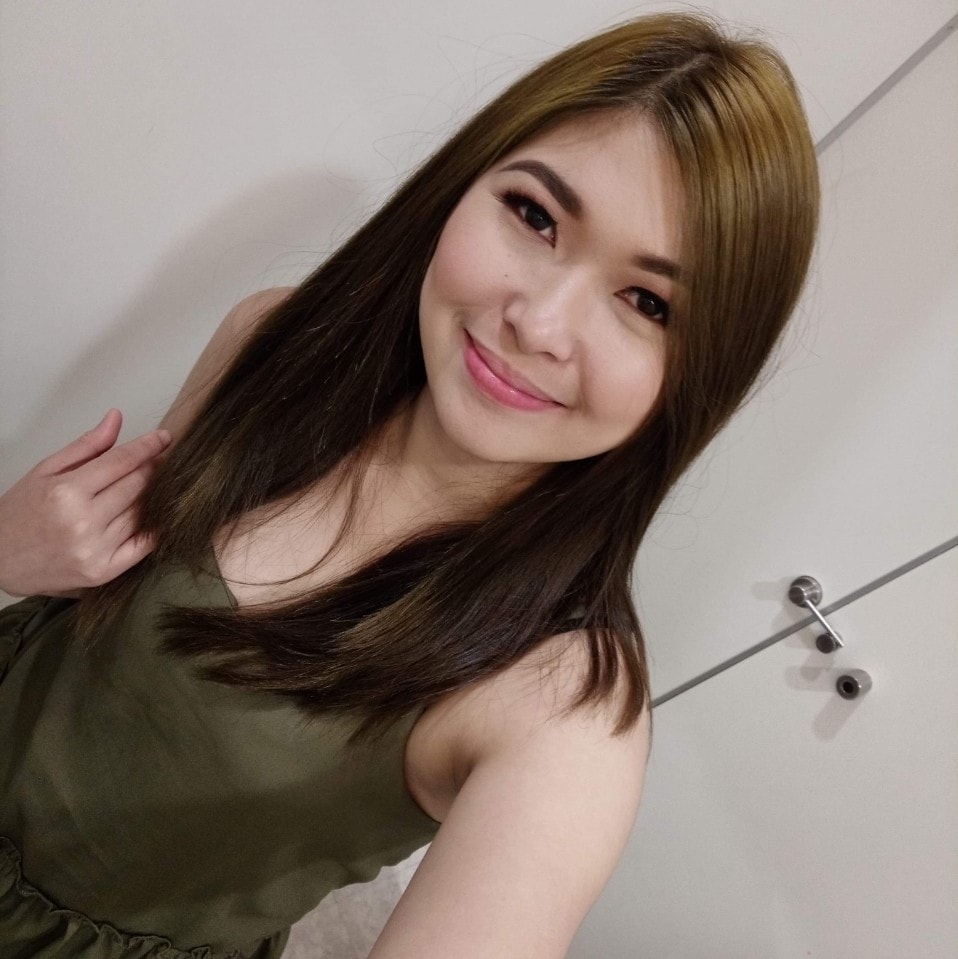 While she mostly received flak over her post, there were also those who took her side and admitted that she was right. Many are hoping that employers would increase their workers’ salaries since they expect their employees to have Bachelor’s Degrees and a certain level of experience…