A kid’s heartbreaking letter to cheating dad broke hearts, especially because the child only wanted to express love to the dad and didn’t want to break his new happy family up. Truly sad, isn’t it?

As adults, we sometimes think only of ourselves and our happiness, without taking our kids’ feelings into consideration.

This is especially true in broken marriages after someone cheated. They don’t realize the impact of their actions on their family, particularly the kids. Sadly, issues like this break the kids for life, and they have to learn to cope with abandonment and feelings that their cheating parent doesn’t love them anymore.

Recently, a child’s letter to a cheating dad went viral, especially because the child wasn’t begging for the dad’s return but only wanted to show love to him even if he has a new family already.

In the letter, the child told the dad that they knew their dad already has a new love life, but they still love him anyway. 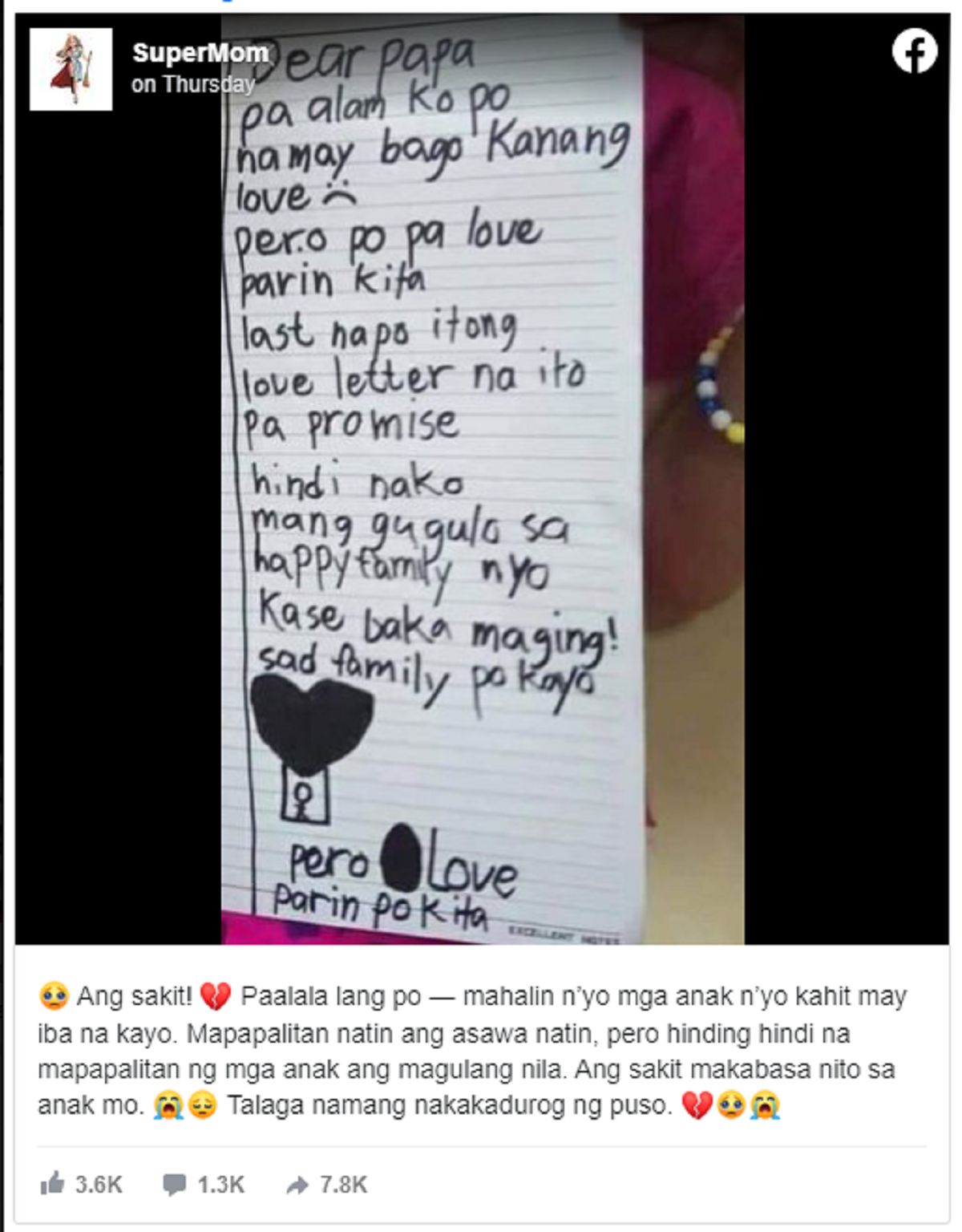 The kid also told the dad that it will be their last love letter and that they will never do anything to break up the dad’s new happy family because they don’t want it to turn into a sad family (just like theirs, although that wasn’t written on the letter).

In a post on Facebook, SuperMom advised parents to always love their kids and to show them love even if they already have a new family.

Although it’s true that you can change your partner and have a new family, the kids could never change who their parents are – and that’s really a heartbreaking thing.

Many netizens also advised couples to think twice, thrice, or as many times as they could before cheating on their partners and leaving their families because the kids are really among the most affected in these breakups.

Child Support in the Philippines

Although less pursued than in the US or other places, it’s possible to ask for child support in the Philippines. However, if the other person isn’t willing, you’ll have to take them to court to demand it.