A student recently went viral for the impressive way she makes drawings with her feet, because she has no arms.

What’s amazing about this young lady is that she did not let her lack of arms stop her from honing her talent in art as she creates amazing artwork with just her feet! 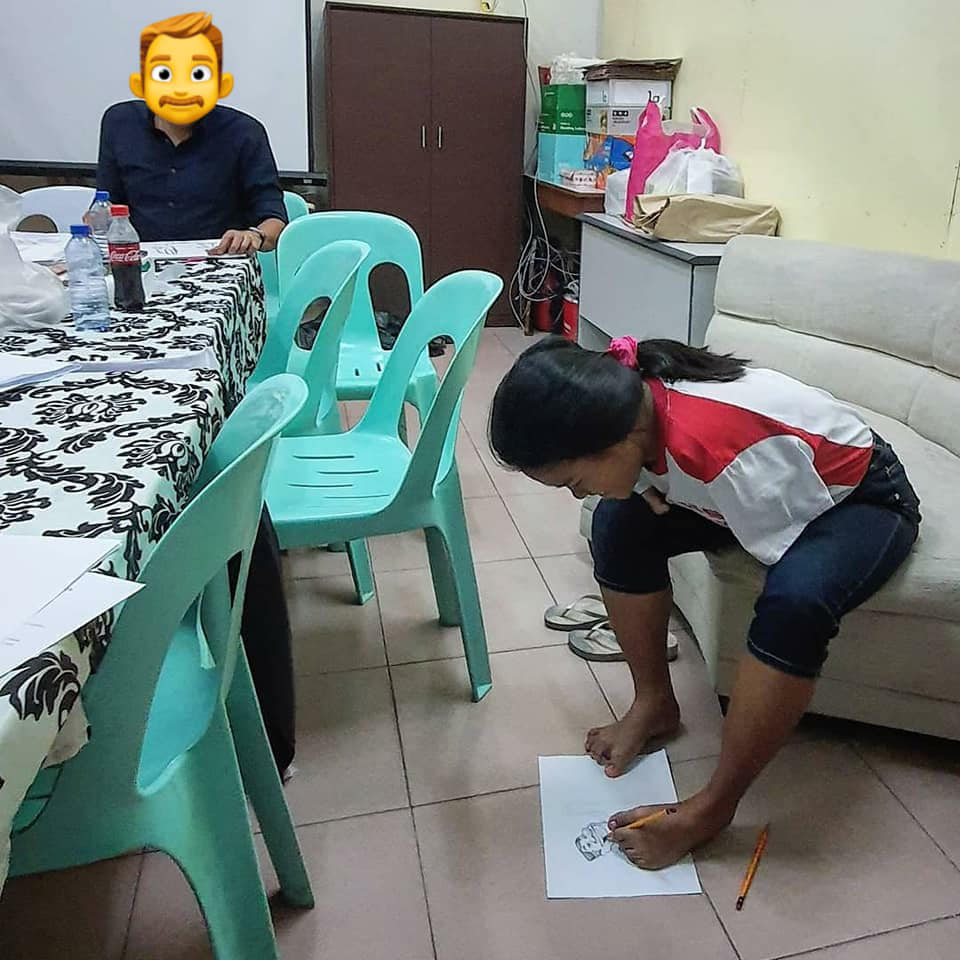 Journalist James Konstantin Galvez recently shared photos of Angel Mae Otom, a young girl who was born with no arms but has learned to make use of her legs and feet for activities that would have otherwise require arms and hands.

According to Galvez, Angel is joining the editorial cartooning contest for the first time, but he hopes she would get a podium finish at the National Schools Press Conference (NSPC). What impressed Galvez so much is that even with no hands and just using her feet to draw, Angel is able to make amazing work that is at part with the best cartoonists around. 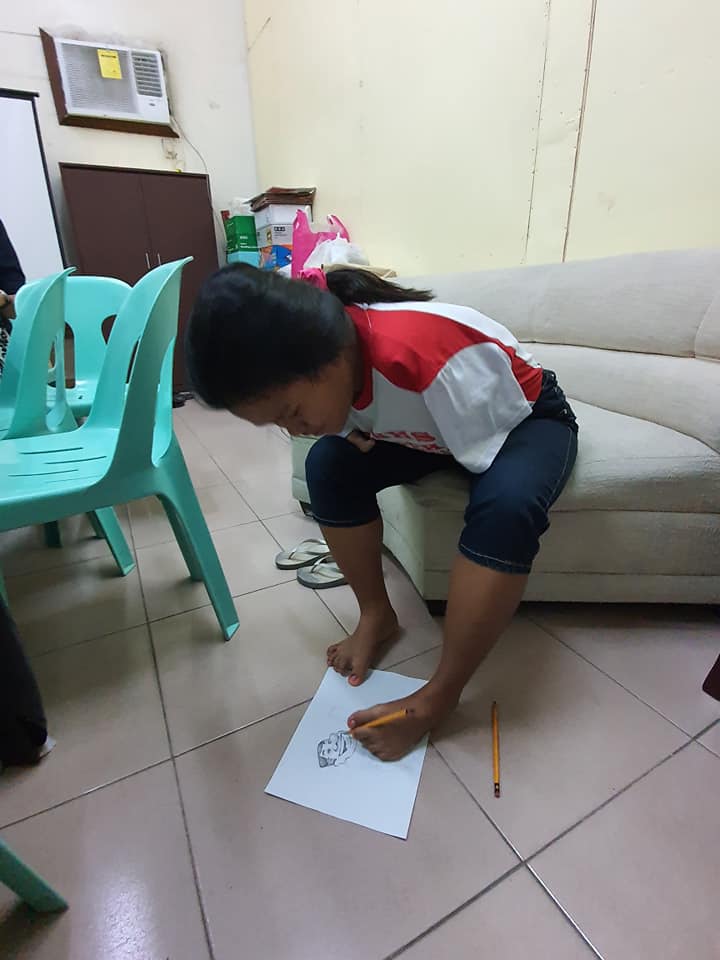 If you hadn’t seen Angel making the art with feet using your own eyes, you might think that the artist who created the artwork made use of his/her hands!

Just like Galvez, a lot of netizens are hoping that Angel would make it to podium finish in the national contest. 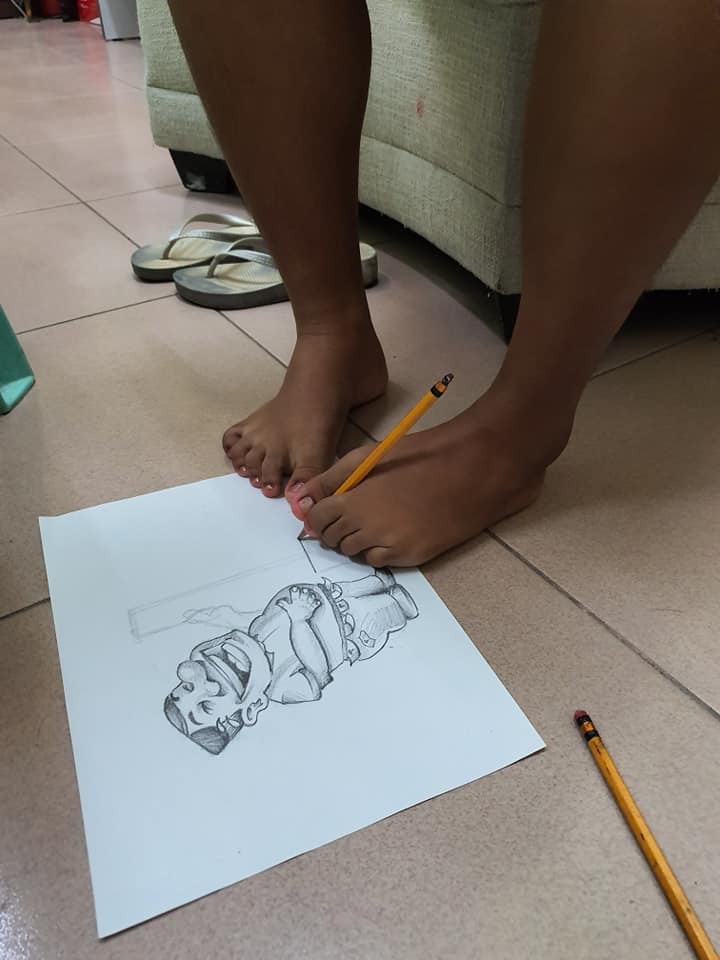 A netizen commented that she hopes Angel won’t get special treatment in the contest, just because she’s a cartoonist with no hands.

“I also do hope that there won’t be any special treatments to her works in competitions because she’s a talented and amazing person with disability. Let’s keep the judging fair, shall we?” Gloricar Abeleda Moralista wrote.

Galvez gently chided the netizen, telling her that the photo was meant to inspire but the judging process is surely a different story. He added that the judges are credible enough to make a sound decision. Plus, in most contests, the judges are often ‘blind’ to the identity of the contestants. 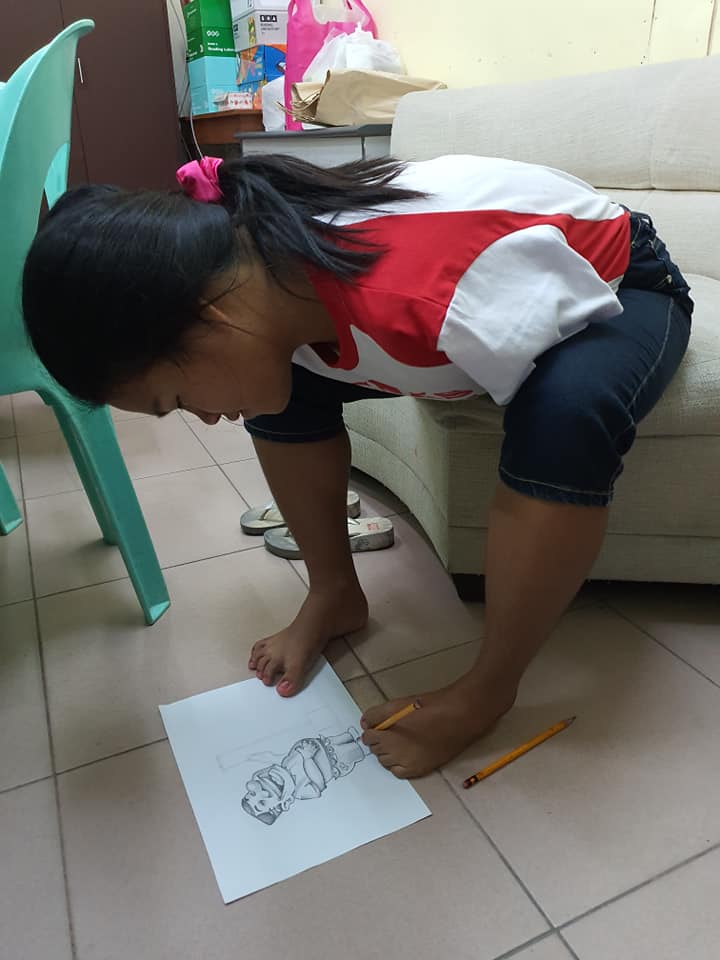 What is Editorial Cartooning?

Editorial cartooning is a type of journalism that uses art, particularly caricatures, to express the artist’s opinion on timely issues in the news.