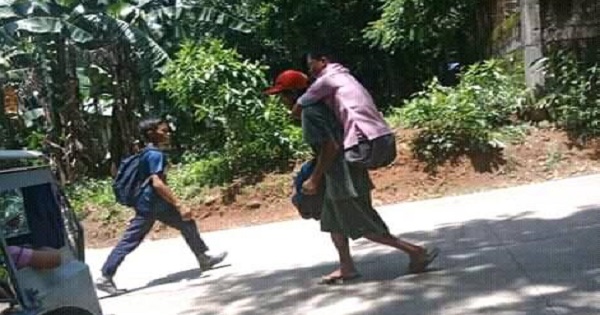 For many poor parents, especially those living in the Philippines, there is nothing they could give their children as inheritance but the gift of education. Too poor to even have money in the bank, these parents send their kids to public schools where they don’t have to pay for tuition fees.

Knowing that education is the key to success, they encourage their kids to do their best in their studies so they can have a better future.

But one dad went beyond advising his son to do his best in school – he actually carries his son there! 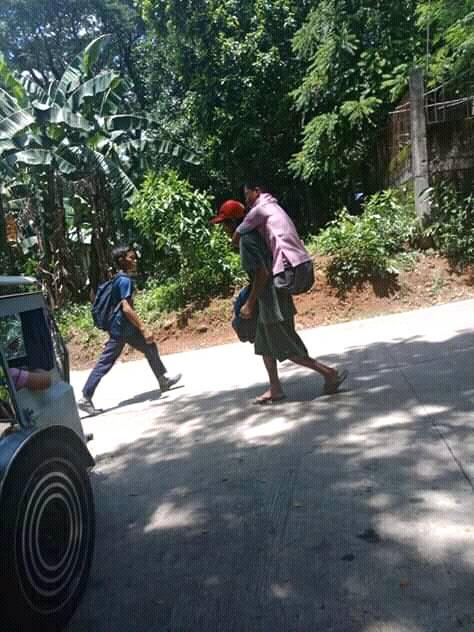 Netizen Joshua Lisaba shared photos of the dad and his legless kid, on their way to school. Because his son had no legs, this dad would carry him to and from school, something that he had done since the child was in his elementary years.

Now that he is in high school, his dad continues to give him full support. The young man is studying at Sto. Cristo National High School in San Jose del Monte City, Bulacan – and his dad would carry him there, rain or shine.

Netizens took pity on this poor dad’s plight, considering that his son is already quite heavy for him to carry. But because they were poor, they could not afford to buy a wheelchair which would have made the trips to and from school much easier. 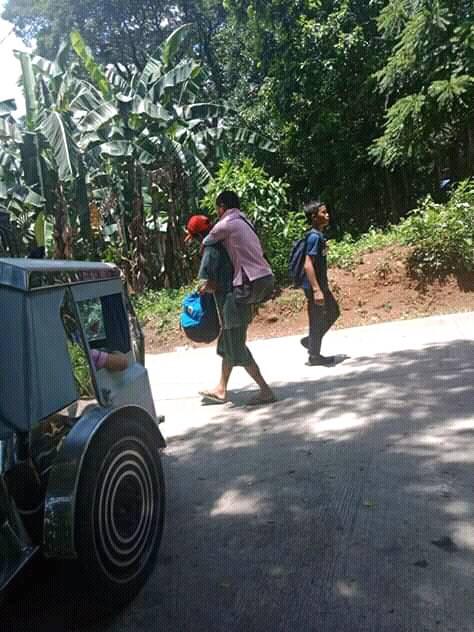 Many are hoping that someone would donate a wheelchair for the student so his dad wouldn’t have to carry him anymore.

The invention of the wheelchair has made it easier for people with certain mobility problems to move around.

Some wheelchairs are even fully automated to ensure that the user could easily move around and go to farther places without the assistance of somebody, as opposed to regular wheelchairs that have to be pushed around by someone.