In the Philippines, there are lots of ‘kumpare’ jokes wherein the ‘kumpare’ would be with ‘kumare’ while her husband is out. But one of these jokes came true for one husband from San Juan, Batangas who often received unli-drinks from his “kumpare”, only to later learn that the guy was doing this to sleep with his wife! Ouch. 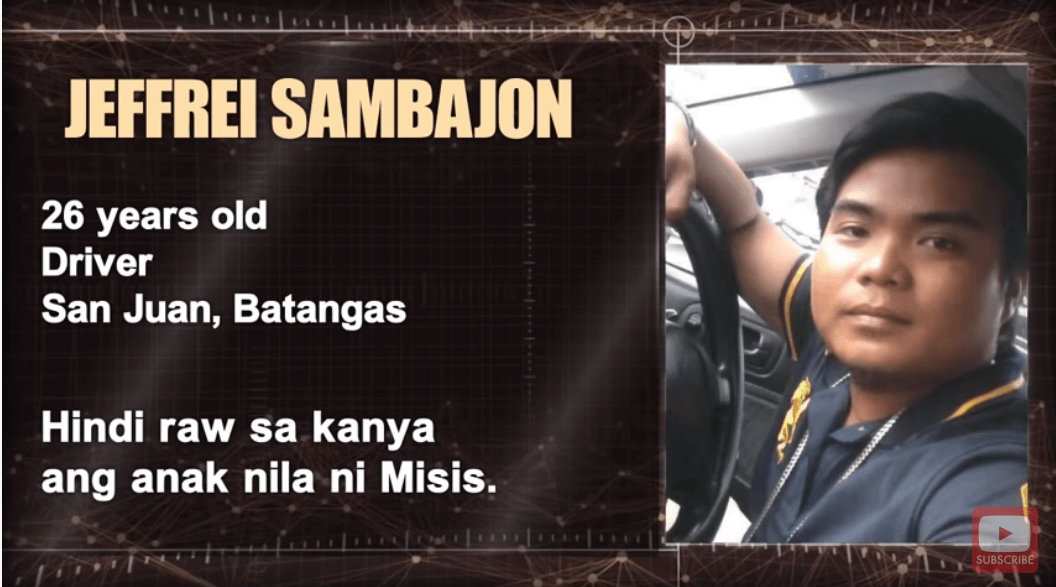 Jeffrei Sambajon, a 26-year-old driver in San Juan, Batangas, went to Raffy Tulfo in Action to seek help against his wife, 24-year-old housewife Cristyl Sambajon, who has a baby with his kumpare, Marbert Masangkay, a 25-year-old driver from San Pascual, Batangas. 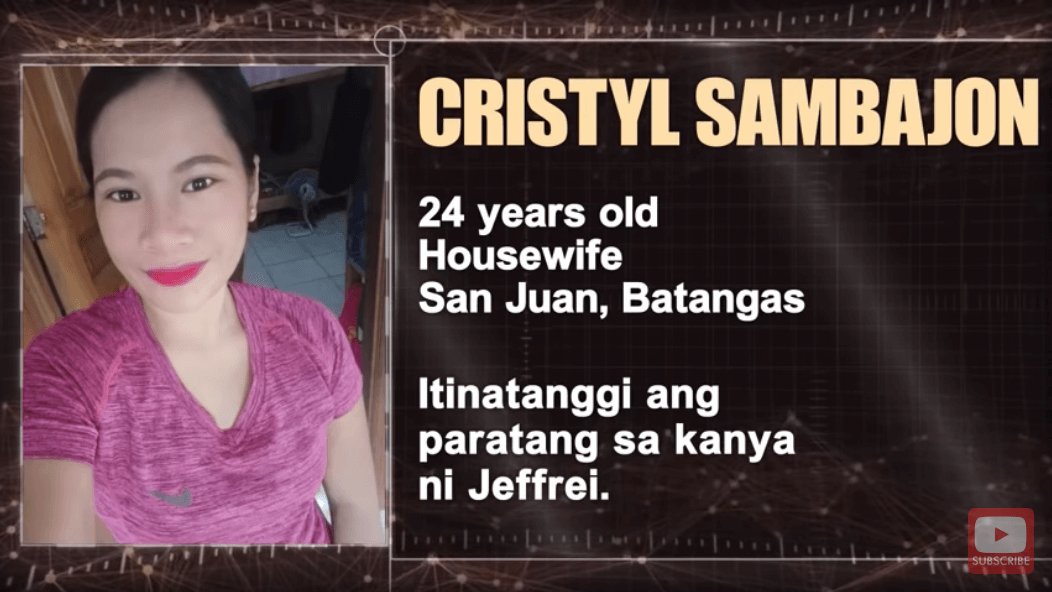 According to Jeffrei, he has a child with his wife – and they have this very friendly “kumpare” who often visits them in San Juan. At first, Jeffrei thought nothing about his “kumpare” always staying at their house and treating him as well as his uncles with free drinks. 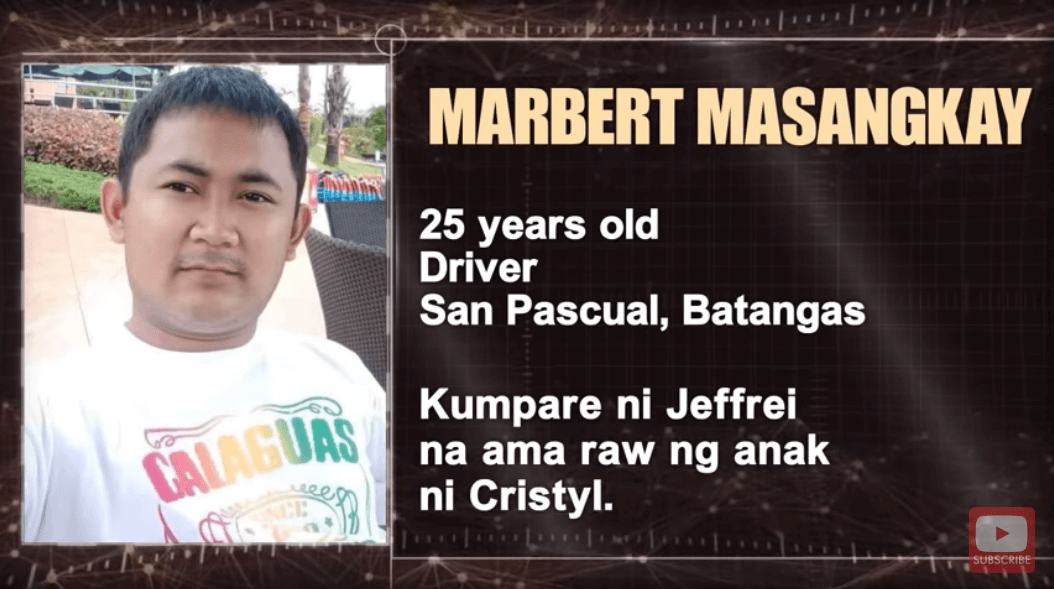 But later, as he and his wife began having marriage troubles, he realized that there’s something about his “kumpare” spending so much time at their house. Eventually, Jeffrei and Cristyl broke up.

Some months later, Cristyl told Jeffrei that she’s 4 months pregnant, but he refused to accept the baby as his because he knows that just by counting the months since they broke up, the baby is definitely not his. 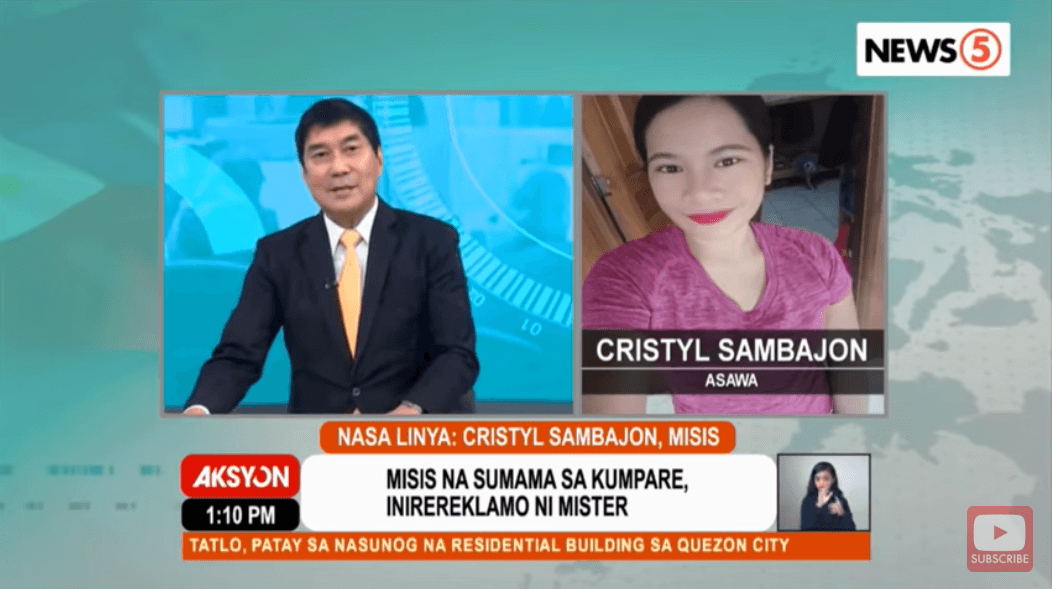 While Cristyl claims that the 1-year-old baby is his, Jeffrei found proof that Marbert is the dad because his name was on the child’s birth certificate! Cristyl continues to claim that the child is Jeffrei’s, telling Tulfo that the doctor told her to write Marbert’s name on the birth certificate; of course, Tulfo would not accept her reasons.

A “kumpare” is the godfather of your son or daughter. The female counterpart is a “kumare”.