Most dolls are beautiful. While dolls were primarily made for children to play with, many have also become collectors’ items that appeal to adults – male and female alike. 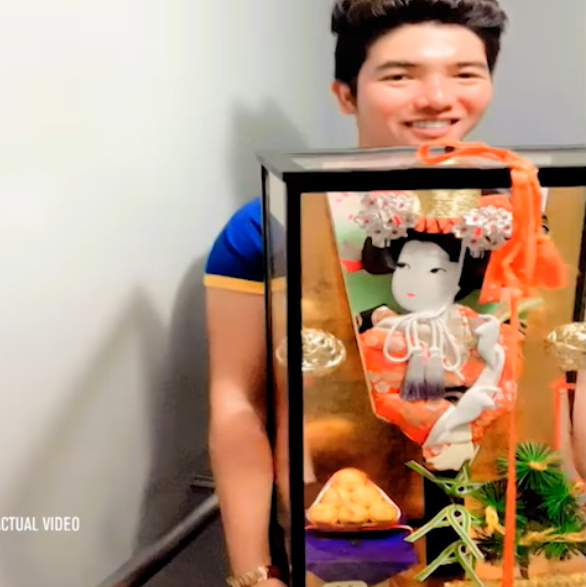 When Coco Salvacion saw a Japanese doll being sold for Php3,500, it appealed so much to him that he bought it. The doll had a lovely face of what he believes to be a geisha made of paper, decorated with beautiful clothes and placed inside a glass case. 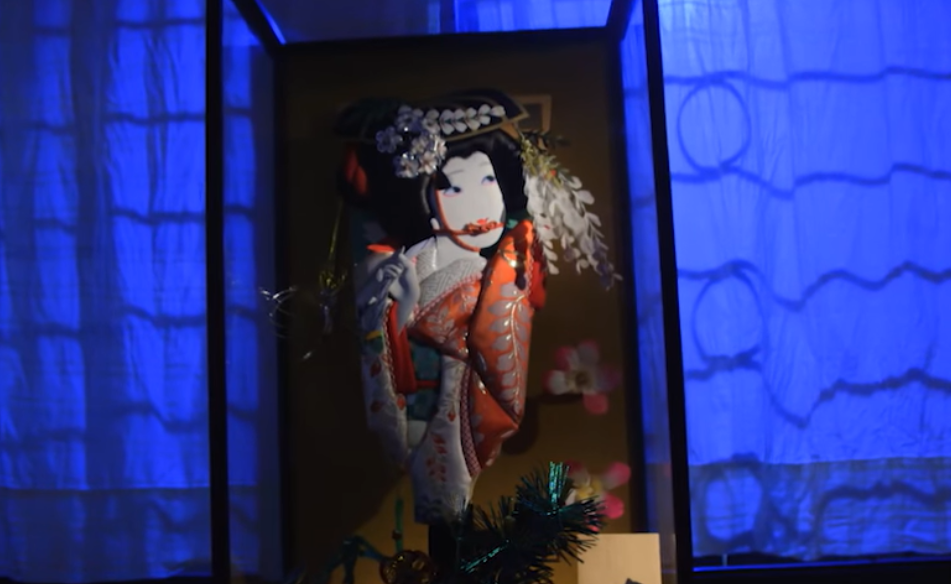 Coco put the doll in the living room. Every day, he would ‘play’ with the doll and rotate its case, calling her ‘Ganda’. He believed that the doll would bring him luck – and it did! According to Coco, his business transactions became smoother and he had a lot of clients. 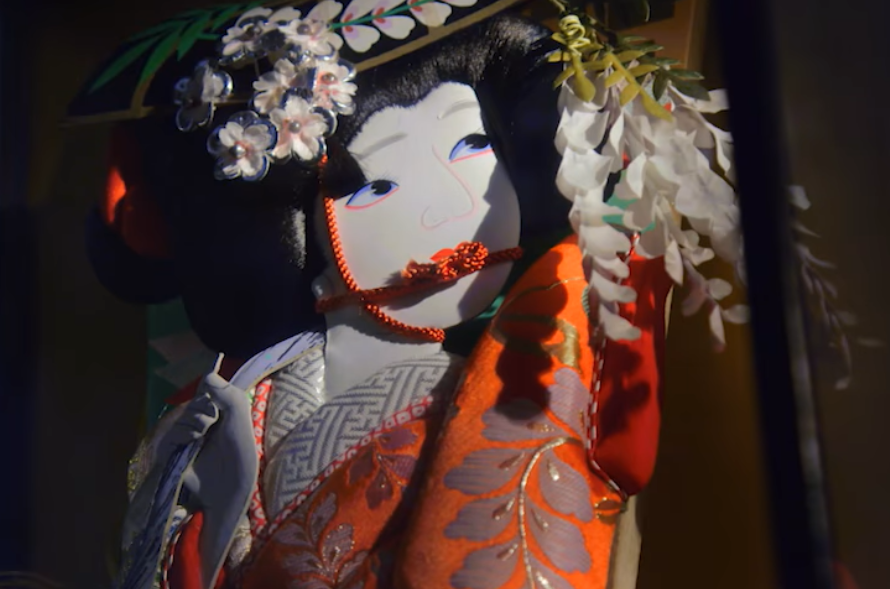 But his friend, Jerome Flores Villanueva, believed otherwise. The doll had only been at their house for a few days when Jerome noticed odd things happening and weird sounds that come from the case. At 2 or 3 o’clock, the case would play the music even if no one cranked the button. 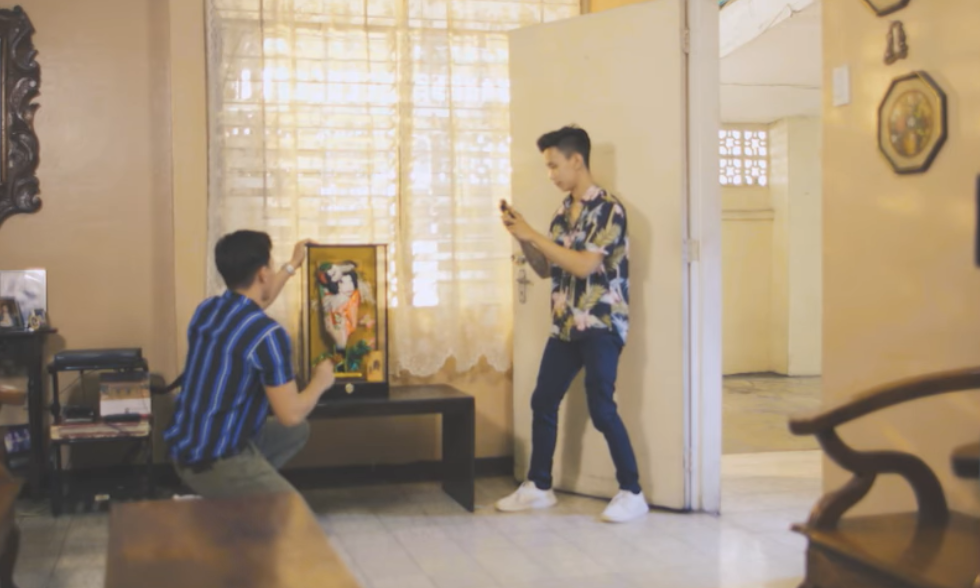 Then, things would be moved around the house. For instance, one shoe would be placed at another part of the house or keys would disappear. 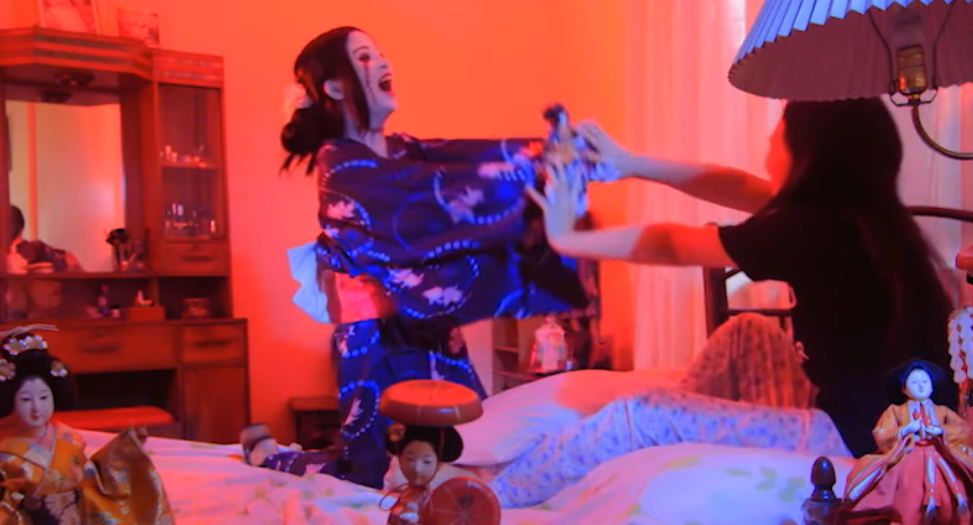 This led Jerome to destroy the expensive doll! A few minutes later, he went back to the trash can to retrieve the doll but claimed that though the other parts of the case were there, the doll was gone. 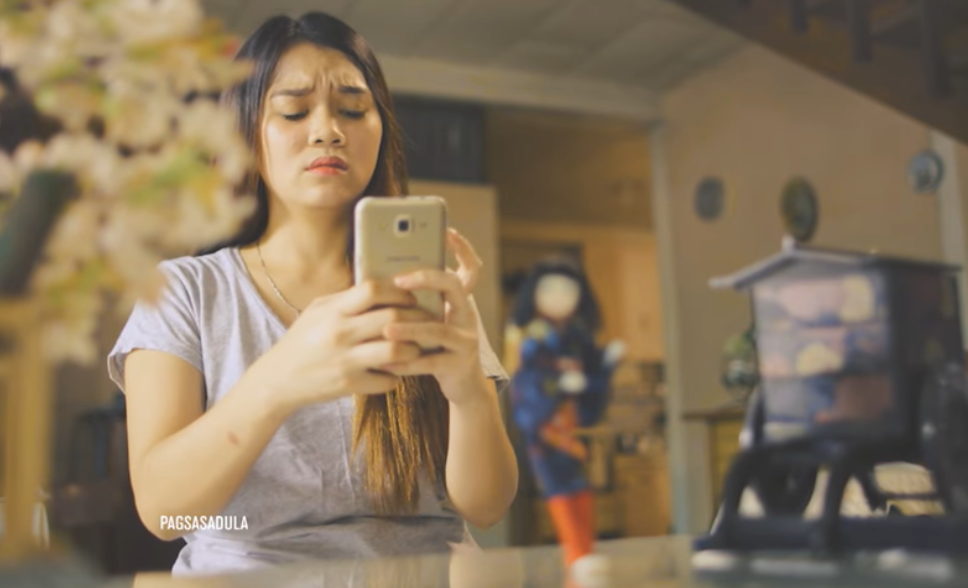 Another doll owner also had a similar experience with a Japanese doll she bought. She claimed that there were times the doll would rotate even if she’s the only one living in the house. She was even able to take a video of the doll moving its head! Whoa. 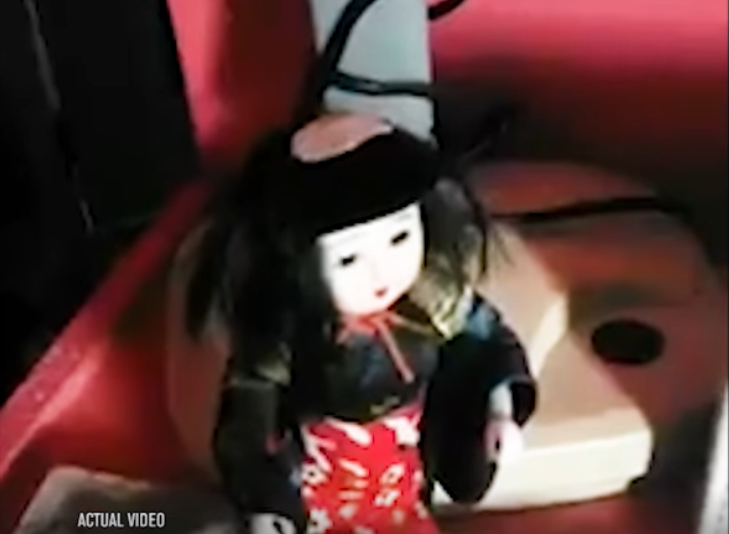 A Geisha Doll depicts a Japanese woman, often wearing a traditional kimono, and placed in an exaggeratedly elegant position.

A car owner has earned praise online after accepting onions as payment after her vehicle got hit by a tricycle! And it really happened for real, no joke. Yay or nay?

Onions as Payment in Vehicular Accident

The prices of onions have skyrocketed in recent weeks that netizens are joking about giving them out as Christmas gifts, using them as jewelry pieces and bouquets, or even to pay for something.

But netizens didn’t quite expect that paying in onions would become a reality – that’s why photos of a tricycle driver paying the car owner some spring onions after he hit her vehicle by accident quickly went viral.

Everyone just couldn’t believe their eyes because the memes and jokes have finally come true! LOL

In the photo, a young lady can be seen smiling from ear to ear while accepting a big bunch of spring onions from a somber-looking man.

It was shared on Reddit by Axle Gallardo (u/axle_gallardo).

“Sister In Law’s car got dented by a tricycle driver. Driver paid the car damage with Sibuyas (onions),” the post explained.

Axle’s sister-in-law (Reddit user u/Glad-Competition3835) explained that the accident, which happened in Laguna, was really the tricycle driver’s fault.

“The road was full. I saw him coming to the side of my car in my side mirror. And I don’t know why he was moving to the right towards me,” she explained.

“The left side is open and wide and he could have moved straight forward.”

Upon inspecting the damage caused by the crash, the young lady talked with the tricycle driver. She learned that he’s a farmer who was just trying to deliver his farm goods to a nearby province.

The farmer replied that he has spring onions.

It was really just a joke for the car owner who was already preparing to drive away, but the tricycle driver hurried back carrying two bunches of the spring onions.

She refused to accept them, but the farmer/tricycle driver insisted – so she ended up accepting one.

Can You Really Pay with Goods instead of Money?

Yes. That’s actually called trading – but can only be accepted if both parties agreed to the trade.

Amazingly, the young lady paid with spring onions also experienced a similar thing in the past – and the people that hit her vehicle paid her with two fresh, ocean-caught fish.

Wow. What a kind-hearted young woman.

A wanted yaya ad goes viral for the extremely high posted by a certain “Mr. Leng.” Netizens couldn’t help but make comments about this photo, especially because the qualifications were similar to that of a beauty queen.

The real question now is whether Mr. Leng is really looking for a yaya or a beauty queen? LOL

What qualities would you look for when it comes to looking for a yaya (nanny)?

Many of us are likely to pick hardworking, with experiencing handling and caring for small kids, and preferably someone mature, such as older than 30 years old (because some people think they’re more capable of caring for kids than younger nannies).

But a certain “Mr. Leng” posted a wanted yaya ad that got netizens scratching their heads (and some laughing) because the qualifications aren’t like what we’d expect for a nanny.

In photos circulating online in various Facebook groups and individual accounts, the ad by Mr. Leng appears to have been posted inside a restaurant.

The obviously Filipino restaurant was selling silog meals, batchoy, and other Pinoy favorites.

In the post, Mr. Leng is searching for a yaya who’s at least 5’8” in height. This number 1 qualification got many netizens laughing because it’s rare for Filipino women to be of this height, unless they have a mixed nationality.

So, Mr. Leng is really pushing it when he posted this height requirement.

Next, he wanted one who’s Chinita, has flawless skin, and “maputi” (fair-skinned). It’s clear that he wants a mestizo (mixed nationality). After all, Filipinos have naturally brown skin, possibly morena (dark) complexion.

To top it all, the yaya has to have the vital statistics of 36-24-34 – and that, my friends, made everyone think that Mr. Leng is really looking for a beauty queen, not a yaya.

Perhaps it’s a joke – and that’s really the best explanation we can come up with over Mr. Leng’s extremely high standards for his wanted yaya ad.

What do you think of this ad?

What are the Qualifications to Becoming a Yaya?

You don’t need to have an educational degree to become a yaya, but some nanny agencies or employers might require at least a grade school diploma.

A couple’s unique prenup photoshoot was met with mixed reactions as they picked a rather strange location: a cemetery!

What are the best places for a prenup photoshoot?

For many, it could be a garden or with a water body as the background. A lot of couples go the extra mile, traveling to faraway places to find the best location for their prenup photoshoot.

After all, a wedding happens just once in a lifetime, hopefully – and getting those prenup photos done perfectly is every couple’s goal.

But a couple in Cebu City, central Philippines made waves on social media after striking poses at the cemetery, leading some netizens to think that they’re being so creepy.

The black gothic theme for the photoshoot and the couple’s sad faces made the pictures look like they were posing for a funeral, not a wedding! Do you agree?

However, it turned out that the couple from Basak San Nicolas in Cebu City are getting their bread and butter almost literally from the cemetery. It turned out that the bride, Kayra Mae Geocallo, owns a funeral parlor while the groom, Stoney Jey Palomar, works as an embalmer.

It’s actually a perfect match for the couple – and the cemetery is their perfect location for their prenup shoot. But many netizens still think the pictures are giving them some goosebumps.

For those who think that they don’t look happy together, it might really by just for show. The two have been together for 11 years and actually have a four-year-old daughter.

What do you think of their photos?

Photoshoot in a Cemetery

There are plenty of superstitions about having a photoshoot at the cemetery, with many saying that it’s bad luck or disrespectful.

If you plan on one, make sure not to take photos of the people who are there to pay respects to their departed ones.

In many places, you’ll need permission before you can do a photoshoot, even if it’s a graveyard.

Energetic Teachers Give Away Free Breakfast and Allowance to All Students

Whamos Gets Life Insurance for Baby Meteor from 2022 Savings

Bride Goes Viral for Unique Yet Elegant Bouquet Made of Onions

Stranger Pays for Friends’ Meal after Hearing Their Conversation