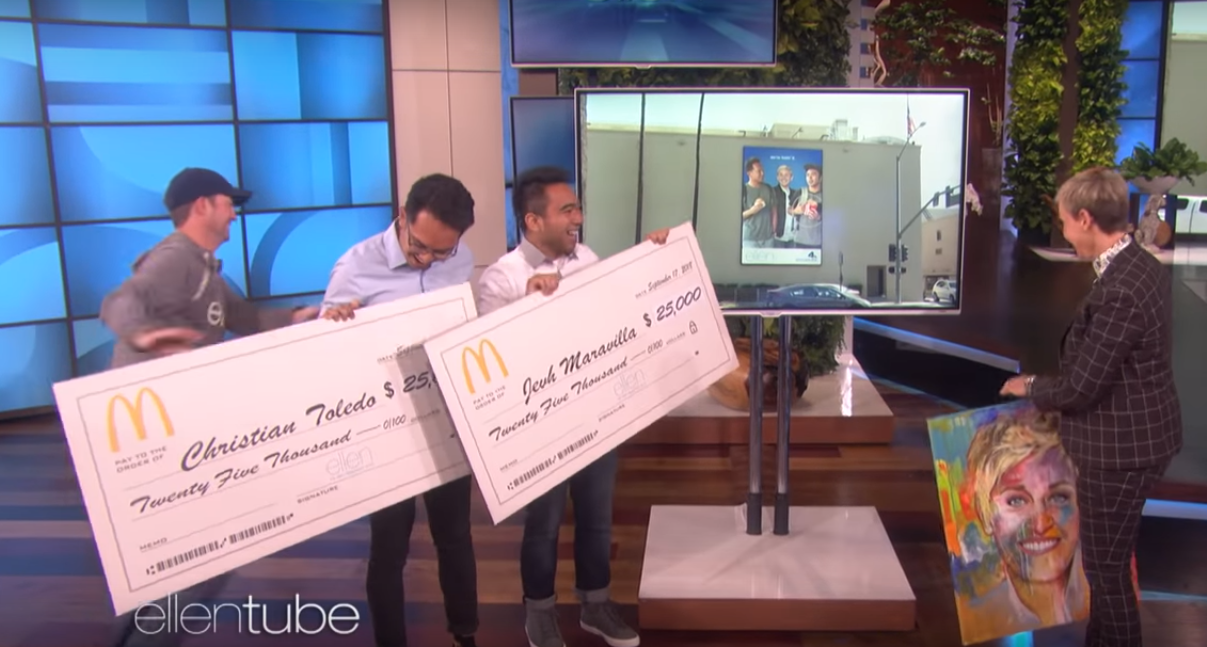 Two Pinoys in Pearland, Texas hang a poster of themselves at an empty wall in a local McDonald’s outlet and actually got away with the prank, with the ‘ad’ staying there for over 50 days. The two didn’t expect that the poster would actually stay on that wall for that long!

Jevh Maravilla and Christian Toledo had their ‘Eureka’ moment when they noticed the empty wall while dining at the outlet one day. They had a long discussion about how they noticed that they had not seen photos of Asians in McDonald’s outlet posters but knew that many Asians also frequent the store.

So, the two decided to prank the store by putting up their own poster on the empty and see what happens next. They actually had a photoshoot for the ‘ad’ and paid for poster-sized print of the edited photo. Then, they bought McDonald’s ‘uniforms’ from a thrift shop and Jevh pretended to be the ‘Regional Interior Coordinator’.

The two spent around $100 for the prank, aside from the food and drinks they bought for the photoshoot. But they would soon reap the fruits of their labor when the prank went viral after the store’s staff didn’t realize that the poster was fake and kept it there for over 50 days.

“We take pride in highlighting diversity in every aspect of our restaurants. We applaud these students’ creativity and hope to see them in our restaurants again soon,” the statement read.

But that was not the end of it. The two were invited as guests on the Ellen DeGeneres Show! As is typical of Ellen, she also pranked the two by telling them she changed the huge LED billboard at her McDonald’s outlet to feature the two. But when the photo was shown, Ellen was standing at the middle of the photo the two had used at the fake McDonald’s ad. LOL.

They were told that the company is actually inviting them for an official photoshoot, with real posters of them posted in McDonald’s outlets next time.

Then, Ellen presented them with checks for $25k each from McDonald’s, telling them the company was so amused by the prank that they got these huge rewards.

A pair of twins named Jollibee and McDonald recently went viral for graduating from college. A lot of netizens were simply amused that they would hold such names, particularly because the names are of two rival fast food outlets! LOL.