The Philippines is a beautiful country with a lot of tourist spots and destinations located in many places across the archipelago. To cater to the needs of tourists and travelers, a lot of tour agencies provide services for tour packages that include the travelers’ transportation, accommodations, and a tour to the top attractions in the destinations they booked.

While booking trips through tour agencies make the vacation easier because you no longer have to worry about transportation and where you’ll go when you get to your destination, not everyone has a good experience with these companies.

Netizen Billyjoe Baronda shared a bad experience he had in a recent trip to Sagada. They had booked an exclusive trip with a tour agency to ensure they had the van to themselves, but they ended up having ‘joiners’ in the trip. 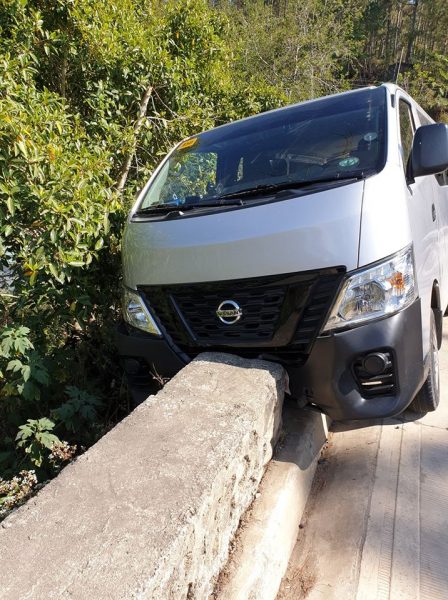 This driver wasn’t familiar with the destination as this was also his first time to Sagada. This led to the group getting lost for 3 hours because the driver didn’t know the way.

But after the somewhat successful tour they had on the first day, the group noticed that the van was moving differently as they were headed back to their transient house. They told the driver about it, but the guy felt insulted by their observations. Instead of checking the vehicle like he should have done, he took selfies as ‘proof’ that he’s a good driver.

The group no longer complained as they knew they were near their transient house, anyway; though they felt a bit fearful as the van was overspeeding at 140 km/h.

About 10 minutes away from the transient house, the vehicle slammed into the road gutter, with its two wheels going over the concrete and the vehicle was half hanging at the side of a cliff!

The driver hurriedly jumped out of the vehicle. Instead of helping the passengers, however, he knelt on the road and later said he was ‘praying’ because he got out safely. The tour coordinator tried to also jump out of the vehicle but changed her mind when she opened the door and found herself nearly falling down the cliff. 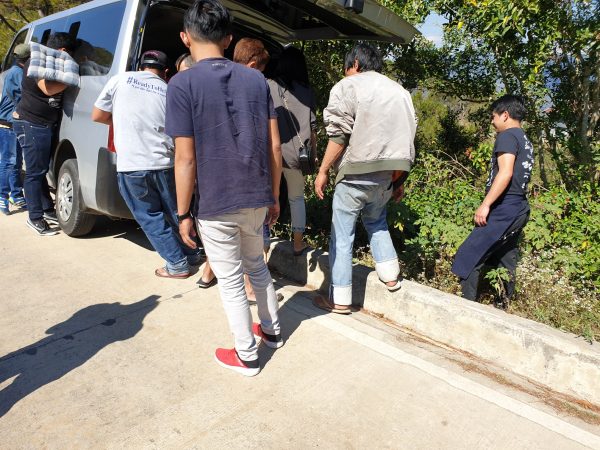 Baronda was thankful for the locals who helped save their lives; though he felt scared as it was him and his brother who were the last to be saved from the van.

But after the accident, the tour agency offered them only two outrageous options:

Option 1: The trip goes on as planned (no extensions), with the same van and driver

Option 2: Canceled tour, refund on accommodation and half of the van rental because they managed to arrive safely at Sagada.

The group eventually chose Option 2 because they definitely didn’t want to ride the same van with that driver, but they were charged a ‘penalty fee’ for cancelling the trip! The tour agency also refused to pay for their medical fees or the items damaged in the accent. The agency didn’t even pay for their transient house.

So, the group had to cut their trip short from the supposed three days to just one day because they no longer had money to cover for the additional expenses they might incur as they had essentially been left by the tour agency to do things on your own. Still, they were happy to be alive as the van was just inches away from rolling off the side of the cliff!

An unforgettable experience in #SagadaFirst of all Thank you Lord for the another life. We are really grateful for the…