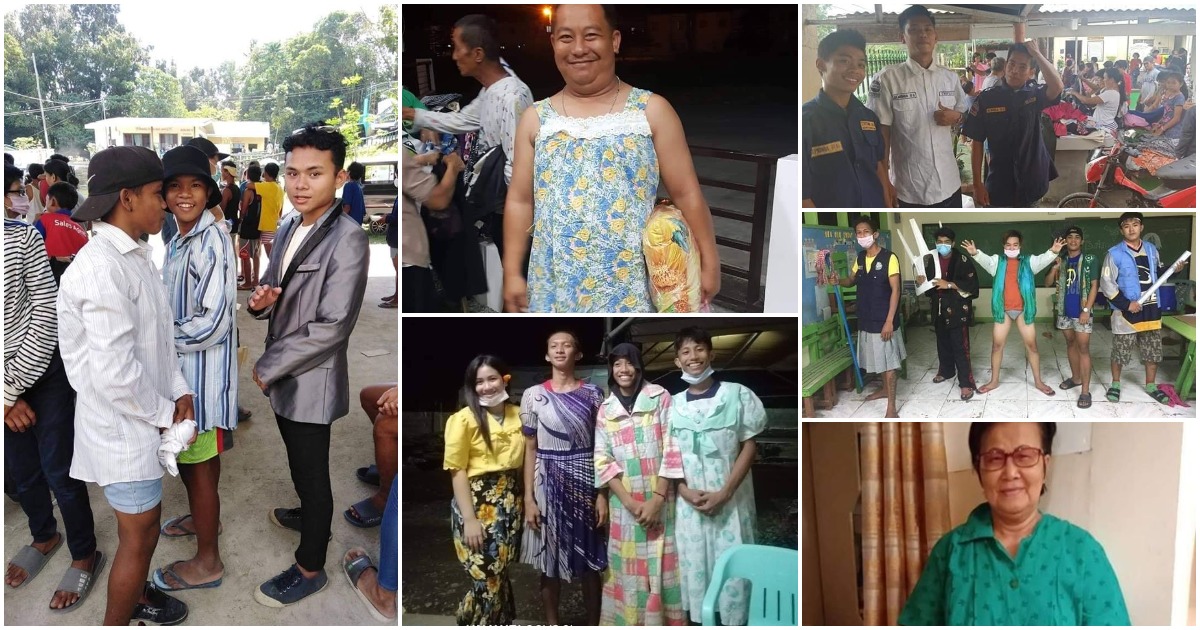 Taal Volcano erupted with very little warning that most of the residents in the danger zone around the volcano were not able to bring a lot of stuff when they fled from their homes. A lot only had a few clothes with them, thinking that they could still get back to their homes after the danger subsides.

But as the volcano continues to show signs of unrest, and with large cracks appearing across many towns and villages around the lake, many of the residents were barred by authorities from going back to their homes. Thus, they had to stay at the evacuation centers and wait for help to arrive, in the form of relief goods and donations from the government and kindhearted netizens.

But you’ve got to hand it to these people who, despite the difficult situation they were in, still managed to find good in their situation and have a good laugh with what they were receiving from the relief goods. While there were a lot of clothes that fit the evacuees, there were also many that brought laughter to them.

For instance, a number of formal clothes made it to the evacuation centers.

There were are also many uniforms of all kinds – school uniforms, Girl Scout uniforms, security guard uniforms, and even uniforms of certain jobs, such as those that are used in hospitals by medical teams.

There are also bathrobes.

Apparently, not too many clothes were available for me, but there are lots of duster dresses. So, there were quite a number of guys who availed of these duster dresses, instead.

But what makes these people so admirable is that despite the difficulty in their situation and the many clothes that aren’t usually made for day-to-day wear, they still managed to smile and make light of what their experiencing! Instead of complaining, these Batangueños are still grateful that they are alive and are enjoying the mini ‘fashion show’ they did at the evacuation center. Kudos to you all!

Duster dresses are light, loose-fitting clothes that are now associated more with women and particularly used as house clothes. But historically, duster dresses or duster coats were used by horsemen to protect their clothing from trail dust.