Life is always more fun when you’ve got funny, sometimes crazy, friends! That’s what one guy realized when his friends created a hilarious ‘GoSurf50’ tarpaulin when he passed the board exams for Veterinary Medicine. LOL. 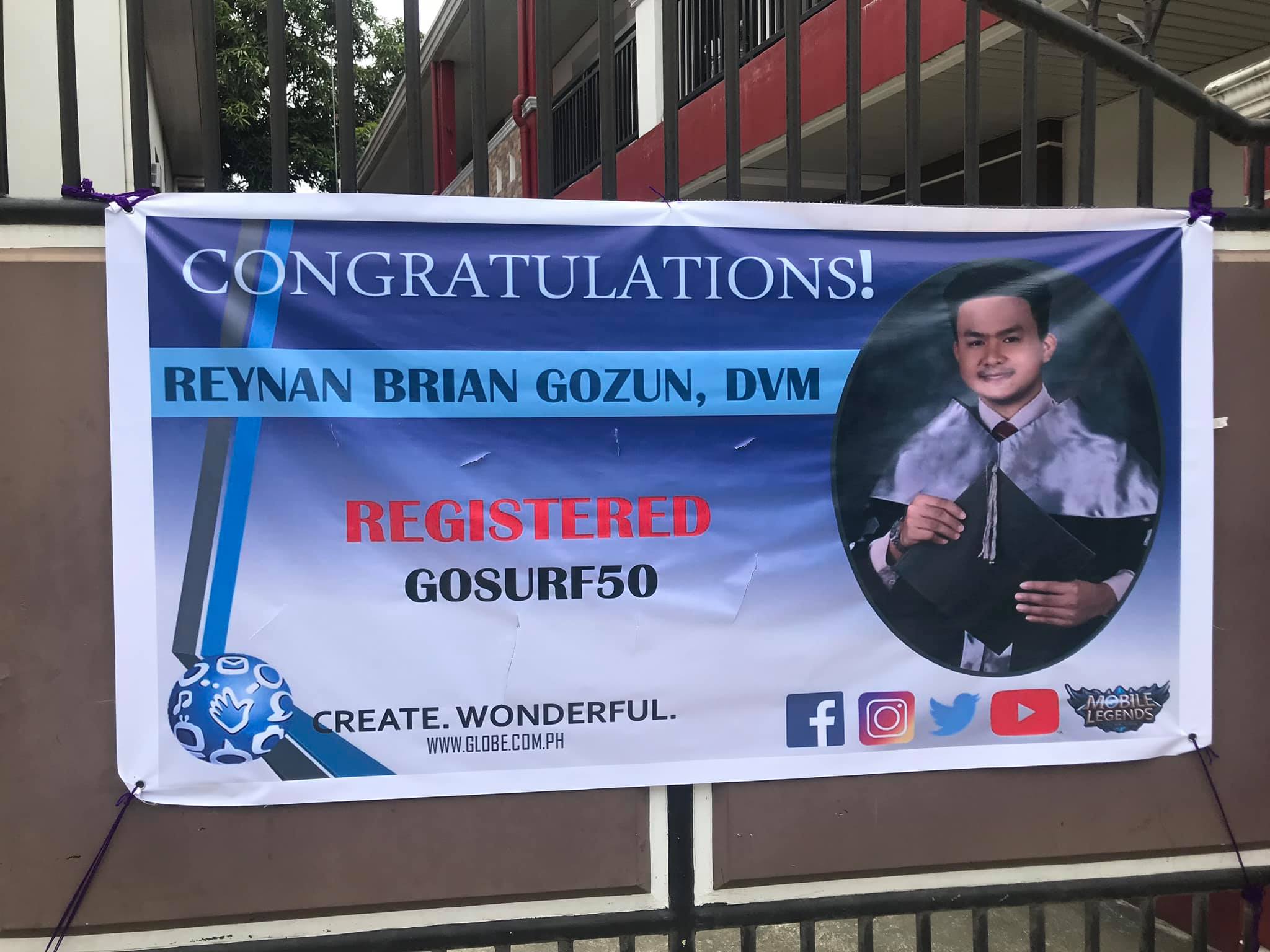 But his friends had other plans when they learned that he passed the board exams. Instead of congratulating him on passing the said board exams, they announced that he’s “REGISTERED” for GOSURF50 – and everyone knows that this code is a something you use to register for a promo on your mobile internet service provider. LOL.

To make the tarpaulin look even more authentic as a ‘GoSurf50’ announcement, Gozun’s crazily funny friends even added a logo for Globe, with the brand’s tagline and website address occupying one corner of the announcement. Then, social media buttons are added to the right side, with a ‘Mobile Legends’ icon also included along with the icons for Facebook, Instagram, Twitter, and YouTube. 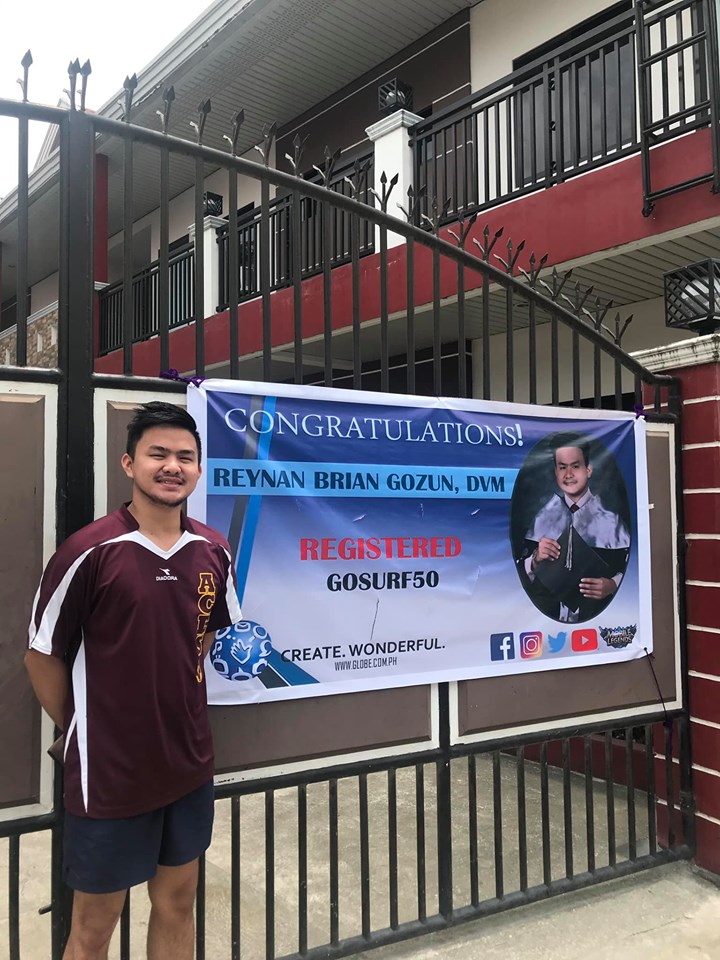 In another post, Gozun laughingly shared that he had to explain what GoSurf50 is to his elderly aunts and uncles as they did not know the tarpaulin was a joke from his friends.

Many netizens had a good laugh over the tarpaulin, congratulating Gozun on passing the board exams and for also having great friends. 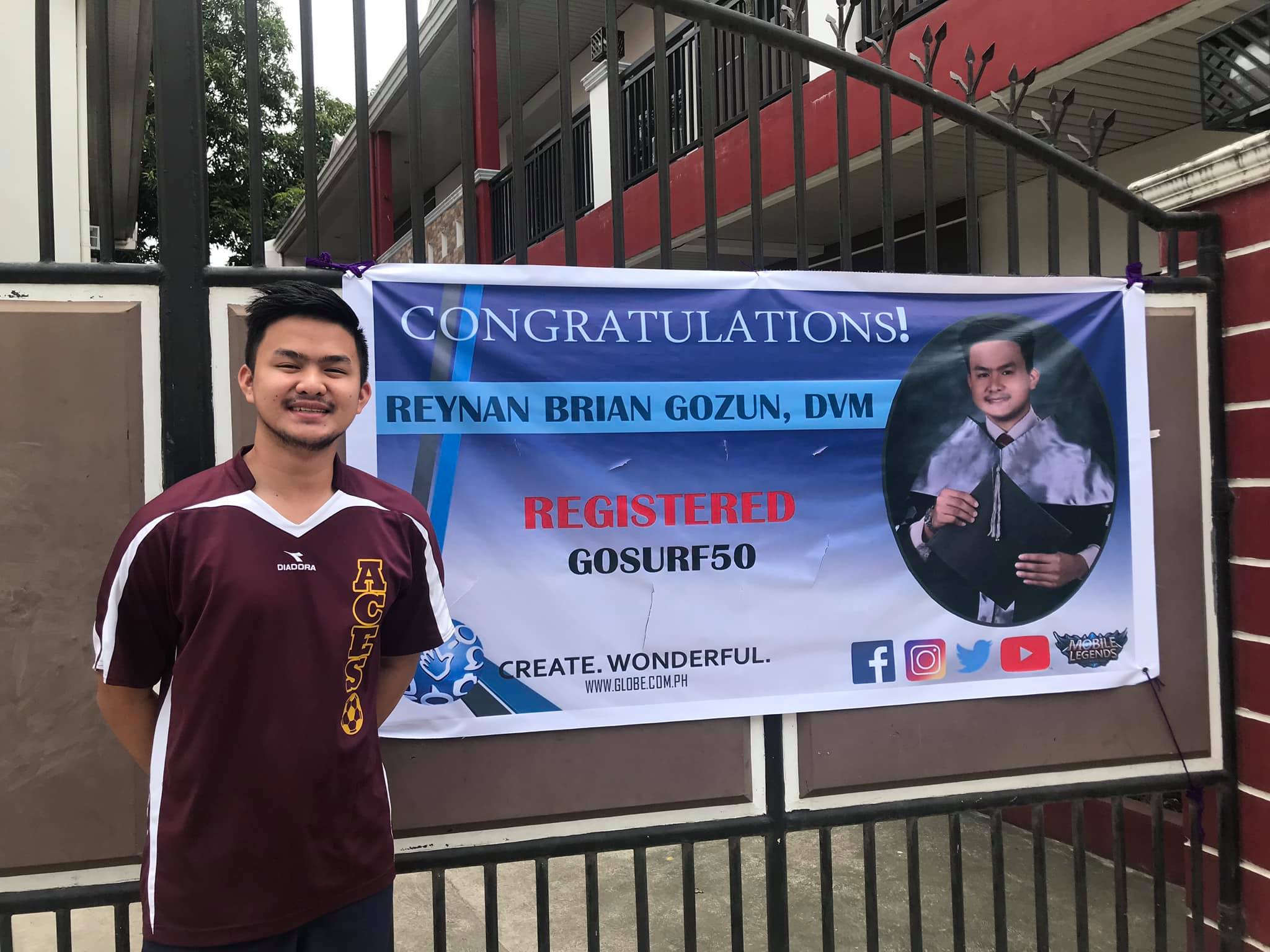 Mobile internet service providers compete against each other to provide customers with various promos to keep their loyal customer base. This led to promos on mobile internet usage wherein you can pay a specific amount to register for a promo which could give you a certain internet speed and data for up to the promo offer you registered in, such as 1GB of data.