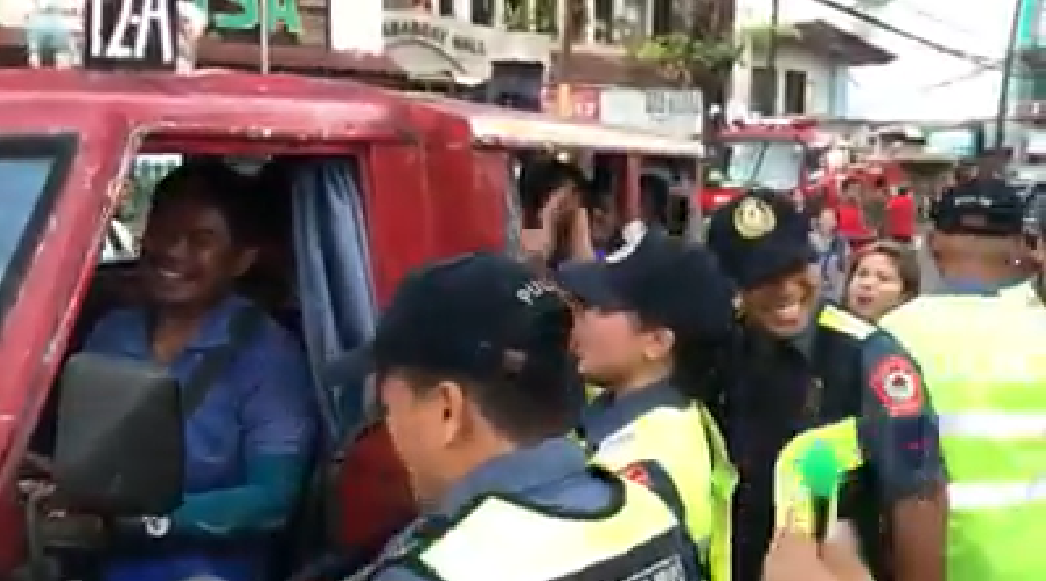 Drivers and cops aren’t exactly the best of friends, especially when it comes to checkpoints wherein cops are often viewed as fault-finding persons in authority. A lot of drivers resent getting flagged down by cops, especially when they are in a hurry or actually have violations they wish to get away with.

Of course, you just can’t easily hurry away from such checkpoints, especially with so many policemen swooping around your vehicle. So,some drivers had no choice but to stop and hand over their driver’s license to the cops.

But this was no ordinary checkpoint. Instead of trying to find fault in the drivers and their vehicles, as netizens often think the cops do, these ones were actually trying to bring Christmas cheer!

They were serious at first in asking the drivers for their license but a moment later, they break out into a Christmas song, serenading the surprised drivers whose scowls turn into smiles upon realizing the cops were there to spread Christmas cheer.

Of course, there were drivers who were rather irritated when the cops started singing as caroling in the Philippines often means that the carolers are going to ask you for some money. But this one was different – the carolers were the ones who had gifts for the ones they were singing to!

Wouldn’t it be nice if all police checkpoints were as fun as these ones? The drivers happily drove away with lighter hearts and big smiles on their faces…