Liquids are no longer allowed along the Metro Rail Transit line 3 (MRT-3). While this is an inconvenience for many commuters who had no idea about the new security memo and had to leave their liquids at the station, everyone had to comply.

The MRT-3 management was only following orders by the National Capital Region Police Office (NCRPO), for security reasons. 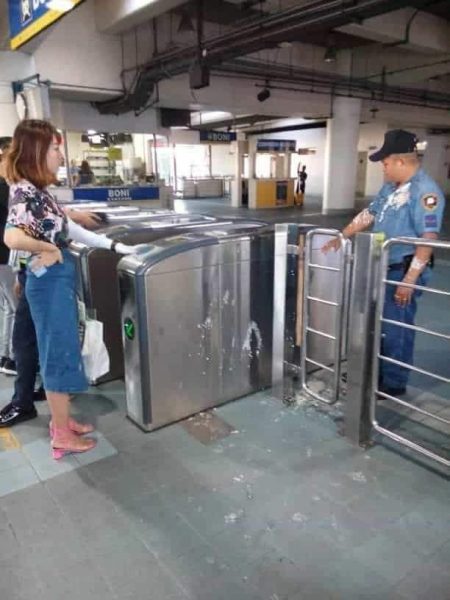 Of course, it is expected that a lot of people were angry about the new mandate, especially because the guards and security officers are really strict in enforcing the new instructions. But one Chinese tourist got the netizens’ ire after she threw her taho at a police officer because she was told that liquids were not allowed on the train.

A netizen shared photos of the Chinese tourist after the confrontation with the policeman at Boni station in Mandaluyong City on Saturday morning, February 9. 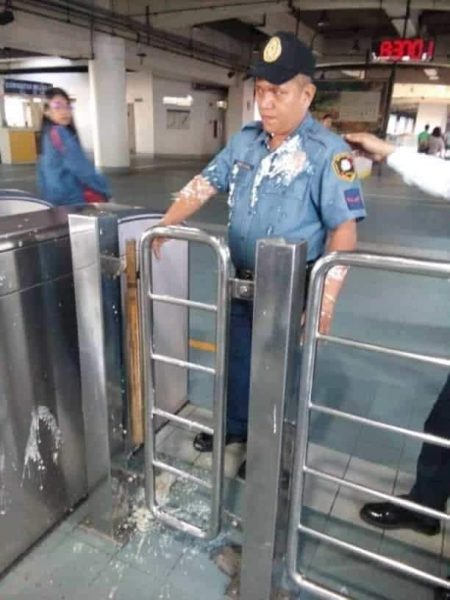 Pau Mesias posted pictures of the policeman who was later identified as Police Officer 1 (PO1) William Cristobal. The poor policeman had taho all over his uniform and was staring angrily at the tourist, yet he tried his best to keep his calm and not retaliate against the woman. 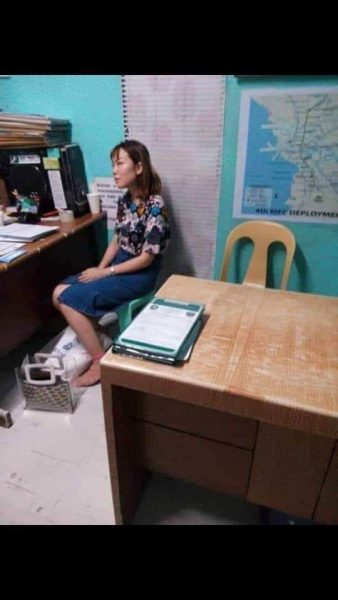 But the Chinese woman was brought to a police community precinct in Mandaluyong City following the incident. She was identified as Jiale Zhang.

A lot of netizens praised the policeman for keeping his calm despite the situation, saying he could have done something to the woman out of anger. Some netizens who commented on the post said that they would have retaliated for the policeman had they been at the station at the time. 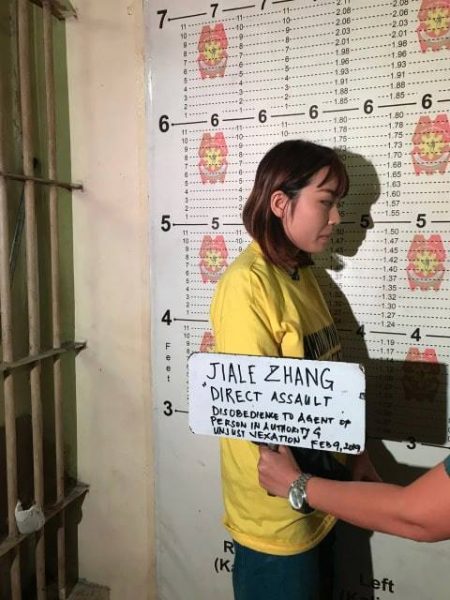 Many are hoping the woman would get deported after she pays a huge fine or perhaps asked to pay the policeman a lot of money for the trouble and embarrassment she caused him.