A scavenger who spends most of his day digging through trash bins for things he could sell at the junk shop, Gilbert Martinez of Barangay Villariary, Piat, Cagayan Valley was left by his overseas Filipino worker (OFW) wife for another OFW.

Merry Jane Martinez allegedly told Gilbert that she no longer likes him because he is dirty and smelly due to his job.

Gilbert discovered that Merry Jane found a new love in Leo Fernandez, an OFW in Saudi. He told Leo’s wife, Maricel Fernandez, about the situation but it turned out the latter had already given up on her husband’s cheating ways. This was not the first time he had a mistress.

Still hoping to get his wife back, Gilbert went to Raffy Tulfo for help.

After learning that Merry Jane is no longer interested in getting back together with Gilbert, and that the OFW had actually arrived in the Philippines many weeks ago but did not go home, Raffy chose to provide Gilbert with livelihood: a sari-sari store so he wouldn’t have to go scavenging in trash bins again.

Gilbert said he hopes to build the store in his house with Merry Jane. While this house was the couple’s conjugal property, the lot is still owned by Merry Jane’s parents. 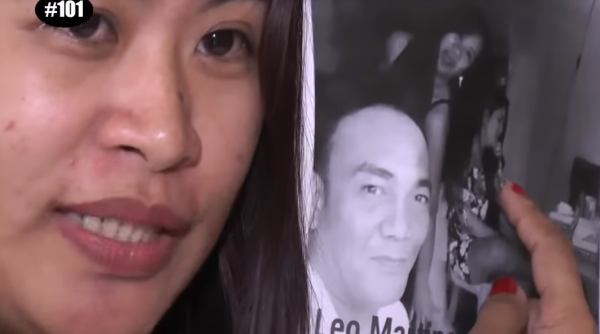 Raffy asked permission from Gilbert’s mother-in-law, Glory Corpuz, to let him build a sari-sari store at the couple’s house; the latter readily agreed.

While at the Barangay Hall to settle the matter, Merry Jane angrily told Gilbert that she couldn’t forgive him for shaming her on Raffy Tulfo. She also suggested that because Gilbert will be busy scavenging, the sari-sari store should be built at her mother’s house and she will manage it. But a staff from Raffy Tulfo’s show pointed out that such an arrangement would mean the sari-sari store is for her, not for Gilbert! 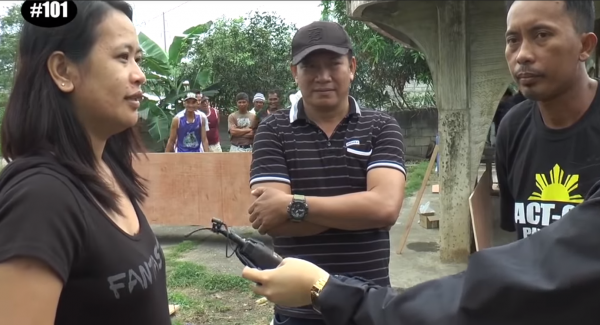 The Barangay Chairman said that his cousin who lives just near the couple’s house has offered free use of their house for the store. The matter was settled.

But in the middle of the construction, Merry Jane changed her mind. She now wants the store to be built at their conjugal property! She was admonished for taking so long to change her mind, especially because the carpenters had already started working at the other house.

Upon consultation with the Barangay Chairman, they would soon come to an agreement… See what happens next in this video:

For Part 1, watch this video: