Carrying 365 container vans and 2,210 vehicles wherein 1,298 were brand new vehicles from major manufacturers, including 37 Porsche sports cars, the sinking of an Italian cargo ship off the coast of France could be one of the most expensive in history.

Italian merchant ship Grande America was on its way from Hamburg, Germany to Casablanca, Morocco when a fire hit on board as it was near the coast of France. The crew of 27 sailors struggled to put out the fire, but after many hours of trying their best, they had to make the tough decision of abandoning the ship. 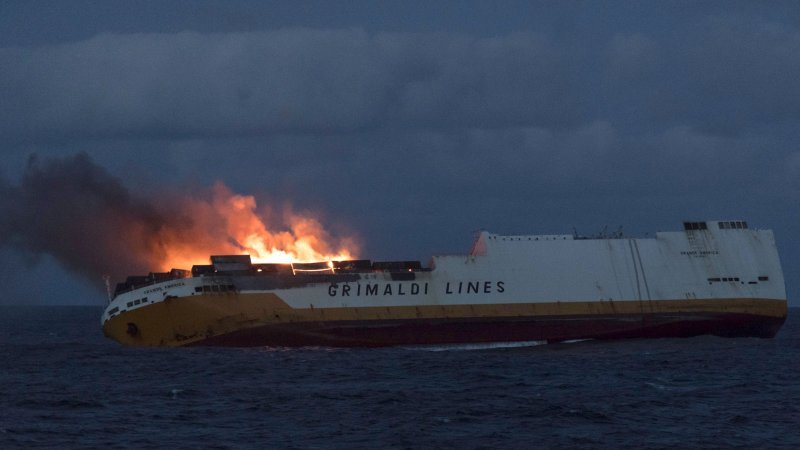 With the seas being rough at the time, the sailors boarded their lifeboat but struggled to keep afloat while being surrounded by waves 16 to 20 feet high! Then, the lifeboat’s engine got damaged, leaving the sailors terrified.

The Grande America was on fire just meters away, yet the sailors could not also move away because their lifeboat’s engine would not turn on. Lucky for the sailors, the HMS Argyll from the Royal Navy came to their rescue, traveling 150 miles in rough sea conditions to rescue the stricken seafarers. 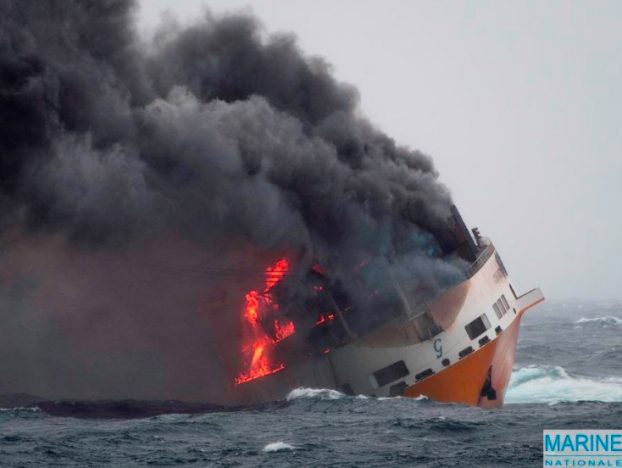 While the Grande America sank to the bottom of the sea, along with its entire cargo, all the crew were safe and accounted for. All suffered from smoke inhalation and some minor scrapes but were out of danger.

It took the Royal Navy some 8 hours to rescue everyone in the ship but everyone was just so thankful to be alive.

The cause of fire is still unknown but is believed to have started on the car deck, spreading quickly to a container.

A lot of car manufacturers were affected by the incident, with Porsche among the hardest hit with 37 sports car, including four limited edition 911 GT2 RS models. The company had only built a limited number of these exclusive sports cars and has since discontinued building the line; however, due to the unfortunate circumstances, Porsche promised to build four more to replace the ones lost at sea.

Audi has also reported the loss of several brand-new vehicles, including A3, A5, Q7, RS4, and RS5 models. 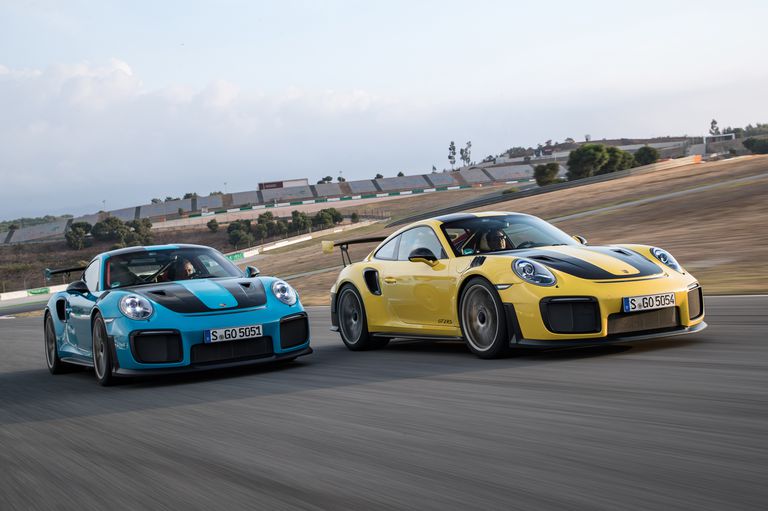 But aside from the vehicles, the cargo ship was carrying 365 containers, 45 of which contained materials that are deemed hazardous. There are 70 tons of sulfuric acid and 10 tons of hydrochloric acid – and all that is at the bottom of the sea. With more than 2,200 tons of fuel also dumped into the water, a massive oil spill is feared to hit the coasts of France.

A pair of newlyweds earned praise online after spending just Php3,000 on their “unli-rice’ wedding reception at a popular fast food chain. That’s quite impressive, right?

Everyone knows that the reception is often the most expensive part of the wedding. In the Philippines, people spend thousands of pesos just for the reception.

Even a simple reception may cost at least Php20,000, but it could go as high as over Php300,000 or even more than a million pesos!

That’s why Rhaqueza and Rian Baynosa impressed netizens with their practical wedding reception. They definitely saved a lot of cash by doing it at a fast food chain.

Not only were they able to spend just Php3,000, everyone was able to have their fill because they had “unli rice”, something that the fast food chain offers for just a couple of pesos more than the regular meal.

Aside from “unli rice,” everyone also enjoyed halo halo, the Pinoy favorite dessert and snack item.

They also held the other ceremonies done at the reception there at the fast food chain, such as the ceremonial opening of the gifts and the money dance.

The practical couple revealed that they were truly trying to save money because the bride is 8 months pregnant. Because she’s going to give birth soon, it was really a good idea for them to save money by having this simple wedding reception.

It was even the bride, still wearing her gown, who ordered the food at the counter. She’s really something, huh?

Netizens expressed admiration over this couple’s decision, saying that being practical truly wins – and everyone at the wedding still went home with full tummies, anyway.

How Much Do Wedding Receptions Cost in the Philippines?