A BDO depositor recently shared that she lost nearly Php50k in one day after her account got hacked. Yet after disputing the unauthorized charges and getting her money back, more money was taken from the account – and this actually happened twice!

Laarnie San Diego shared her experience to warn others because the experience was certainly a hassle to any depositor who would undergo the same thing. 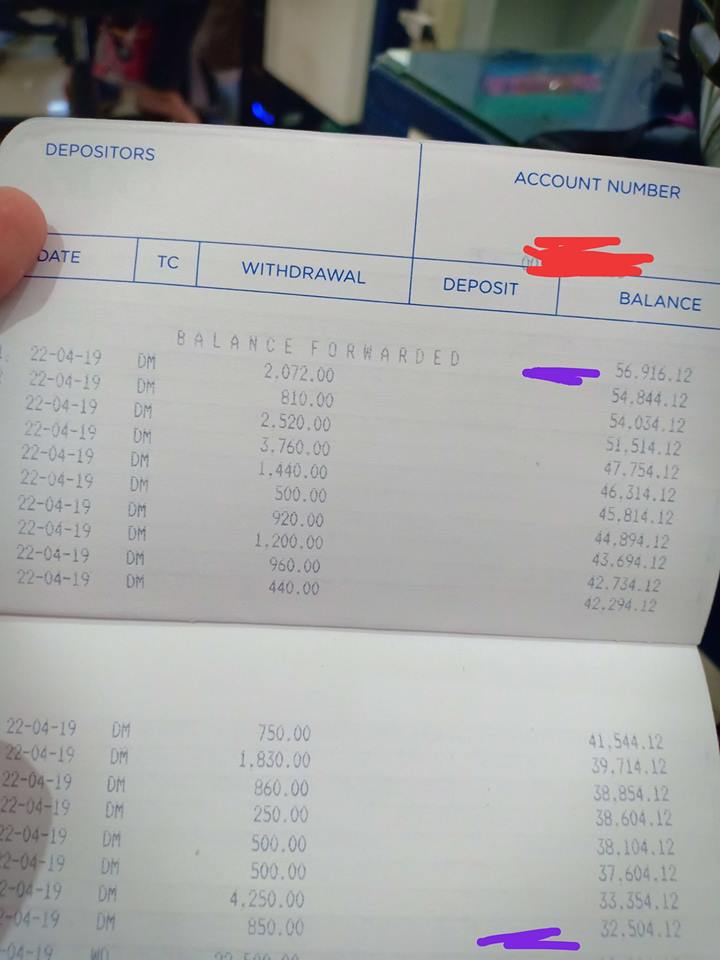 Last April 15, a total of 32 transactions were carried out on her BDO account – and this amounted to nearly Php50k. She was disheartened because the bank only texted her when the account had lost most of the money.

She immediately reported the matter to BDO on April 16 to get the ATM blocked and have the card replaced.

So chinecheck ko nalang sya from time to time.

Banks were open again on April 22; thus, Laarnie headed to the bank after she decided to just close the unsecured account. But on the way there, the hackers struck again – and Php25k was taken from her account!

On April 25, the money was credited back to her account; yet on April 27, the hackers got money from her account again!

Since this has happened the third time, Laarnie lost her trust in the bank and went there to close her account. This was finally successful.