As many others panicked during the strong earthquake that rocked Matalam, Cotabato City, an old man was pictured kneeling to pray by the roadside. His actions earned him praise online, with netizens commenting that this old man is a great reminder for everyone to keep our faith, especially during situations like this one.

“In times of test, PRAY. Keep safe everyone,” wrote Jim Bryan Dalida Faeldonia as he shared the old man’s photo.

While Jim was not able to ask for the old man’s name or other details, he would soon be identified as the picture went viral.

It turned out that this old man is Maximino D. Rubi who hails from Don Carlos, Bukidnon. Thankfully, the old man is safe after the 6.6-magnitude earthquake. 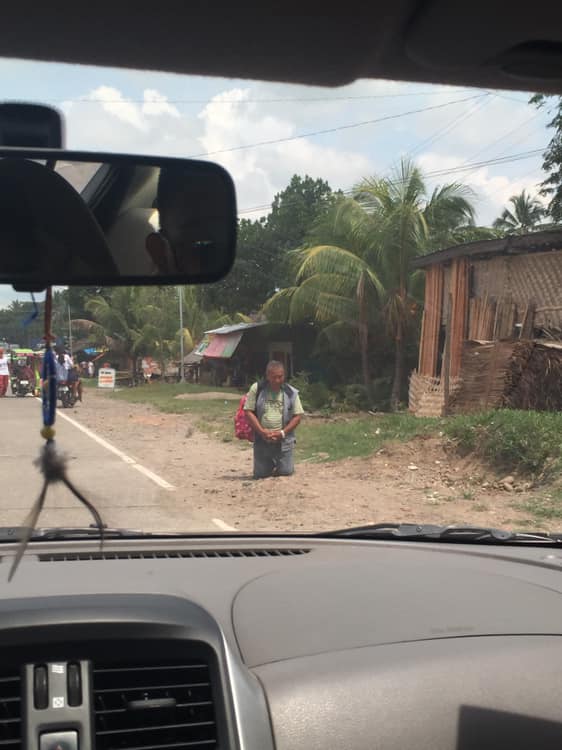 “This is my father MAXIMINO D. RUBI from Don Carlos, Bukidnon during his travel to Kidapawan today. GOD bless you always my tatay, have a safe trip, he is going back to Don Carlos,” Tatay Maximino’s child commented.

A lot of netizens were impressed by Tatay Maximino’s strong faith, saying that he should be a role model for us all.

“Clearly this man has faith. Ito ang dapat sina sana all at dapat pamarisan. Keep Safe to us here in Mindanao! Sending love and light to all most especially to those who are badly affected [by] this catastrophe,” a netizen wrote.

“I hope people pray everyday not only in times of disaster or difficulties. Prayer is a powerful message to God but Prayer is also a way in thanking Him in many ways… Pray everyday po,” another wrote.

Others are wondering why something as “simple” as a man praying by the roadside would go viral, yet many netizens were truly touched by what Tatay Maximino did.

Are Earthquakes Common in the Philippines?

As a country located within the Pacific Ring of Fire, earthquakes (both tectonic and volcanic) are quite common in the Philippines.