She had amicably resigned from her job at an ad company, but one woman would soon seek help from Raffy Tulfo after the said company posted a billboard on EDSA with her name and picture, seemingly indicating that she had a major issue with money at the company.

After being the Admin and Accounting Supervisor at AdWorld Signs for 7 years, Maricel Azuelo Garcia wanted to resign. But because she was the only one who knew about the inner workings of the company pertaining to her job, her boss would not let her go. 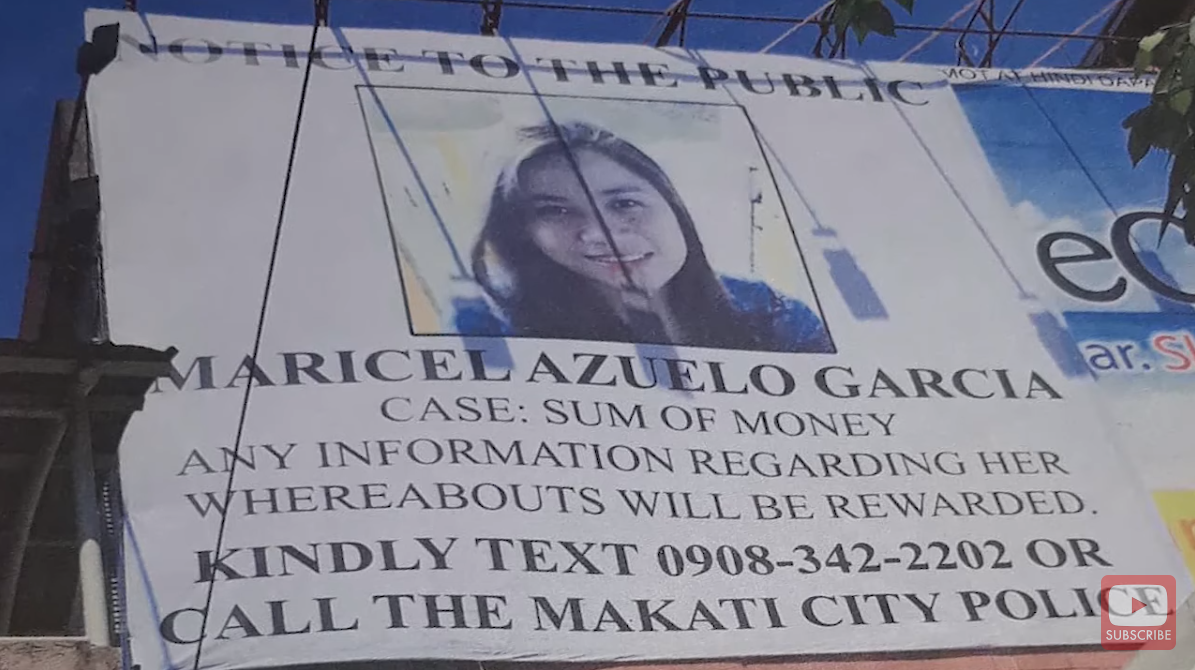 Eventually, she was allowed to go, under the condition that she would still be available “on call”. At the time, she owes the company money amounting to Php34,000 as loan; she had an agreement with her boss that she doesn’t have to pay the amount as long as she could still work “on call”. Meanwhile, she offered that the amount be deducted from her last pay – and if there was any balance left, then she would issue a PDC to cover the remaining amount.

During the course of her “on call” work, she lost Php30,000 while processing some papers for the company. The envelope containing the money fell, but she also paid for the lost amount; though not immediately as she didn’t have money at the time. 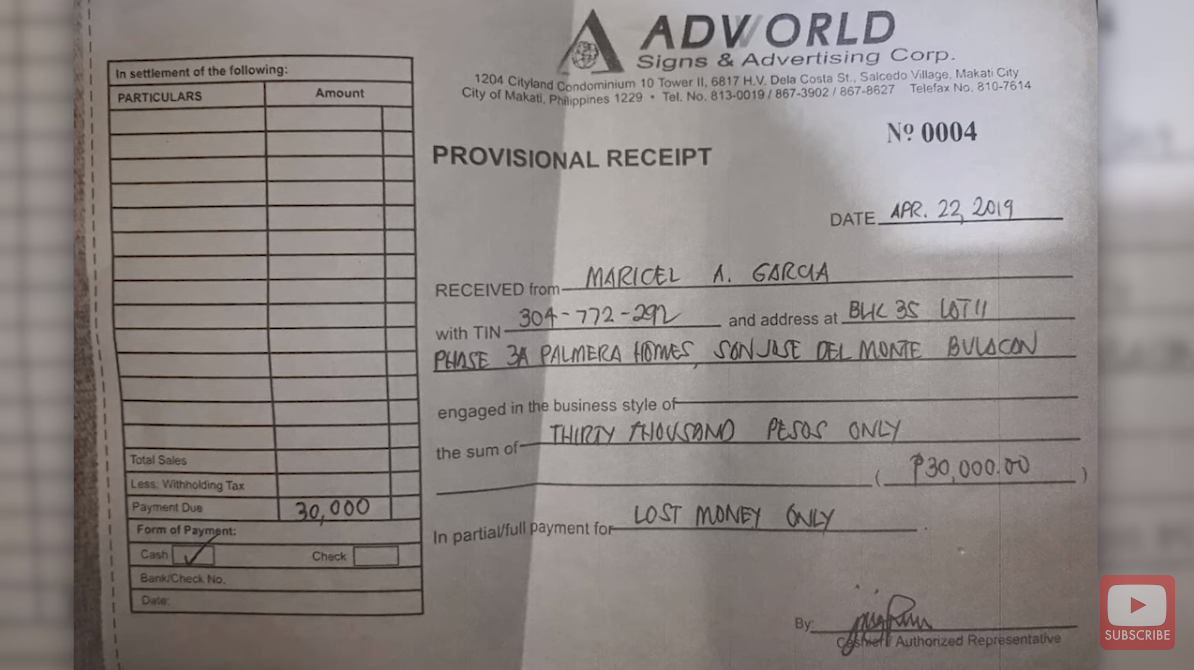 She was rather shocked to discover that a billboard was posted on EDSA, with the company insinuating that they were looking for her because of an undisclosed “sum of money”. Garcia called her boss and asked for the billboard to be taken down, yet he refused.

Because the billboard is still up and many of her friends have already messaged her about it, Garcia had no other choice but to seek help from Tulfo.

Vincent Capuno, the Admin Manager of AdWorld Signs, denied involvement in the billboard and even asked Tulfo what case they were going to file against the company and on what grounds as they really believe they had done nothing wrong. 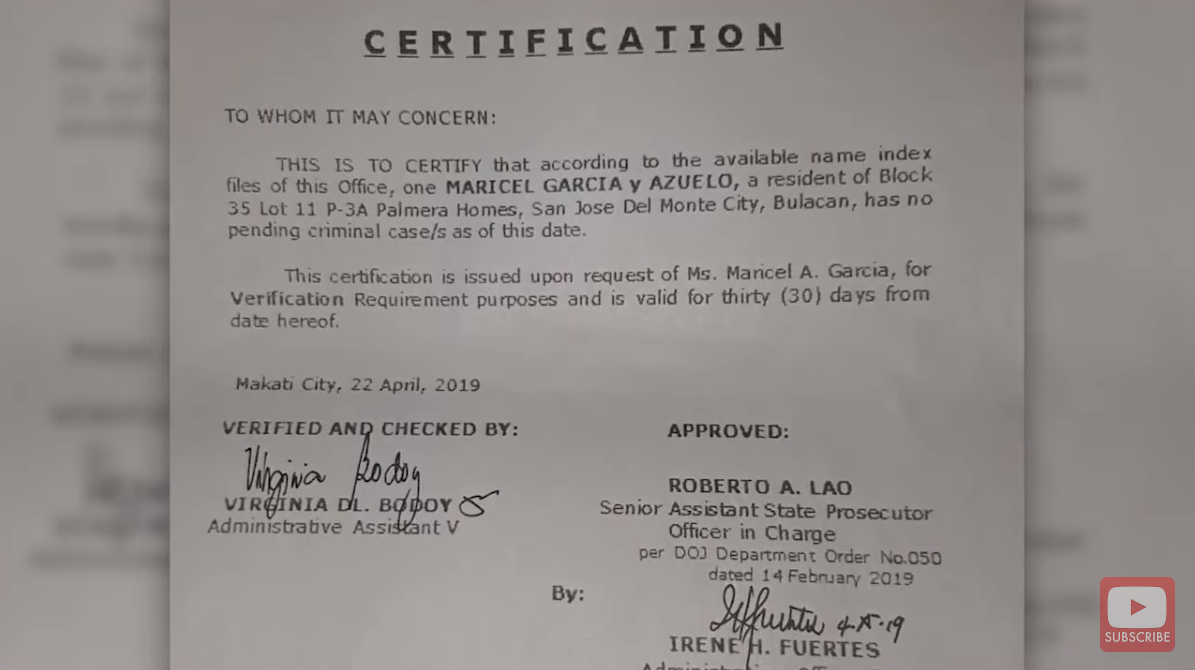 In a talk with Atty. Paul Castillo, a Professor at FEU Institute of Law, Tulfo learned that there were a number of cases Garcia can file against the company, including libel and unjust vexation.