When Pasig City Mayor Vico Sotto joked that he’s accepting applications for a girlfriend since he doesn’t have one, a lot of ladies joked that they would apply. Who couldn’t resist a challenge, considering that this handsome young man readily admitted he hasn’t had a girlfriend since birth (NGSB)!

But everyone knows that the young mayor is just joking and would probably be too busy with his many responsibilities to even have time for a girlfriend! Of course, that did not stop a number of ladies from ‘submitting’ their applications in hopes that the young mayor would actually take notice.

One of these ‘applications’ was so creative and hilarious that it has since gained more than 35k reactions and 16k shares from amused netizens. 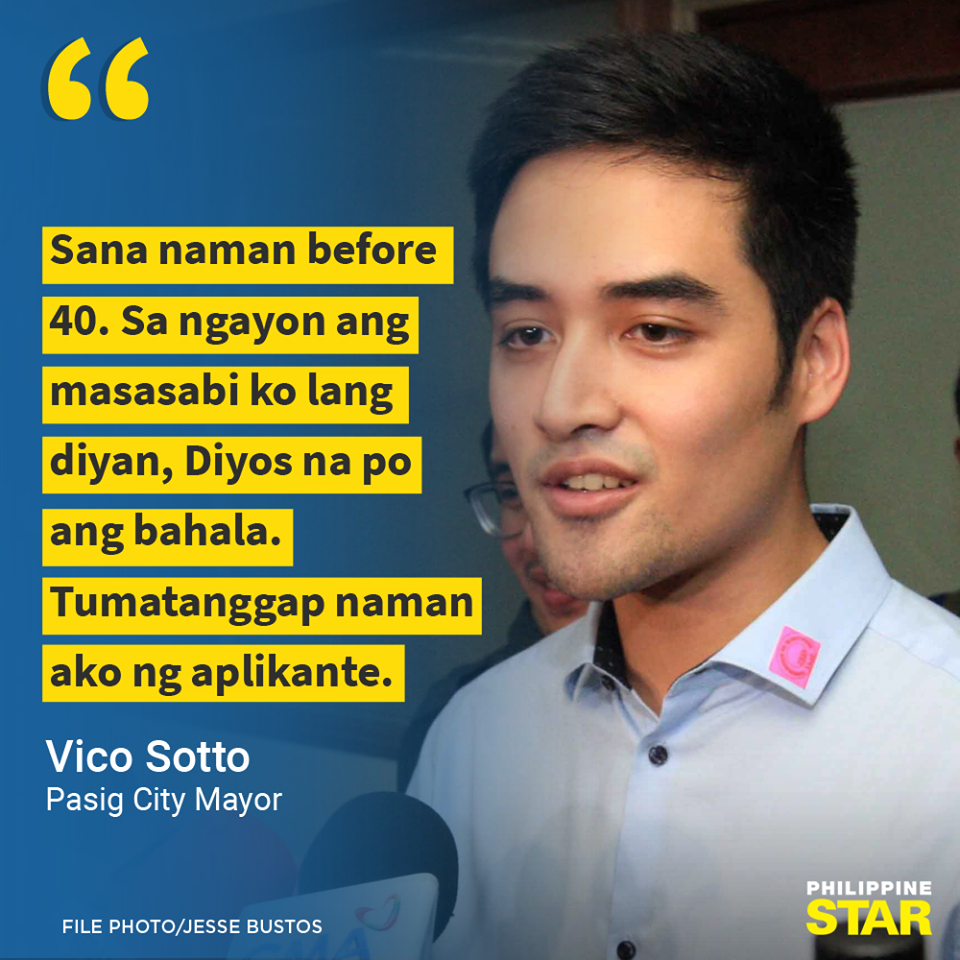 On her Facebook account, Hettianne Gamel her resume as she tries to apply as the mayor’s girlfriend. Her name on the resume? Hetty Spaghetti! LOL.

Netizens had a good laugh over her creative antics in the resume, joking about everything from her current address (sa bahay namin) and her future address (sa bahay mo) to ‘impressive’ qualifications, such as being a public servant (because her FB posts are public) and her work experience as YouTube ‘Mega Viewer’. LOL.

In allusion to the mayor’s “may itsura naman” requirement, she listed “may itsura” in her qualifications, adding, “may mata, ilong at bibig naman ako; pimples din”.

Netizens really had a good laugh at her motto in life, a joke that refers to Vico being a politician. 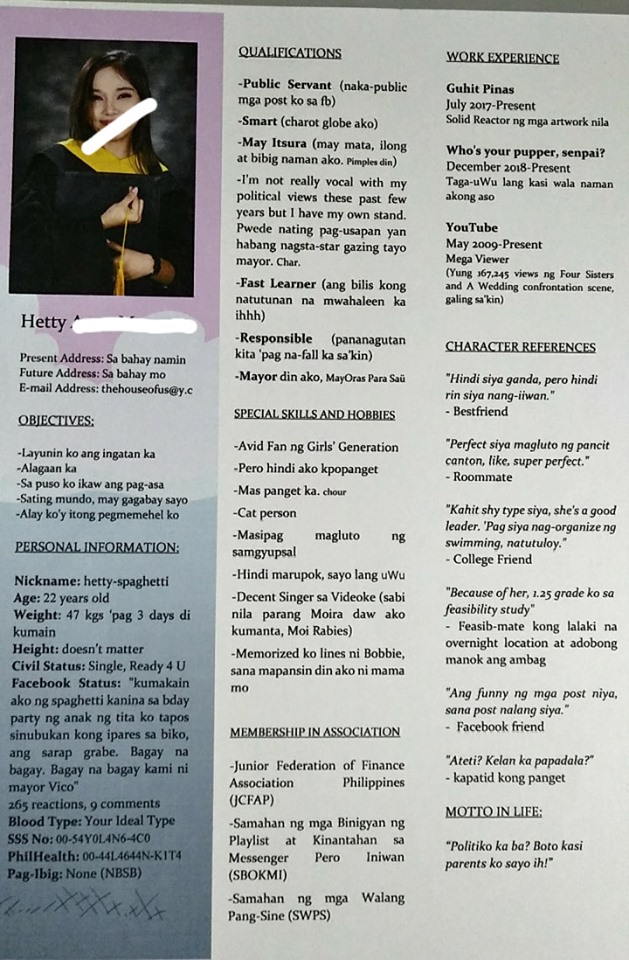 Do you think she’ll make it to the shortlist of candidates? We certainly hope so! LOL.

Why Make a Creative Resume?

In a world where everyone else often follows a template, it would be great to make a creative resume that would stand out from all the other applications. After all, there could be a hundred of applicants for a single position – your goal, after all, is to get noticed, right?

A Filipino former bus conductor now owns a fleet of luxury rental cars in the US – and several Hollywood celebrities have been his customers! How amazing is that, huh?

He was born to a poor family and sometimes felt ashamed about how their house looked after visiting his classmates’ homes, but Felix doubled his efforts to succeed in life. This led to him owning a fleet of rental cars in the US and meeting several Hollywood stars and celebrities in the process.

But being poor did not become a hindrance for Felix. Instead, this became his inspiration to try harder to succeed in life so he could also enjoy the same conveniences that his classmates had.

Things were not easy for him at first. As bus conductor, he only earned a few pesos per day, but someone inspired him to try harder to reach for his dreams.

In America, the former bus conductor found fortune after investing everything he had in a fleet of cars for rent.

Why are Bus Conductors Important?