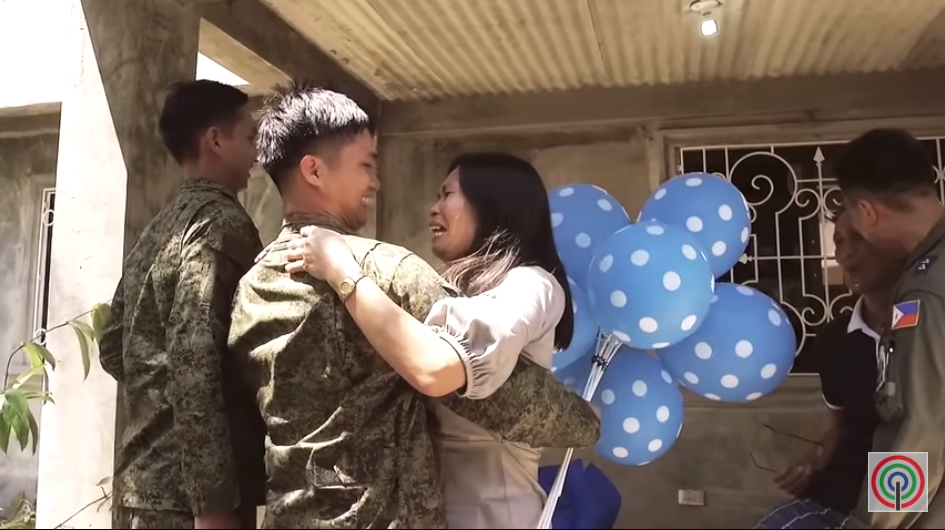 It is said that a mother will never stop worrying about her children, no matter how old they get. And that especially holds true for moms whose children work in dangerous jobs such as in the military.

So, can you just imagine how Mommy Milvina Garcia feels when her sons, all three working in the military, are out in the field?

Mommy Milvina and her husband Gerardo Garcia have three sons – and all are working in the military! Whew.

1st Lt. John Melvin Garcia, the eldest, works as pilot in the 15th Strike Wing of the Philippine Air Force.

1st Lt. Gerson Garcia, the middle child, is in the 1st Infantry Division of the Philippine Army.

2nd Lt. George Bernard Garcia, the youngest, is also in the 1st Infantry Division of the Philippine Army.

Knowing that these three work in some of the toughest positions in the country, where they don’t really have a lot of control over their days off and vacation leaves, Mommy Milvina admits that it is quite a challenge to get all three sons home at the same time.

Family occasions and gatherings might be easy for other families but for the Garcia family, it had been a long time since they were complete.

During the Marawi Siege, all three brothers were out in the field – with Gerson and George on the ground while John provides support from the air. The eldest brother felt fear for his brothers who were more at risk in their positions in the combat but they managed to survive the hardest days.

As part of ABS-CBN’s Family is Love miniseries for Christmas, the young soldiers surprised their mother on her 51st birthday – and she admits it was the happiest birthday she’s ever because this is the first time in years that the family has been complete for the occasions.

As for the soldier siblings, they might be the country’s heroes but for them, the real heroes are their own parents…