You don’t have to be rich to have a big heart for others – and that is proven by a group of teens who contributed part of their allowances for a hungry kid. 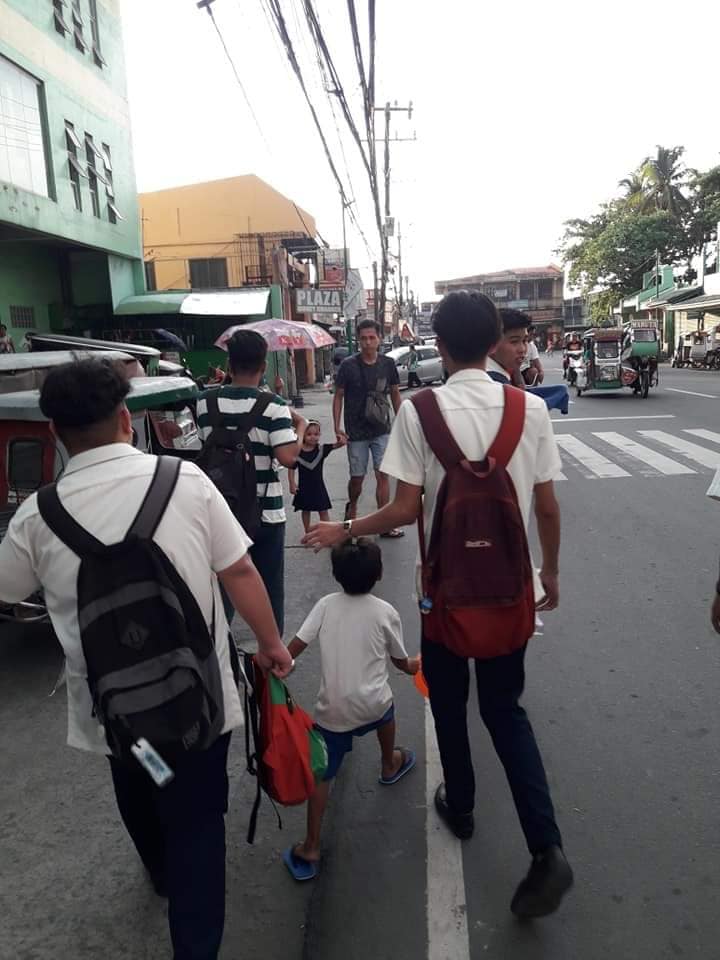 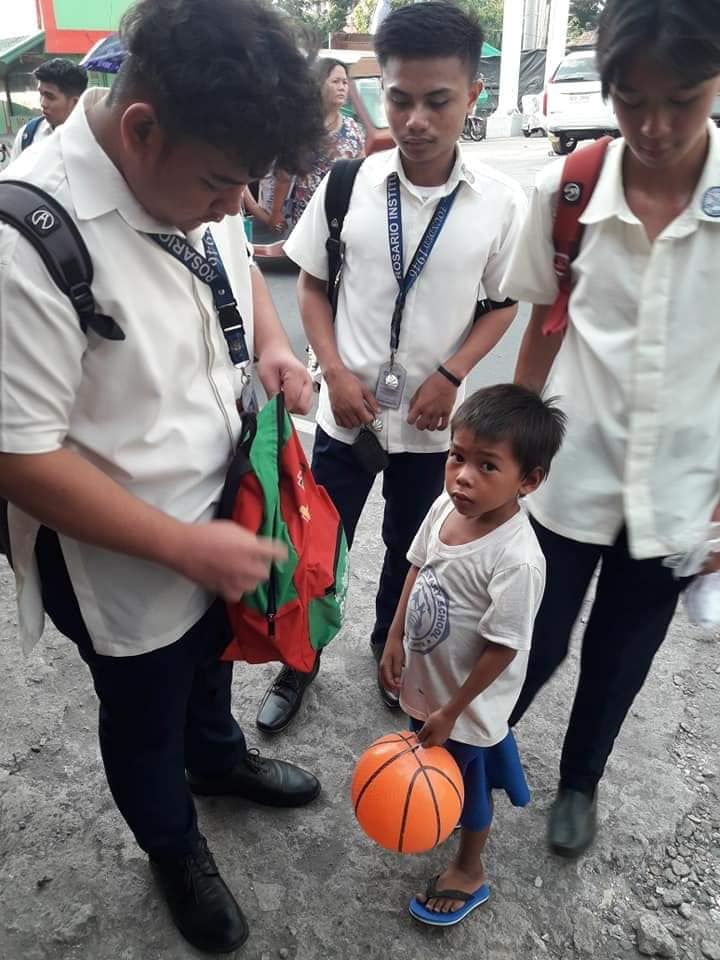 They returned the boy’s money and got him food they paid for themselves.

Seeing that the boy was dirty and was not even wearing proper uniform for school, the teens thought it would be a good idea if they also buy some stuff for the poor kid. They are not rich themselves, but these teens knew how it feels to be hungry and not have enough money to buy food as well as proper clothing. 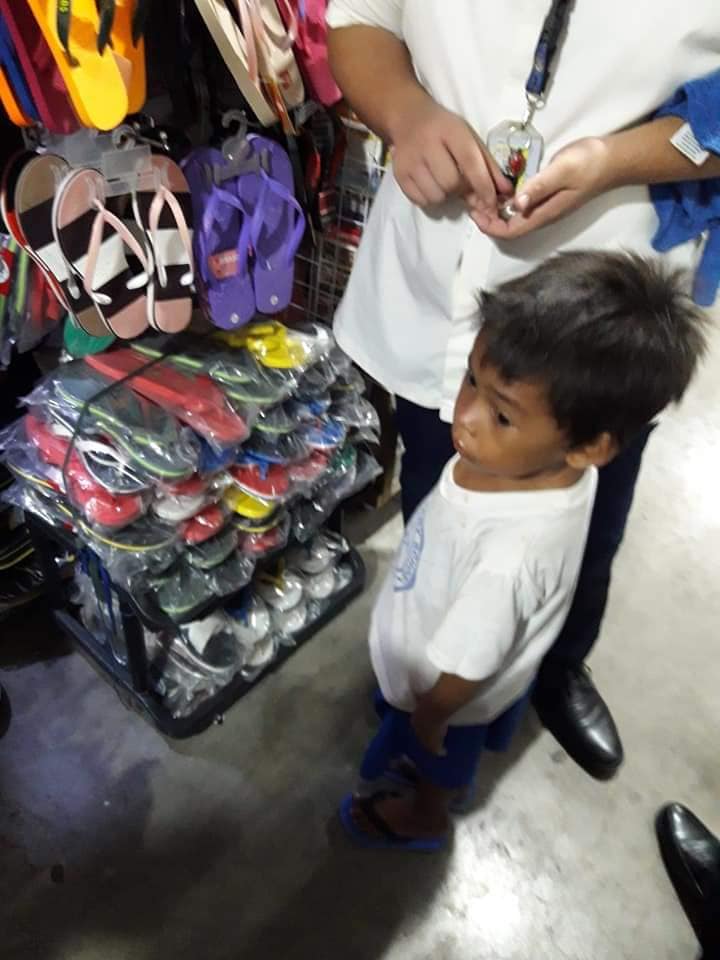 So, after eating, they took the kid to the nearest store where they got him a pair of new slippers and some white t-shirts he could use for school. Seeing that the kid was looking longingly at another kid holding a toy, they asked him what toy he wanted – and he picked a basketball. 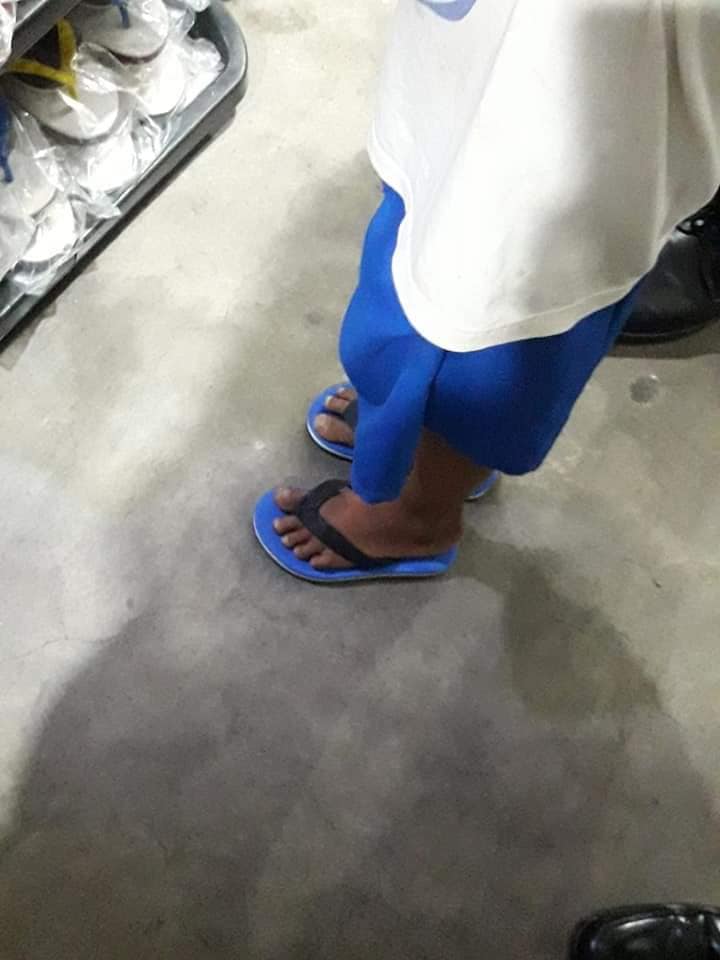 Many netizens were impressed by these teens’ action, saying that these guys were raised well by their parents. Many hope that the kid would also see the value of these teens’ deed and later pay it forward in some other way. 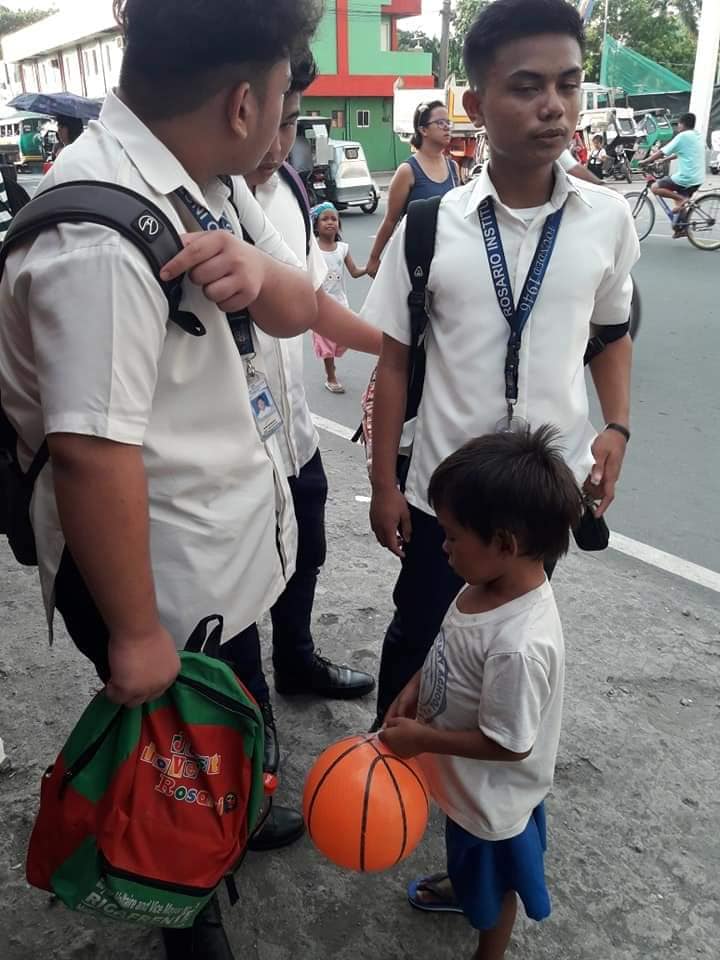 What is Pay it Forward?

The concept of paying it forward is for the receiver of a gift or donation to share something now or in the future to others in need, in any other way they could. The donor or giver does not expect anything in return but wish that the kindness will be shared with others, too. 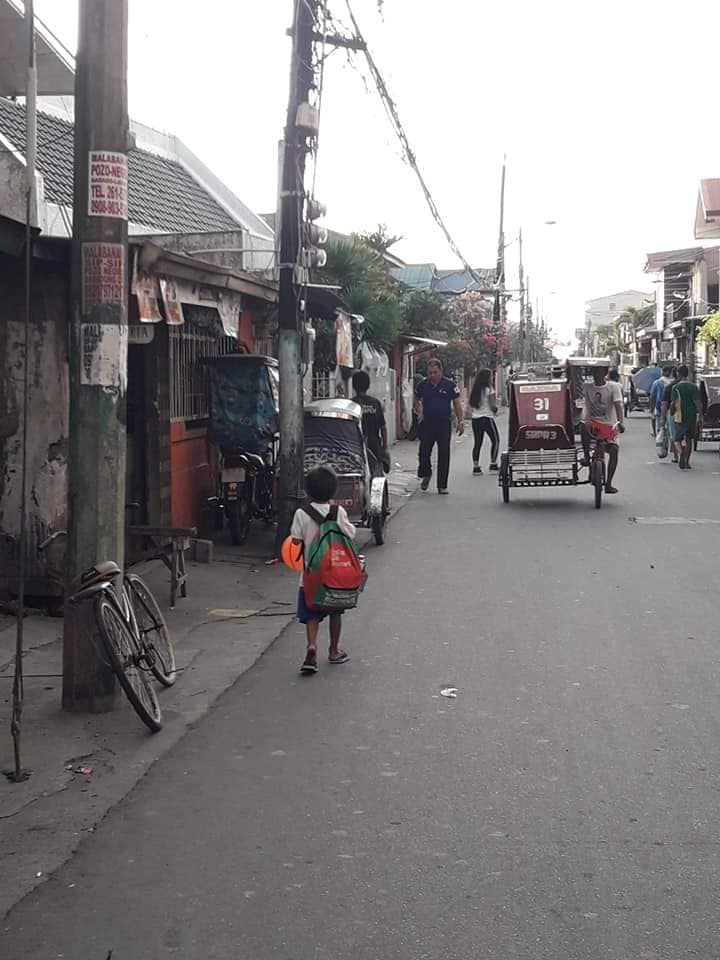 One dad impressed netizens after buying a mountain bike worth Php13,000 for his son using the Php10 coins that the family saved in their piggy bank. It took the bike shop 30 minutes to count the money, but it truly impressed so many people.

Have you ever tried saving money in a piggy bank? Many people try to do that and are able to save a few hundred or thousand pesos. But one dad amazed netizens when he saved up Php13,000 which he later used to buy a bike for his son.

In a post on Facebook, Bisikleta Manila praised Manny Herrera of Bacoor, Cavite, but his determination and hard work in getting his son the bike he wanted.

“The fruit of your own hard work is the sweetest.” — Deepika Padukone

The whole team is so proud of you sir Manny Herrera of Bacoor, Cavite for your hard work and determination in getting the bike of your dreams. May you and your son enjoy your new bike. Happy to see you today. We got so inspired!”

According to Lorna Balancar, the wife of Manny Herrera, their second son Giruo Jet B. Herrera really wanted to have a bike but they couldn’t pay for it in cash right away. So, the family decided to save up all the Php10 coins that they receive at their sari-sari store.

The young boy dreamed of getting that bike last year and it took them a few months to raise the money.

Manny and Giruo traveled about an hour away to search for the right bike to suit their budget and what the younger man wanted. They finally found the perfect mountain bike at Team Bisekleta Manila.

The duo was so excited to buy a bike that they didn’t even have the time to get the coins changed into bills at the bank. But the bike shop didn’t mind – even if it took them 30 minutes to count the cash.

Why is a Mountain Bike Better than a Regular Bike

A mountain bike is built for tough terrain and can handle bumps better than a regular bike. It has better shocks, a sturdier build, a taller ride height, bigger wheels, and more gears.

How much were you able to save up, especially during the pandemic? Most of us would say “not much” or even “none”, but a couple managed to save Php154,000 from doing various businesses in 10 months. Impressive, huh?

Almost everyone agrees that it’s really so difficult to save money, especially because there are a lot of things that we need to pay for, plenty of bills to pay, and other needs or even wants that we spend our earnings on.

But couple Chi Kai and Jazzely Ebarom impressed netizens after they saved a lot of money despite the pandemic.

In her inspiring post on Facebook, Chi Kai wrote that she and her partner managed to save Php154,000 from doing various businesses: selling ukay-ukay, top-grade bags, beauty products, and just about anything they could think of.

According to Chi Kai, she’s sharing this post to inspire other people to do the same, not to brag about what they were able to achieve. She added that their story can inspire others to try their best and work hard to achieve their dreams.

She also said that she’s lucky to have a partner who inspires her to work harder and also motivates her to save money.

So, how was she able to save so much money? Chi Kai said that instead of spending her earnings on luxury stuff and things that she didn’t need, she would save a portion every week. She folds the money and places it inside their shared piggy bank.

The couple was quite surprised to see that they were able to save that much money in a small piggy bank.

While many netizens pointed out that folding the money isn’t a good idea because it could damage the paper, more were inspired about the fact that she managed to save up.

Saving money is great but it’s important to keep the bills from getting damaged. The penalty for “willful defacement, mutilation, tearing, burning or destruction of Philippine banknotes and coins” is a fine of not more than PHP20,000.00 and/or imprisonment of not more than five years, depending on the gravity of the offense.

A half-Badjao girl who used to dive for coins at the pier is celebrating her success now that she has become a teacher and a master’s degree holder. Who would have thought that she used to do that in her younger days, huh?

Life was difficult for half-Badjao Arlene Eje Alex while she was growing up. Despite being poor, her father refused to let her dive for coins at the pier or beg for money in the streets like other Badjao children.

But her father got sick while she was still young; so, she did those things so they can have some food. They lost their dad when she was just 12 years old.

Life was difficult but she also knew that if she doesn’t go to school, she’d be stuck in the streets or the pier for the rest of her life. So, she found ways to send herself to school.

Through hard work and determination, she was finally able to complete her degree in Education. But she didn’t stop there. She continued to work harder and study more – and has now become a Master’s degree holder.

Why Badjaos Dive for Money in Pier

Badjaos live in the waters, originally in the Sulu Sea. But various problems forced many of them to travel to other places in the Philippines, diving the pier waters for coins that people toss.

It’s unknown how exactly this practice started but it’s common in many piers across the Philippines.

Badjaos are known to have the ability to hold their breath for minutes, making these dives particularly interesting.