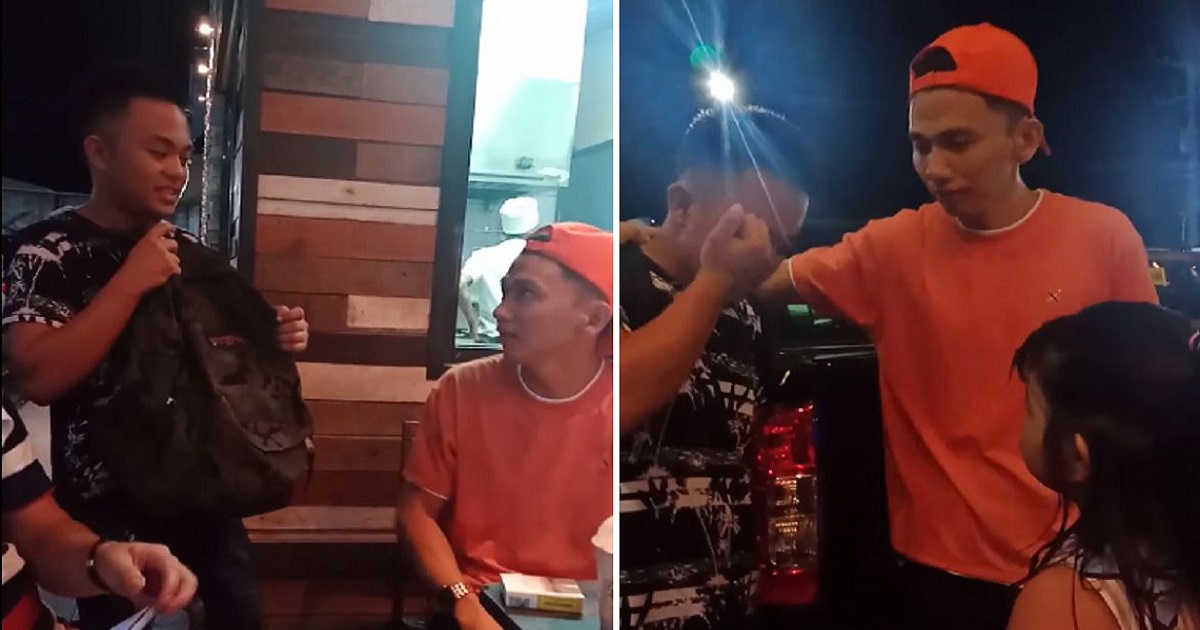 He sells pastillas to earn some extra money for school, but the student received a wonderful surprise from a group having a New Year’s party. Netizens praise the student for trying his best to support himself in school and also the kindhearted person who gave him a special gift at the party.

On its Facebook page Sabrinacio Footwear – main, the kindhearted store owner shared a video of what transpired. He and his family were having a New Year’s Eve party when a young man approached them, offering a pack of pastillas.

Interested more in helping the young man than in the food he was selling, the businessman began asking the seller more about himself, why he was selling the pastillas, and how much he earns if he sells out all the pastillas he is bringing in his bag.

According to the young man, he earns around Php1,000, but only if he starts out with a full bag and if he sells out everything. He shyly admits that he is doing this to earn money for school.

Perhaps he thought the guys were just trying to prank him or something when the businessman offered him Php1,000 so he can keep his pastillas and go home. It was New Year’s Eve, the businessman told him; it was best that he goes home and spend time with his family instead of being in the streets, selling pastillas.

One might think the businessman might be joking but he asked for his wallet and pullet out Php1,000. Then, he increased the offer to Php1,500 as long as the young man would go home! While he probably thought the other guy was not serious, the young man was soon moved to tears when the businessman really gave him the money.

Aside from that, the businessman also told him to do well in school and find the store when he graduates from college because the businessman will be the one to pay for his “handa” (celebration). Wow!

Pastillas is a milk-based confectionery that originated from the town of San Miguel in Bulacan, Philippines. The sweet treat would soon become a popular snack item across the country.