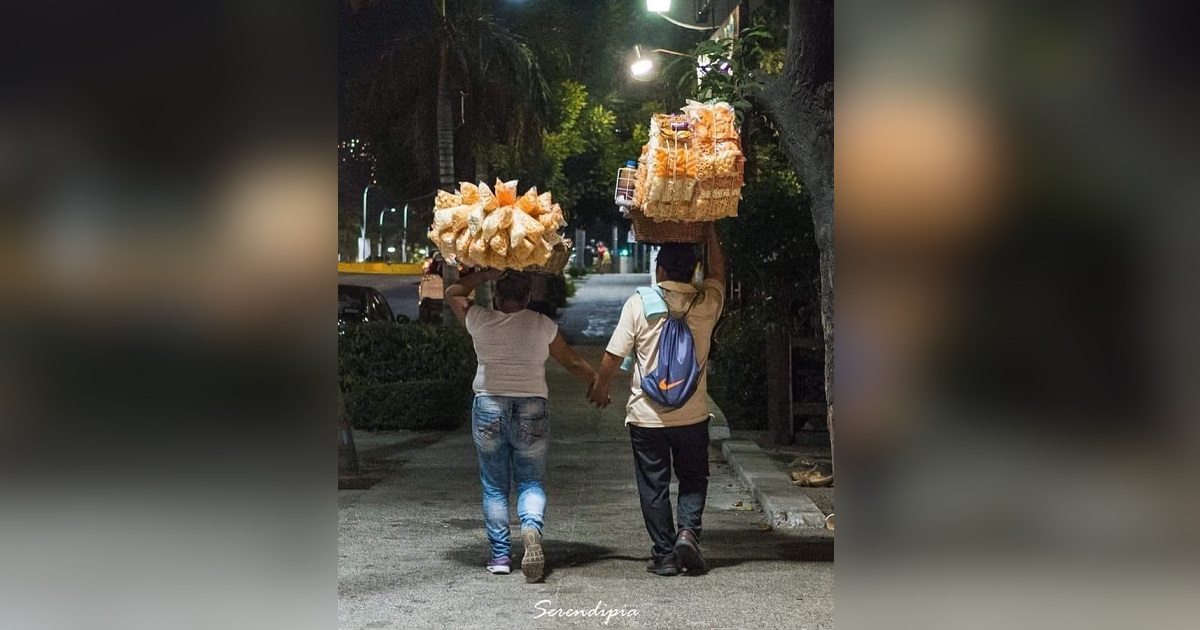 While it is nice to have a lot of money, especially when you have a family and want to raise kids, a lot of people would still prefer to find love and happiness with their partner, no matter what situation they are in.

Recently, a street vendor couple made a lot of netizens express their admiration and, some, envy after they were photographed holding hands while they were selling ‘chichiria’. Many admired the couple for showing their love for each and being sweet as they sold their goods in the streets.

Facebook user ‘Good Goods’ shared the photo on the page, with the caption, “Hulog ng Langit ang babaeng nag stay sau sa panahong walang wala ka.” It is a sweet praise to the woman for not leaving her man, no matter how hard their situation is and how poor they might be.

It is unknown whether the two vendors are a married couple or if they are still in the early times of courtship, but what is obvious is that they love each other and are not ashamed to show it! It is also clear that they don’t have a lot of money, but that does not prevent them from being in love with each other and sticking with each other even in the hardest times.

Now, isn’t that the true essence of loving each other through thick and thin?

A lot of netizens half-joked as they commented “sana all” to the picture. Many also tagged their partners, with many saying that they also love their partners and have always loved them no matter what financial situation they were in. Others shared their stories as they started out with very little money but have found success later in life because they helped each other.

Success is the accomplishment of a goal or purpose. For many people, success in life means having a lot of money, a good career, and a happy family.