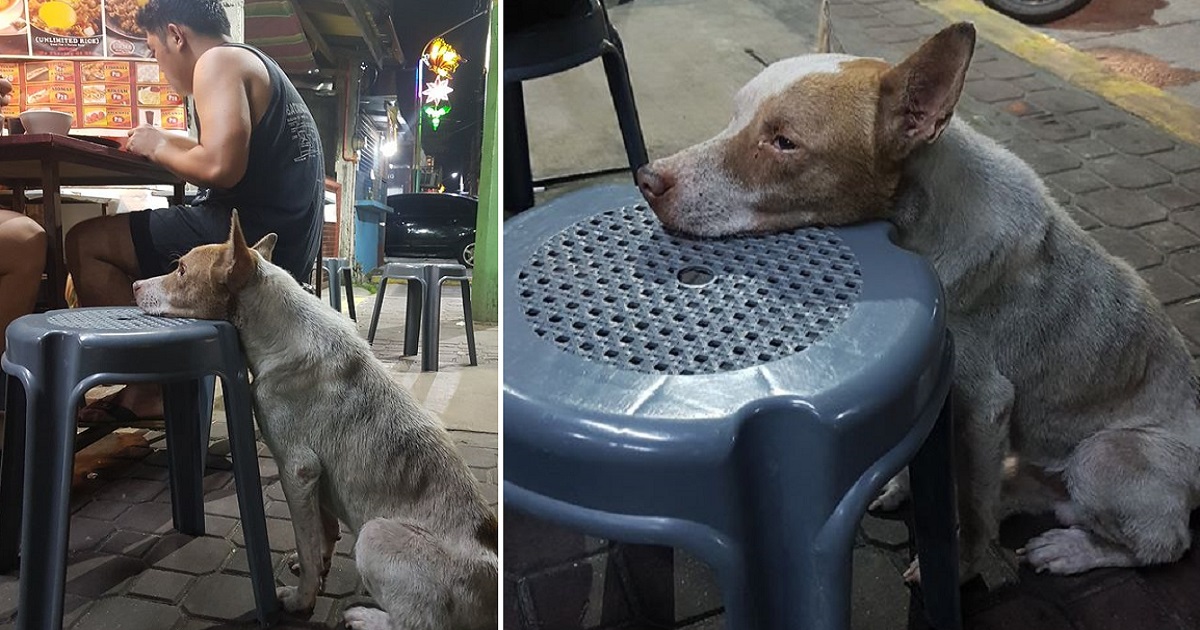 An adorable street dog recently went viral for patiently waiting as it begs for leftover food from diners at a food stall by the sidewalk.

Photos of the cute dog were shared by Renz Sy in a post on Facebook. In the pictures, the dog looks hungry and tired, yet it patiently waited for the diners to give him leftover food. What made this dog extra special is that it looked smarter than the others.

The poor dog put his head on an extra plastic chair set close to the diners. It was quiet as it waited for the diners to give it some food, but the pose is so dramatic that it captured Renz’s attention.

“SMART DOGS ARE USUALLY THOSE WHO ARE LEFT IN THE STREETS 🙁 I captured this photo after I saw him waiting and begging for leftover food from strangers,” Renz wrote.

Renz added that the dog can be found near Ranchos Dasma, a food stall in Dasmariñas, Cavite.

But the post drew flak from many netizens who thought that Renz just took photos of the dog, without giving it some food! While he did not put photos of him actually feeding the dog, Renz and his companions actually gave the smart dog some food to eat.

“To make it clear lang po. I posted this pic kasi natuwa ako dun sa aso. (Lamang yung natuwa kesa naawa). What I want to show is that dog is very amazing. He became street smart and acquired some skills in order to survive.

There were also many netizens who urged him to adopt the dog, but Renz explained that he didn’t have time to take care of a dog at home. Later, he shared an update that a Good Samaritan already adopted the dog. Great news, indeed!

A food stall or a food booth is a temporary structure that is used to sell food. While the structure is temporary, many vendors in the Philippines actually sell food in these stalls for an extended period of time.