The son of a housemaid and barangay tanod, Jhonrick Art Catindoy Orense had always been discouraged by his parents to pursue a degree because they knew they were poor and could not afford to send him to school.

After he completed his degree, Bachelor of Arts in Journalism, Jhonrick shared a short summary of his story on his Facebook account where he would inspire over 200,000 people with his post.

In his post, Jhonrick shared several things his parents had told him in the past. 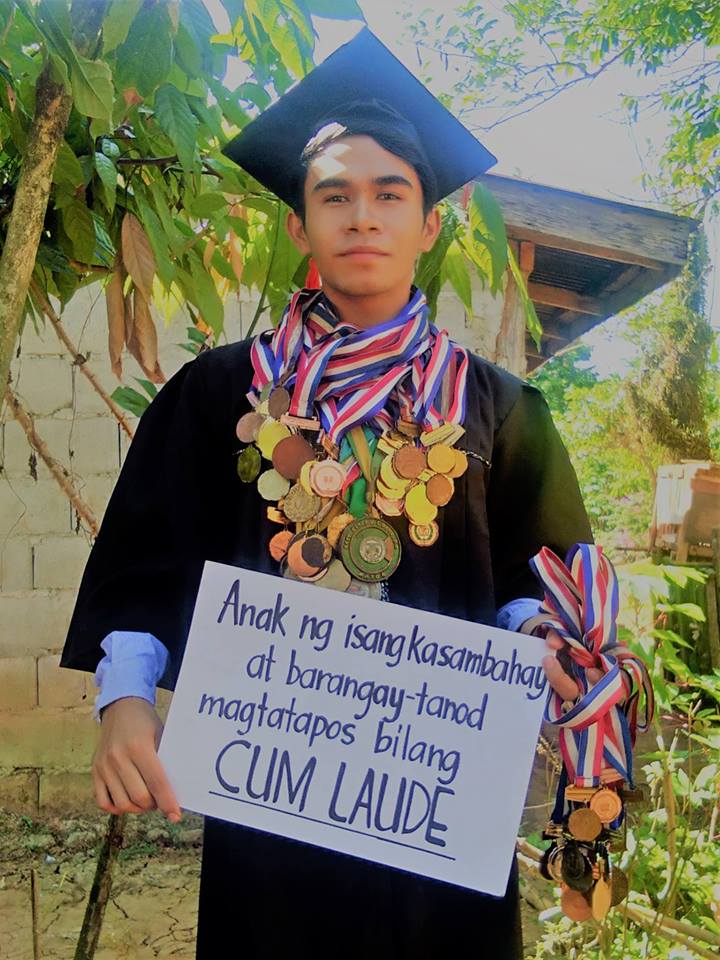 Of course, those things were true – and he knew his parents were only telling him those things because they knew they are not capable of sending him to school. But the young student refused to give up. Instead, he found ways so he could still go to school even though they were poor.

His parents had very little to give. As barangay tanod (village watchman) and housemaid, they earn below the minimum wage, yet he did not give up on his dreams.

On his graduation day, he posed with the many medals he received throughout his student life and proved to everyone that anyone can dream, no matter how difficult their circumstances in life might be…

“This is not to boast my achievements. Rather, I am posting this to inspire and motivate everyone who think they can’t. Always think that financial constraints is not an excuse. Just like you. I am an ordinary person but I chose to do things extraordinary. A friendly reminder that poverty is never a hindrance to success and anything you aspire and dream of will always be possible with faith,” Jhonrick ended his post.