A father and his four kids had ridden the wrong bus on their way home; thus, they got stranded and had no way to reach their home because they ran out of cash. Walking around town for several days, they found help in a kind security guard who would give them money to return home.

In a post on Hanep TV, Racel Diola Melargo shared that the family had good fortune in asking the security guard for directions. Taking pity on the family, he decided to help out.

According to the story shared on the Facebook page, the family came from Manila. They were on their way to Lemery, Batangas because according to the father, his wife passed on and they were headed to her wake.

But the bus they had ridden was actually headed for San Pablo, Laguna. They were stuck at Tanauan, Batangas, but had no money to ride another bus for home. So, they spent three days just walking around the city, just waiting for help from other people to survive.

Stuck in the city with no money, they planned on walking to Lemery. They thought it would be a good idea to start walking to Lipa but had no idea where to go. One of the kids asked a guard for directions. When he learned about their story, the guard had tears in his eyes – and he readily gave them money so they can go home safely.

Considering that security guards don’t even have a lot of money as they, too, live on minimum wage (oftentimes lower than the minimum wage, actually, since they go through an agency), many people were impressed by this guard’s kindness. 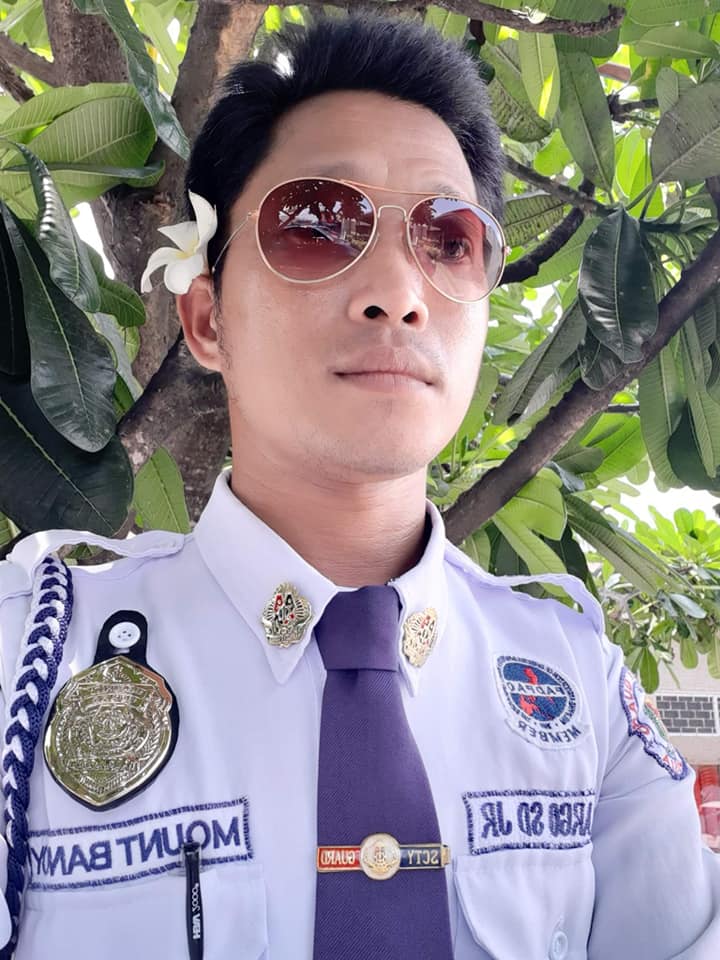 He was later identified to be Racel Diola Melargo. Everyone was all praises for this kind-hearted security guard and the story went viral.

Recently, Melargo posted a clarification on his Facebook page that the story happened a long time ago. He confirmed that he did help the father and his children, but later learned that his wife was actually alive; they were just having some family problems at the time, thus he made up the wake story. But the family is alright, and the kids are back with their mother again.