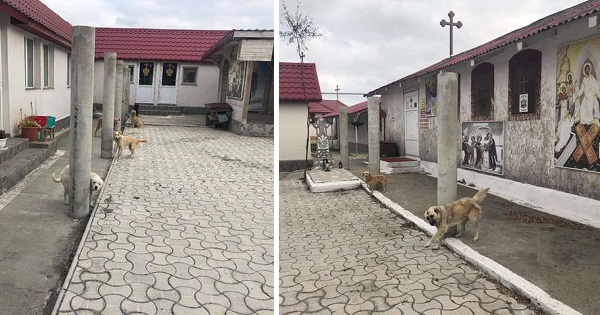 A well-meaning priest rescued eighteen dogs off the streets, thinking he was doing them a favor but the dogs had to be rescued again because the priest chained them at the church yard and have them very little food. Tsk. Tsk.

Staff at Barking Mad Dog Rescue in Romania received a tip from a concerned citizen that some dogs were being chained at a church yard and looked rather unwell.

Two volunteers were immediately dispatched to the church to investigate the matter – and were quite shocked that there were a total of eighteen dogs in need of rescuing.

All the dogs were chained outdoors and didn’t even have a bit of shelter except perhaps the small shadow of the posts they were chained to. Many of the dogs have chains that are too short they could not even lie down; thus, must have to sleep while sitting – and with the chains being too short, these were soon digging into their necks.

The dogs have been chained for so long and were mostly left on their own that they were all excited to see the two volunteers, standing up at attention as the two arrived. The dogs wagged their tails in welcome and were soon ‘hugging’ the volunteers, team leader Gea shared.

They talked to the priest and were told that he had ‘rescued’ the animals from the streets. He fed them every Monday and Thursday, thinking that was enough. No wonder the dogs were all so malnourished.

Fortunately, he was fine with the team taking the dogs but the shelter was not equipped to handle so many dogs at once. So, the volunteers only got six of the dogs that needed the most care, then swiftly built addition enclosures at the center to accommodate the rest of the dogs.

All the dogs are now in the care of the shelter. They will be fed, nourished, spayed or neutered, and vaccinated before the shelter will help them find a new home.

Thanks to these real rescuers, the dogs are now safe from their first ‘rescuer’. 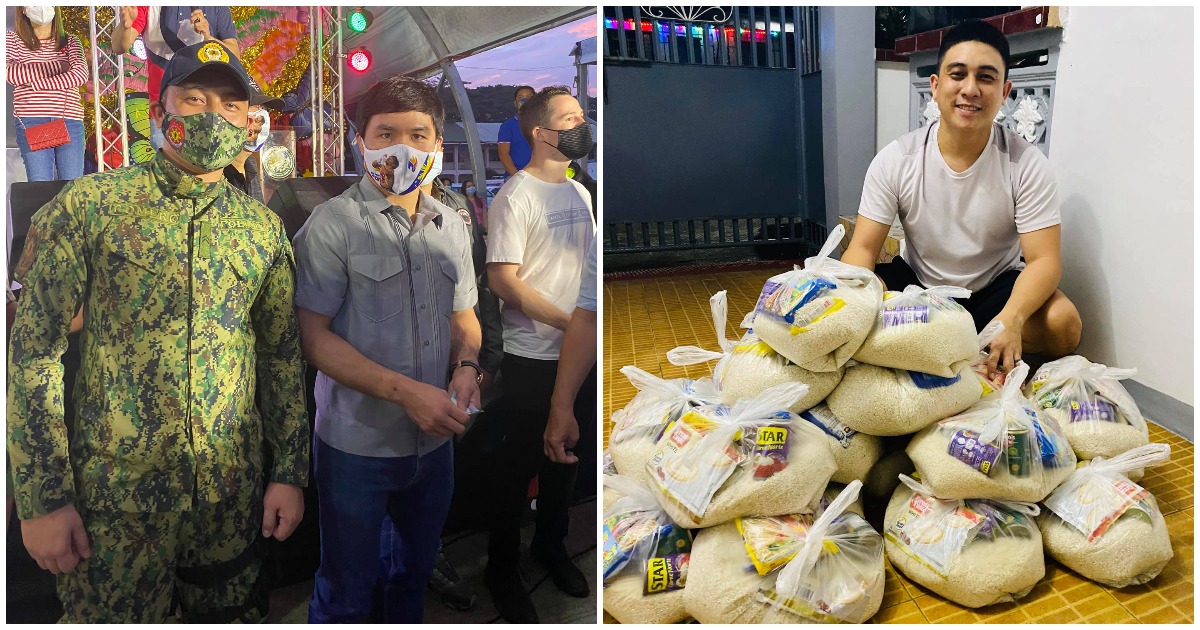 All he wanted was to have a photo taken with Sen. Manny Pacquiao but when he received money from the boxing champ, a policeman chose to use it to buy groceries for the poor!

Ever since he became rich due to boxing, now Sen. Manny Pacquiao has always been generous. He gives money and gifts to friends and family. But he also does so to strangers, to fans who flock to his house to ask for help throughout the year, even back in the time when he wasn’t a politician yet.

Recently, PCpl Carlo Romero had a wonderful encounter with the boxing champ. Knowing that this might be the only opportunity he will have to be up close with the international athlete, Romero seized the moment and asked for a photo with Pacquiao at an event in Dasmariñas, Cavite.

The boxing champ readily posed for a photo with the policeman before handing him the remaining wad of money he had in his hand. Apparently, the senator had been giving away ‘ayuda’ to the people who were attending the event.

The policeman did not disclose how much Pacquiao had given him, but the wad of money looked thick – and it appears to be all Php1,000 bills.

Instead of keeping the money to himself, however, Romero decided to use it to buy groceries for the poor. They repacked the items and distributed it to the needy, thanking the senator for this opportunity.

When Did Manny Pacquiao Become a Politician?

For most of his adult life, Manny Pacquiao has been a boxer. But as he grew older, he started to gain interest in politics. This started in 2007 when he ran for a seat in Congress but lost. He finally became a Congressman in 2009 after moving to Sarangani. 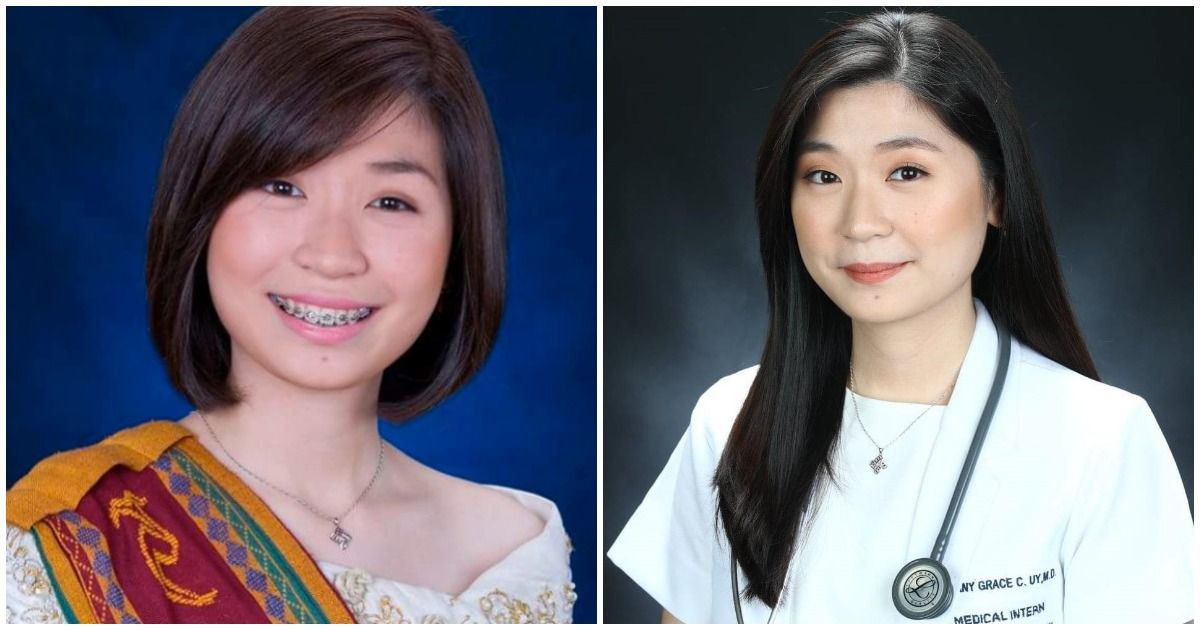 She went viral for having the highest GWA in UP – and now she goes viral again for ranking Top 5 in the Physician Board Exams! Wow.

Tiffany Grace Uy wowed netizens as she ranked fifth in the November 2020 Physician Board Exams. However, netizens were not really surprised that she achieved such a feat, considering that she went viral a couple of times for having the highest GWA in UP and graduating with Latin honors.

But Uy truly stood out with her impressive general weighted average grade (GWA) of 1.004, the highest ever received by any student at the University of the Philippines (UP) since World War II. That’s a truly impressive feat.

Uy earned praise from netizens for her genius mind. When she shared that she wanted to be a doctor, a lot of netizens believed she could easily ace through med school and even top in the board exams for physicians!

What’s the Meaning of Flying Colors?

Doing or achieving something with “flying colors” means that it was completed with an overwhelming victory, triumph, or success. For students, this often means graduating with honors or ranking in the top tier of the class. 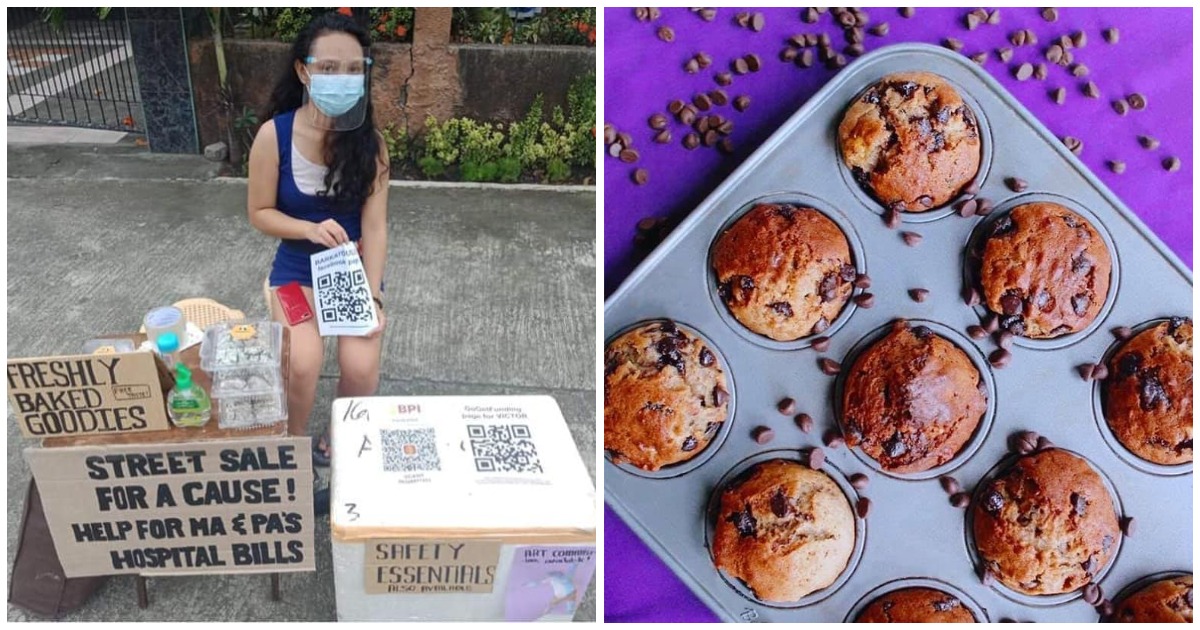 To pay for their parents’ mounting hospital bills, siblings put up a stall to sell baked goods. Their dad underwent a quadruple bypass surgery while their mom met an accident…

In life, parents are the ones who are expected to take care of their children, provide for their needs, and make sure that they are alright. Yet things don’t always go as planned.

In Cebu City, Vanessa Jane Navalta and her siblings had to set up a stall by the sidewalk so they can sell baked goodies to fund their parents’ respective treatments. They did not expect this to happen, of course, but the siblings are willing to do everything in their power to make sure that their parents get better soon.

“My dad underwent a quadruple bypass on the 10th and my mom got into a minor accident shortly afterwards. So our hospital bill is already almost P2 million na,” Vanessa explained.

Unsure where they are going to get the money to fund these treatments and pay the hospital bills, Vanessa and her siblings decided to raise money through selling baked goods. 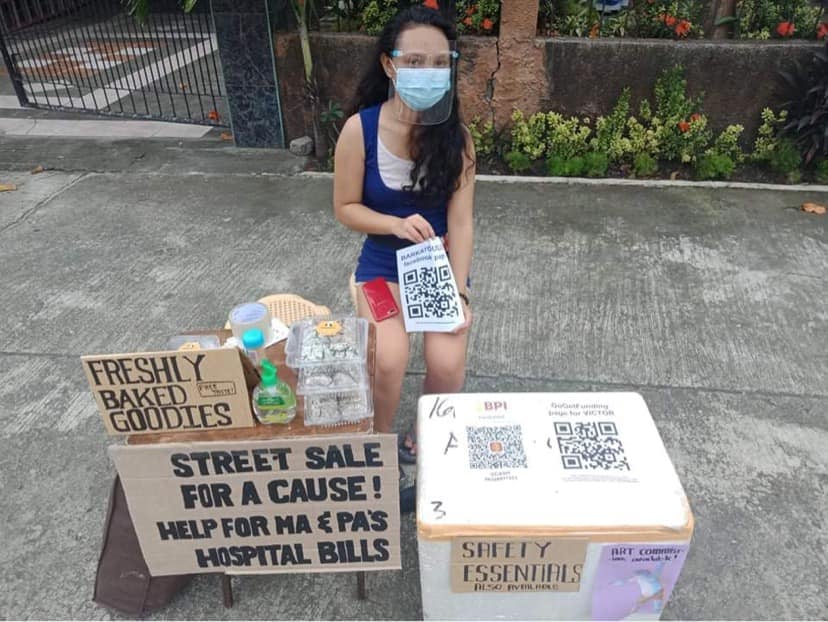 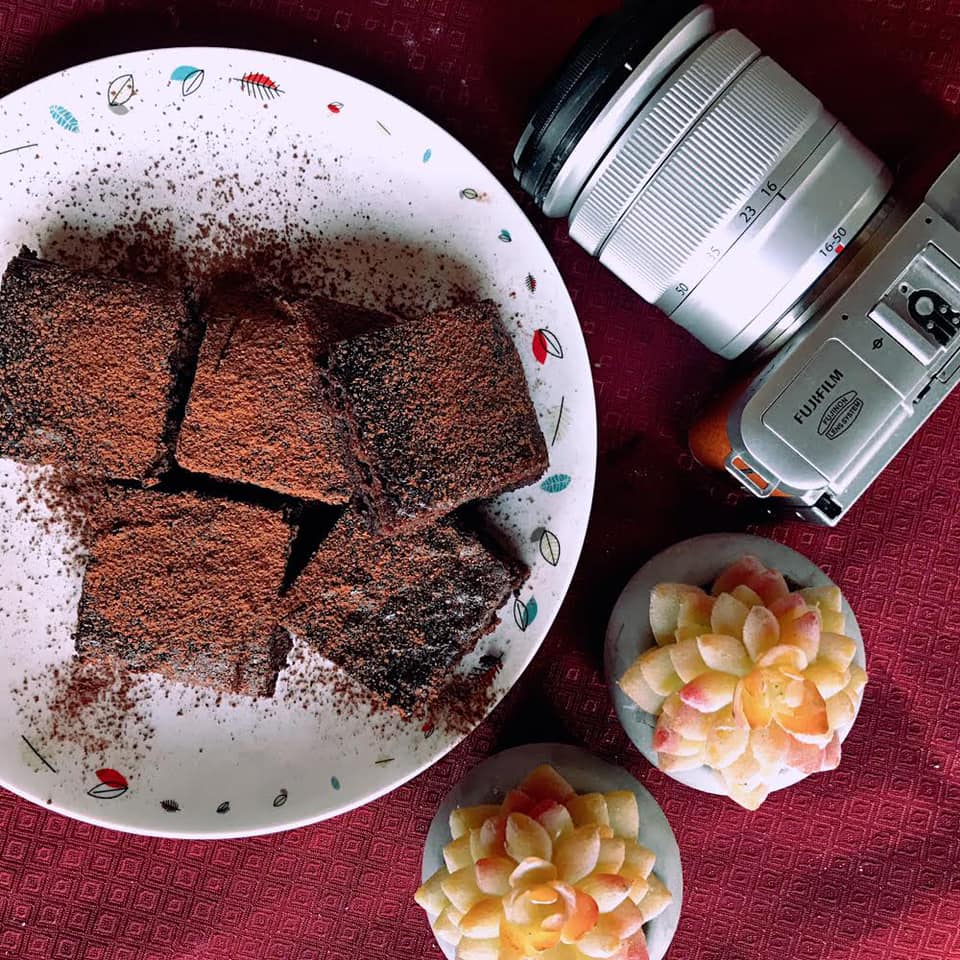 “For those living near (Lahug) or those who know people living near the area, please feel free to stop by the stall my sisters’ have set up to help raise funds for my dad’s hospital bills. The stall is set up in front of Cebu Aeronautical Technical School at Salinas Drive. It’s in front of Mango Six and beside Golden Cowrie,” Vanessa called out to potential customers in Cebu.

“They have a variety of baked goods sold, safety essentials, and my sister also accepts art commissions. You may also help by ordering through Barkatouille directly as well. My dad is still admitted and it’s been 15 days since so we still need all the financial assistance we could get.”

People were curious why their sidewalk shop is called ‘Barkatouille’, but it turned out that they first opened the online store to raise funds for their dog’s hospitalization. When their parents also needed to be hospitalized, the siblings decided to just keep the name. 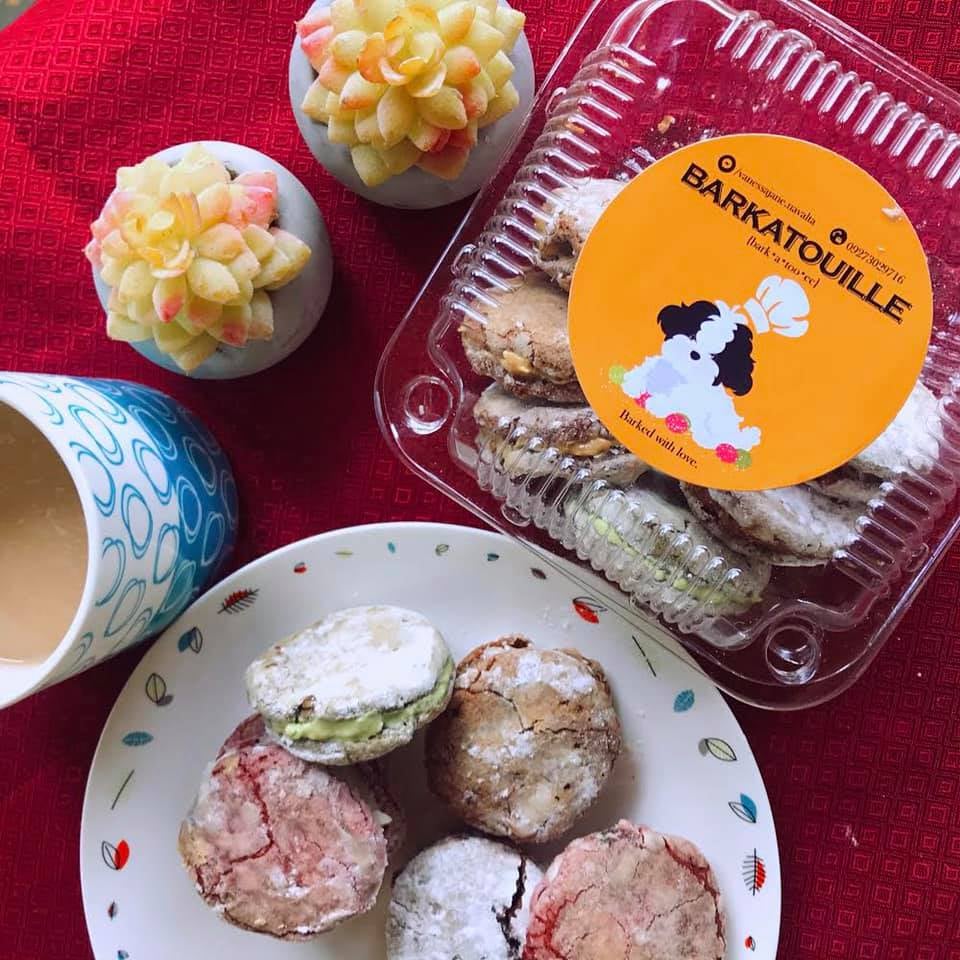 A quadruple bypass or quadruple coronary artery bypass surgery is a type of surgery that addresses four arteries in a single operation. There are five major arteries that supply blood to the heart. A quintuple bypass is the most complicated and dangerous of all.

Kids with No Parents Only Eat Coconut and Soy Sauce, Sometimes None