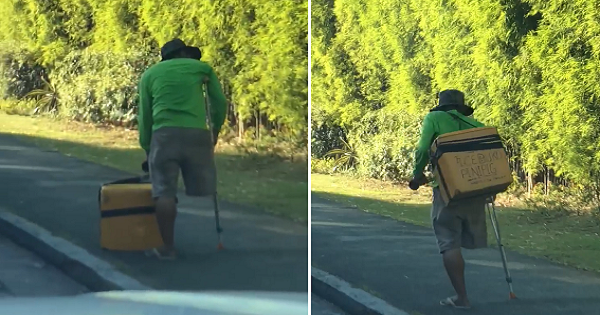 In life, we do have a lot of difficulties and challenges. These make us feel tired and ready to give up, yet there are wonderful people who remind us to hold on and never give up!

Take for example a one-legged vendor who recently went viral after someone took a video of him taking a short rest before walking again. 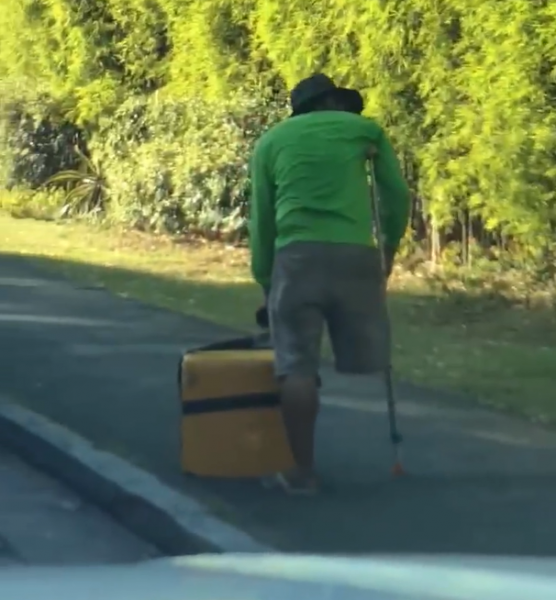 “Rest if you must but don’t you quit,” she captioned the video.

Many netizens were impressed by this vendor, knowing that he certainly has a difficult time carrying that heavy box on his shoulder, all the while trying to balance that thing while he walks. Despite the difficult situation, this man refused to give up.

He might have a hard time walking and bringing that heavy box but instead of giving up and staying at home, he simply takes a short rest when he is tired. After gaining a bit of energy back, he walks on to find customers to buy his goods. 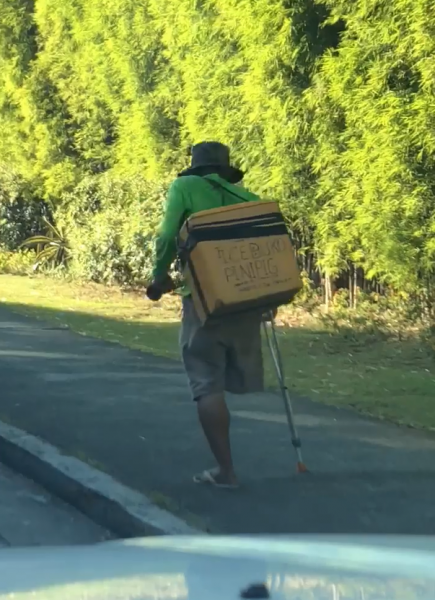 For his admirable determination, this still unnamed vendor earned praise from many netizens.

Others admitted that they felt ashamed that they feel so bad about their lives and are willing to give up when this man is determined to go on despite his situation.

There were also many who suggested that someone should find this man so they could send help. Some said that it would also be a good idea if they could chip-in to buy this man a cart he could easily push instead of this heavy box he needs to carry. 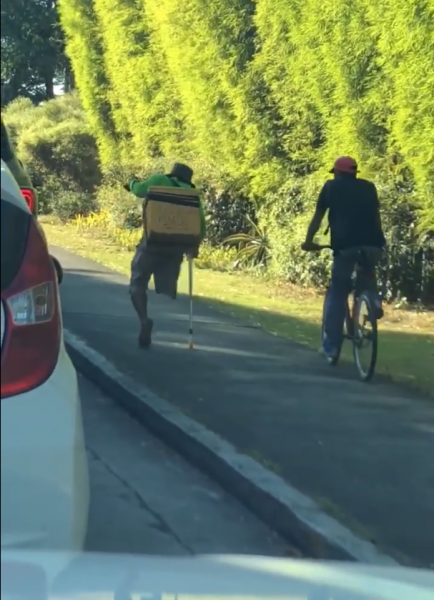 Someone shared that she saw this guy in Alabang while another said she saw him someplace else. It seems that the vendor actually covers a lot of area as he walks around Metro Manila. But if you see him, we hope you buy as many as you can…

rest if you must but don’t you quit