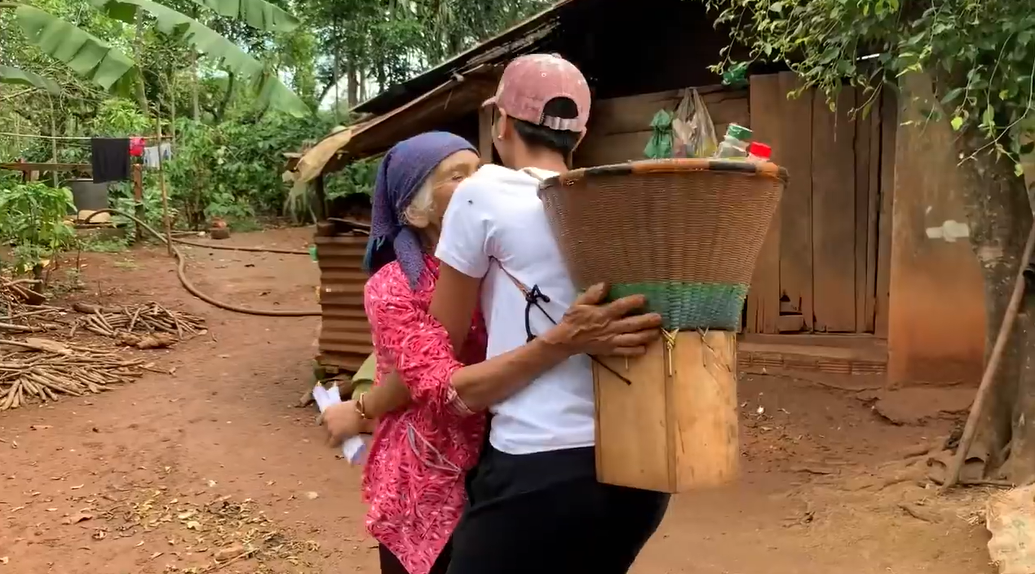 Miss Vietnam H’Hen Nie made waves on social media for working her way up to the top, from being a nanny and domestic helper to a Top 5 finalist in the Miss Universe pageant.

Everyone loved her back story, after discovering that she went against her tribe’s customs of marrying young so she could live a better future and later provide scholarship for the kids in her village.

But the 26-year-old beauty queen has once again made a lot of people smile and cry at the same time as her homecoming video was released by Sash Factor Vietnam.

In the video, the young lady wore simple clothes as she went back to her hometown after winning the Miss Universe Vietnam crown.

Despite what she had achieved and becoming richer by $10,000 in the process, the young lady remained humble.

In fact, she didn’t even use the money for herself but donated it to schools in her hometown, so she could provide scholarship to the impoverished kids in the village.

In the video of her homecoming, she didn’t act like she was better than the people in her village. In fact, she readily plopped down on the floor and ate using her hands.

She rode an overpacked motorcycle in the muddy roads and went from house to house, giving gifts to the elderly or providing stuff the kids needed.

It was a sweet homecoming that made everyone admire the humble beauty queen even more. Many were impressed that she remained down to Earth despite the success she has achieved.

She’s now a familiar face on TV and the internet, with many people admiring her for her life story but this homecoming video has given these people more reasons to love her even more! What an inspiring young lady…