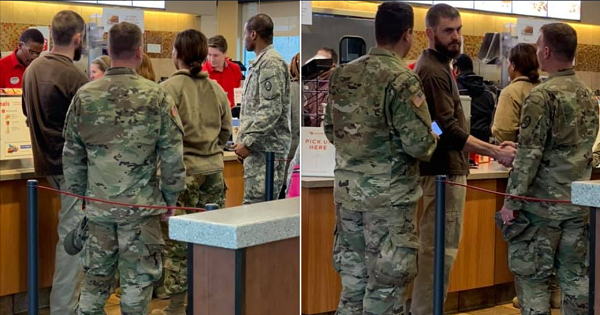 Soldiers are heroes, whether they survive the battlefield or not! But a number of people just don’t think the same way, believing that soldiers should only be considered heroes if they are wounded in war or had lost their life in the battlefield.

Sadly, a number of soldiers do survive the war but ended losing themselves, mentally, emotionally, and physically. That happened to one veteran who suffered from PTSD, but his brother would later honor him in a beautiful way.

Stephen Full was dining out with his brother Jonathan Full and their respective children when two soldiers came in and lined up at the counter. Without saying a word, Jonathan stood up and walked up to the two soldiers, offering to pay for their meal. 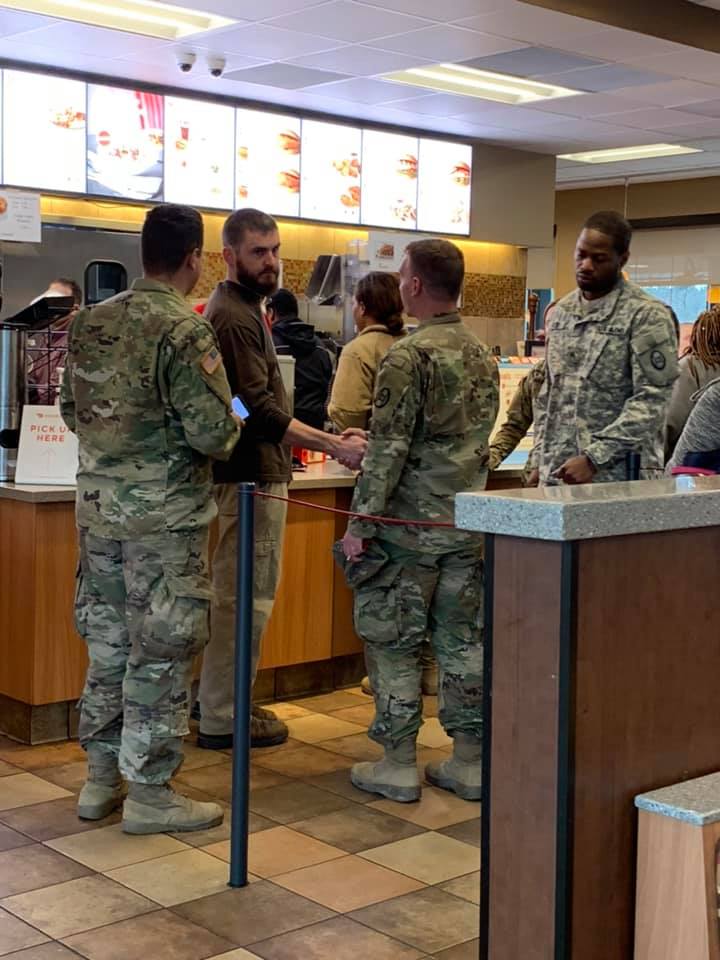 Moments later, nine more soldiers came in – and Jonathan also paid for their meals. He even asked those who were in line ahead of the newcomers to let them pass. Little did many know that Jonathan was doing this for their late brother, a war veteran who suffered from PTSD.

The soldiers first rejected the offer as they can certainly pay their own meals, but Jonathan insisted because he wants to do this in honor of their late brother, Joshua, who served as a marine in Afghanistan.

As he talked to the soldiers, he told about their late brother and advised them to seek help should they know someone with PTSD or might be the ones experiencing this. It’s a difficult thing for someone to go through, but Jonathan hopes no more lives will be lost because of the condition that often affects man soldiers. 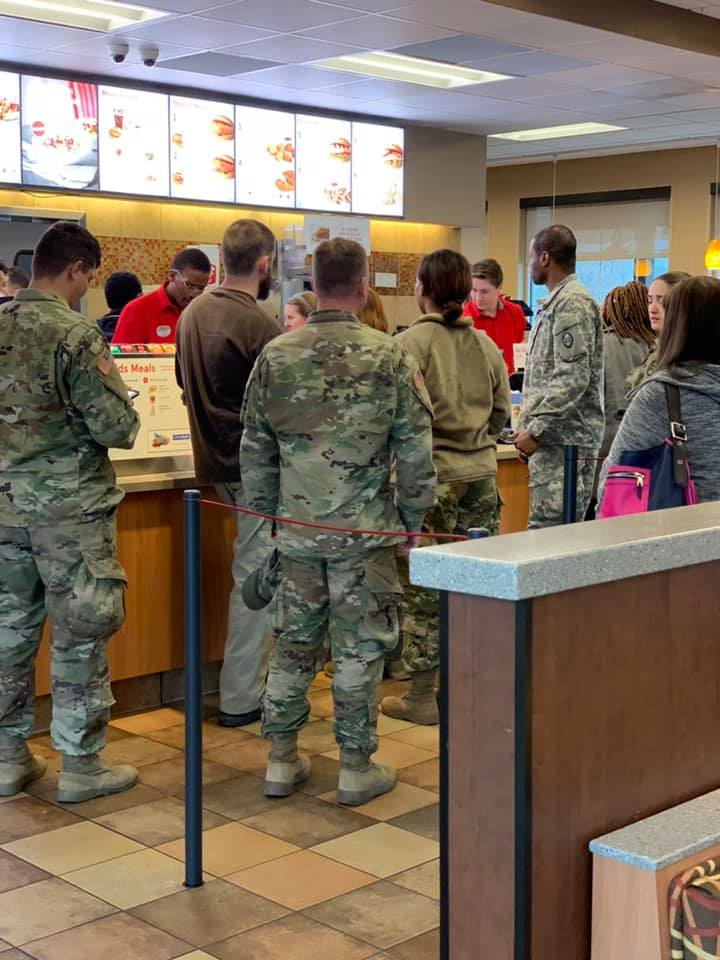 Stephen snapped some photos and shared these on social media, saying he was proud of his little brother and how he honored their late brother as well as teach “our boys to take care of the people that take care of us.”